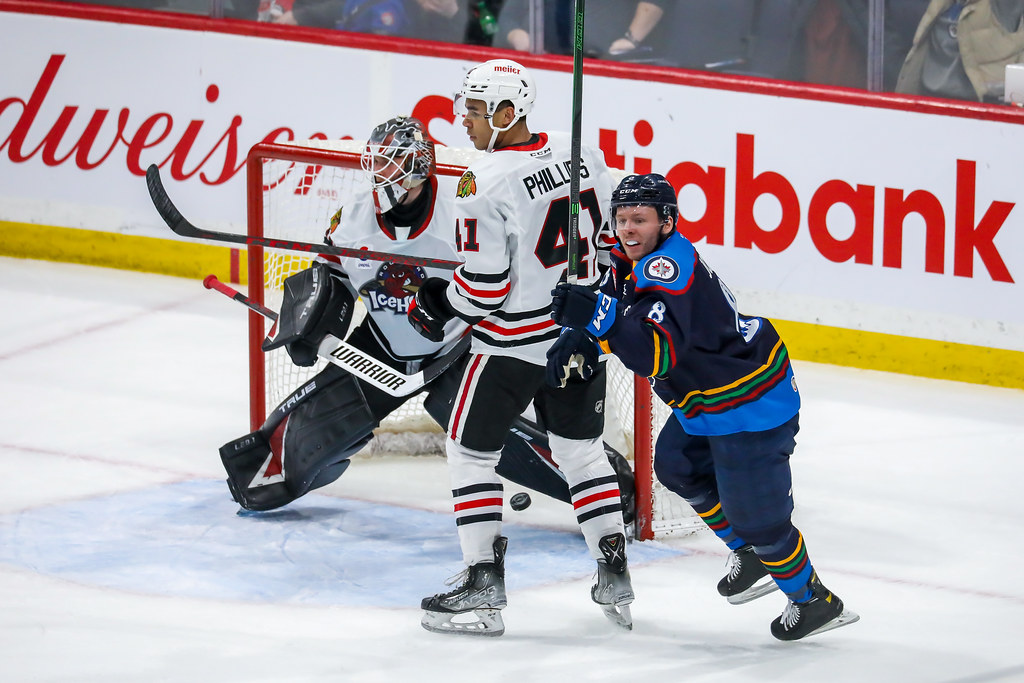 IceHogs Drop A Pair In Manitoba

IceHogs Drop A Pair In Manitoba

ROCKFORD, Ill.-The Rockford IceHogs arrived in Manitoba in fourth place in the AHL’s Central Division. They left it in sixth.

Rockford lost two games in disappointing fashion, losing 7-2 on Thursday night before letting a Saturday matinee get away from them. The Moose rallied to beat the IceHogs 5-3, sending Rockford to its third-straight defeat.

The IceHogs were able to skate with Manitoba early in both contests. However, Rockford had no answer for the Moose as the games progressed. Manitoba broke open a 2-2 game on Thursday with five unanswered goals. On Saturday, the Moose rallied from a two-goal deficit late in the second period before pulling away with a pair of third-period strikes.

Rockford’s penalty kill has been top-notch of late but surrendered key goals in both defeats. Manitoba potted three goals in five chances on the man advantage.

Two power-play goals in the space of five minutes in the first and second periods paved the way for the Moose on Thursday. Saturday afternoon saw Manitoba capitalizing on Hogs goalie Arvid Soderblom losing his stick in a collision with teammate Ryan Stanton. David Gustafsson sent a shot over Soderblom’s blocker, starting a sequence of four Moose goals over the next five minutes of game action.