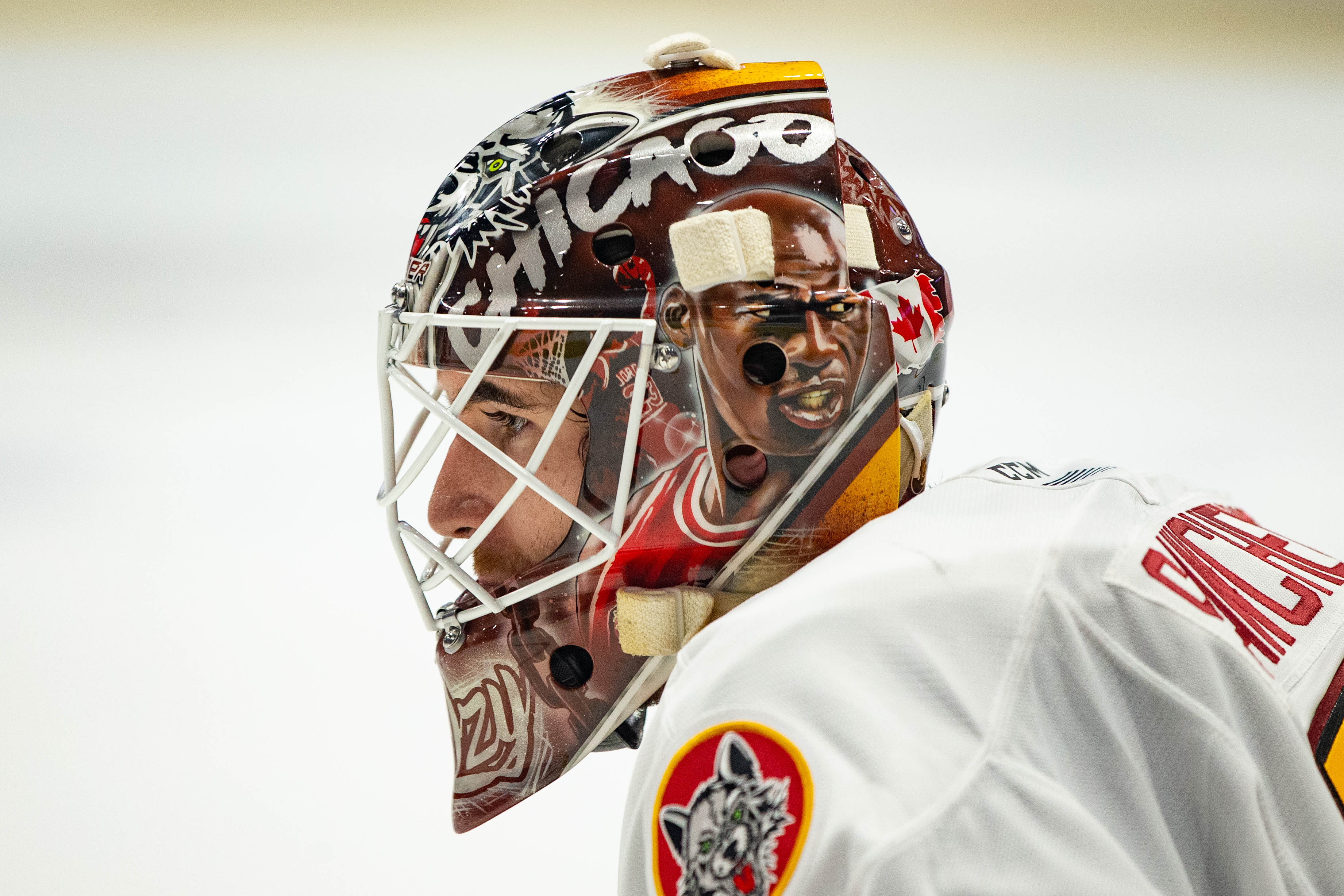 IceHogs Finish Rally Over Chicago in the Shootout

The Chicago Wolves reverted back to some bad habits on Friday. After jumping out to a 3-1 lead, the IceHogs scored twice in the third period to take the game to extra time, where Rockford would win in a six-round shootout for a 4-3 win.

IceHogs Finish Rally Over Chicago in the Shootout

ROSEMONT, Ill. – The Chicago Wolves entered Friday’s contest on what could be mildly described as a heater by their terms. The defending Calder Cup champions held a 4-1-1 record in their last six games, and their style of play had grown more and more structured leading to more offense and (on average) fewer pucks in their own net.

The Wolves also got a major bump in the roster as Jack Drury was reassigned from the Carolina Hurricanes, marking his first game in a Wolves sweater since early November. Coinciding with the return of a healthy Ryan Suzuki, the Wolves had a serious 1-2 punch down the middle of their lineup that was hoping to lead the Wolves back to championship form.

However, Friday night the Wolves reverted back to some bad, old habits. After jumping out to a 3-1 lead in this contest, the IceHogs scored twice in the third period to take this game to extra time, where Rockford would win in a six-round shootout for a 4-3 win.

Just under five minutes into this one and Drury was already making his impact felt on the ice. Drury would let a shot rip from just inside the blue line that was tipped by Josh Melnick in front of Rockford netminder Jaxson Stauber. The crowd at Allstate Arena, energized by the Wolves’ improving play of late, returned the favor with a loud roar for the early 1-0 lead.

A minute and twenty later the Wolves would strike again. Off an offensive zone faceoff win by Vasily Ponomarev, the shot by William Lagesson hit shin pads out front and deflect past Stauber to extend the lead to 2-0 just like that.

The Wolves maintained pressure on the IceHogs that seemed reminiscent of last year’s team. Hard work and pinpoint passing led to a couple of chances for Noel Gunler and the momentum was firmly in their hands this period. The best chance from the IceHogs came in the dying seconds of the period on an odd man rush that was expertly played away by the net by Griffin Mendel, keeping the score at 2-0 in favor of the Wolves into intermission.

Rockford, however, had other plans for the direction of this game. Regrouping and adjusting after the break, the IceHogs came out with purpose to start the second. Just over four minutes into the period, Brett Seney made a move to the outside where he could feed Buddy Robinson in the soft area in front of Zachary Sawchenko, chipping the chance through to cut the Wolves’ lead to 2-1.

On the man advantage, Chicago looked to take one back. A little bit of puck luck helped them in this one as Malte Stromwall hammered a slapshot that missed the mark but bounced back towards the net, off Stauber’s back and in. They don’t ask how – they ask how many, which was now 3 to Rockford’s 1.

However, those issues of old started to rear their ugly heads in this one – Suzuki and Stromwall each took minor penalties to end Chicago powerplays in the second. The Wolves were also outshot 14-4 by a charging IceHogs team in the second frame, forcing Sawchenko to make some huge saves including one on former Wolf David Gust that allowed Chicago to escape into the third with a two-goal lead.

The Wolves opened the third frame down a man, and Rockford was able to move the puck to get a glorious chance out to Dylan Sikura, but Sawchenko’s movement right to left allowed him to come up with the huge save. Just after the powerplay ended for the Hogs, Alec Regula let a shot go that Robinson deflected home past Sawchenko for his second of the night. Just a few minutes in and the IceHogs were back into it.

The Wolves didn’t do themselves any favors. They didn’t register a shot in the period until almost the ten minute mark. Melnick threw the puck over the glass for a delay of game penalty, and when that was over with Logan Lambdin would have to sit for a slashing call where Rockford would cash in.

Sikura, from nearly the same spot that Sawchenko stoned him on earlier in the period, made no mistake from a tight-angle one-timer to tie the game up on the power play at 3-3 with just five minutes to play.

That 3-3 score would hold until the buzzer, and extra time would be needed to decide this one.

Everyone likes free hockey! Both teams saw their chances in the 3-on-3 overtime, with Ponomarev for the Wolves and Gust for the IceHogs with the best chances. Still, after five minutes of OT the score remained at 3-3.

In the shootout, the Wolves and IceHogs would trade saves and shots, including the second of the night where the puck would hit the glass, off the goaltender’s back, and into the net. While legal during game action, Seney’s shootout attempt was waved off by the officials.

In the end, Luke Philp would score the deciding goal in the sixth round as Stauber slammed the door shut on his end to preserve the 4-3 victory for the IceHogs.

These two teams ring in the new year with a rematch on Saturday at Rockford at 4:00 P.M. C.S.T.