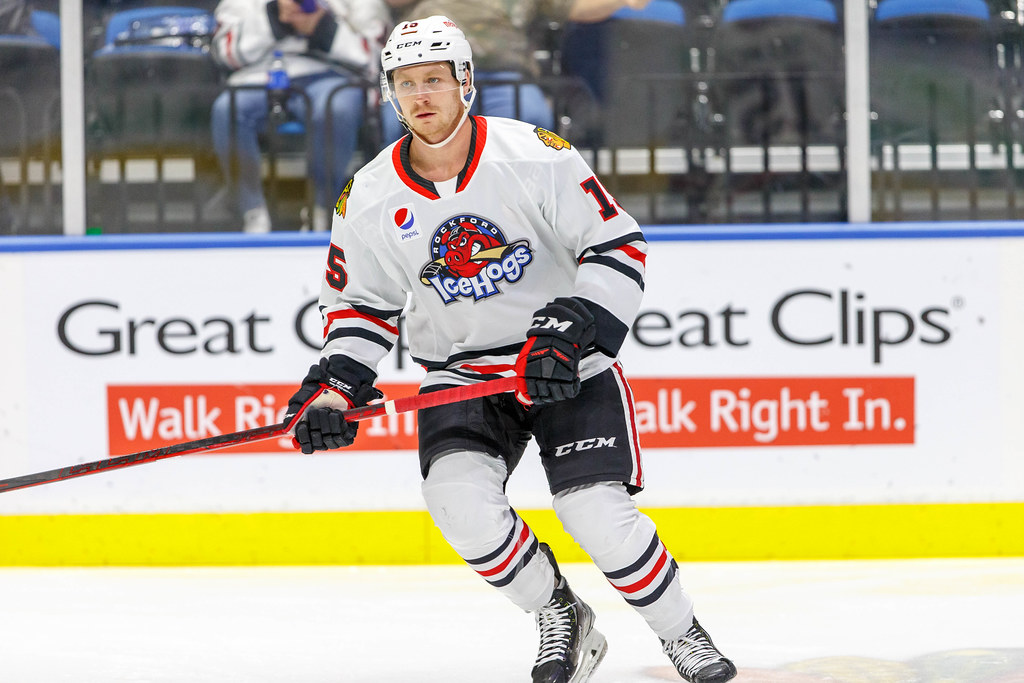 Rockford, Ill.-The Rockford IceHogs are beginning to build some momentum in the third month of the 2021-22 season. Rockford is 6-3-0-1 in its last ten games, heading into this weekend’s action in Texas.

The IceHogs have two games with the Texas Stars, who are currently struggling at the bottom of the AHL’s Central Division. The Stars are winless in their last four contests, while Rockford has won three of its previous five.

The Hogs will be without the services of veteran Brett Connolly, who was recalled by the Chicago Blackhawks this week. However, Rockford could see several faces returning to the lineup.

At the top of that list is rookie center Lukas Reichel, who came off concussion protocol this week. Despite being out for the last six games, Reichel still paces the IceHogs with 12 points and seven goals. Having the young playmaker on the ice again should help Rockford on the scoreboard.

Also returning from a concussion is goalie Arvid Soderblom, who should get a start against the Stars. Like Reichel, Soderblom has been out since November 28. The IceHogs sent Cale Morris back to the Indy Fuel of the ECHL on Wednesday, leaving Soderblom and Collin Delia the goalie tandem heading into Friday’s tilt.

Another offensive piece returns this weekend in Dylan McLaughlin (2 G, 7 A), who returns from COVID-19 protocol this weekend. Jakub Galvas has also been cleared to play after suffering a concussion in Grand Rapids on December 4.

This is Rockford’s second trip to Cedar Park this season. Back in October, the Hogs and Stars split two games. Carson Gicewicz, who potted a goal in Rockford’s 2-1 win over Henderson last Saturday, had a goal and assist in those games on October 28 and 30. Also starting to get things going offensively is defenseman Ian Mitchell, who has eight points (3 G, 5 A) in his last eight games.

Texas gets leading scorer Riley Damiani (7 G, 11 A) as well as Ty Dellandrea (5 G, 7 A) back from Dallas. Forward Riley Tufte and defenseman Thomas Harley were recalled by the Stars Thursday.

It is likely that Anton Khudobin, who cleared waivers and was assigned to Texas this week, sees his first AHL action since the 2016-17 season. Rookie Adam Scheel gave up five goals in his last start against Chicago on December 12.

The Stars’ last three games have been defeats at the hands of the Wolves, the league’s hottest team and owners of a ten-game winning streak.  Just four points separate Texas and Rockford in the standings. It looks to be a very competitive weekend on tap for both teams.