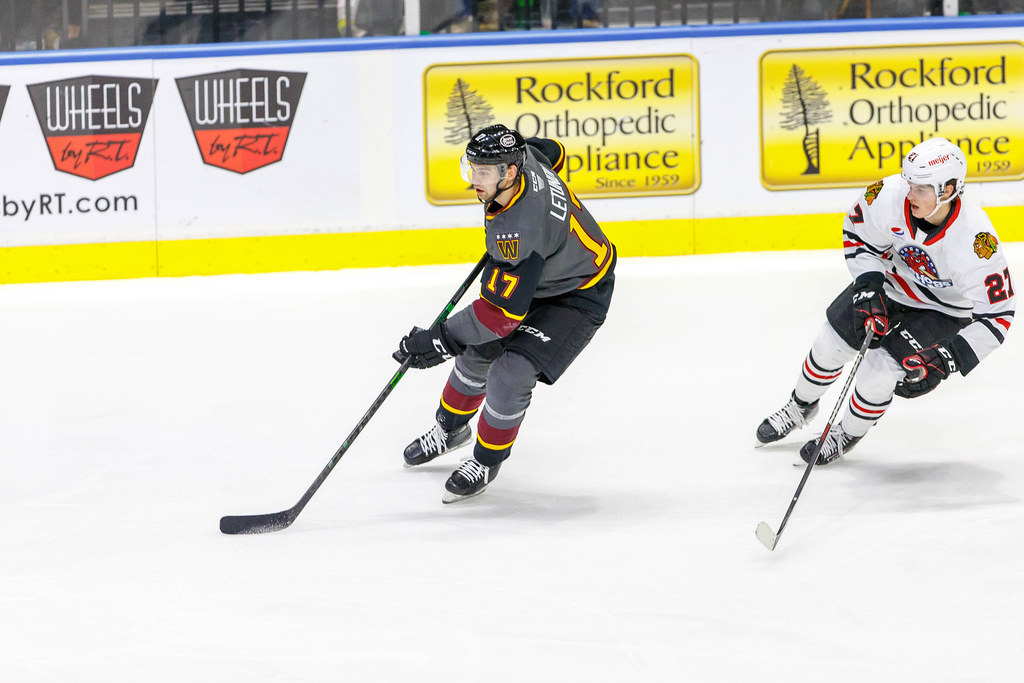 IceHogs No Match For Visiting Wolves

IceHogs No Match For Visiting Wolves

Rockford, Ill.-The Chicago Wolves showed why they are atop the AHL’s Central Division at the BMO Harris Bank Center Friday night.

This display came at the expense of the Rockford IceHogs. The Wolves opened up a three-goal lead on the overmatched Hogs, who were never in the game and fell to Chicago 4-1.

The Wolves improved their record to 7-2 with their second-straight win. Rockford is now 3-6-1 and the losers of three of their first four home games this month.

The beating commenced from the opening faceoff. The Wolves scored 49 seconds into the contest, taking a 1-0 after Andrew Poturalski nabbed a backhand pass from Stefan Noesen and got behind a stick-less Wyatt Kalynuk. Poturalski easily maneuvered the puck past Hogs goalie Arvid Soderblom to open the scoring.

Chicago wasn’t finished in the opening period. Noesen got in on the goal-scoring at the eleven-minute mark, redirecting a Max Lajoie shot from the point past Soderblom while on the man advantage. A long shot by Eric Gelinas caught twine 17: 05 into the first period, sending the IceHogs to the locker room down three 3-0.

It was largely academic for the final 40 minutes.  The IceHogs, who were outshot 16-1 in the first period, couldn’t get much going. For the night, Chicago sent 34 pucks to the net. The IceHogs finished with 19 shots on goal.

Rockford’s Brett Connolly pushed his scoring streak to five games, sending a wrist shot from the right circle past Chicago goalie Eetu Makiniemi to spoil the shutout bid. Kalynuk and Josiah Slavin assisted on the power play strike at 16:31 of the third period, making it 3-1 Wolves. Chicago closed out the scoring with an empty-net goal by Maxim Letunov.

On an evening where positives were hard to assign, Hogs defenseman Alec Regula made his season debut Friday after missing most of the last six weeks with a back issue.

Chicago plays host to Toronto in back-to-back games Saturday and Sunday. Rockford now has a week to regroup before hosting the Wolves next Friday.