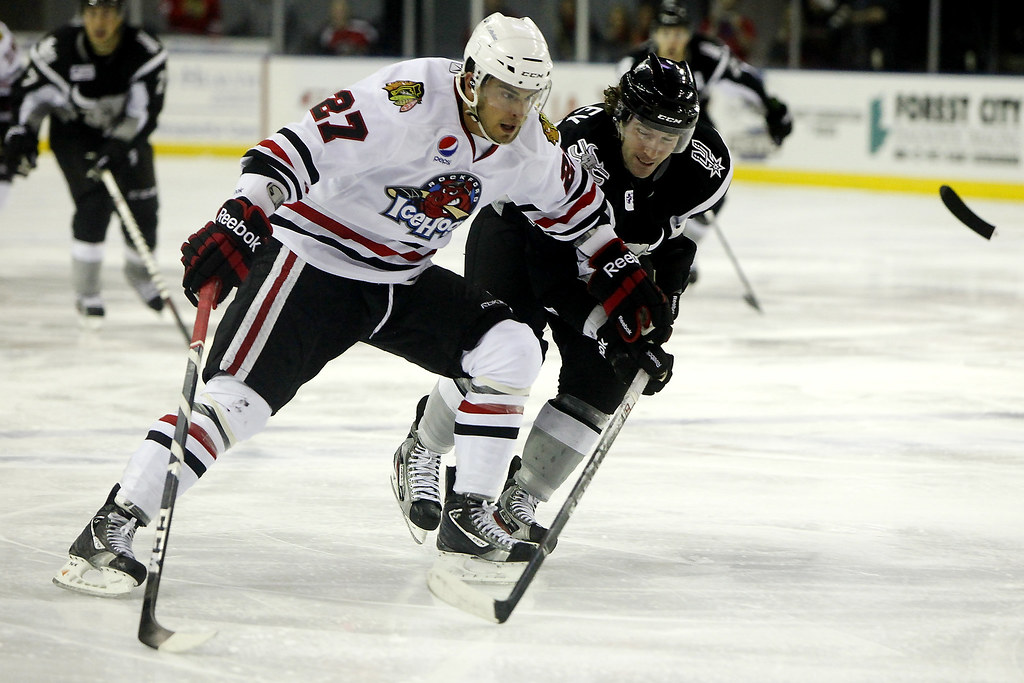 Brandon Pirri may be looking at his second tour of duty in Rockford.

ROCKFORD, Ill. – The Rockford IceHogs may not yet know when their AHL season will begin. They have, however, picked up veteran pieces needed to guide a young team of prospects.

Two moves were made to pick up AHL depth for Rockford. These signings may not make much impact on the Blackhawks, but should make the piglets more competitive whenever play begins.

On Wednesday, the IceHogs inked defenseman Cody Franson to a one-year AHL contract. Franson is 33 and has a decade of NHL experience with Nashville, Toronto, Buffalo, and Chicago.

Franson spent the last three months of the 2017-18 season with Rockford. He was instrumental in the Hogs run to the Western Conference Final that spring. Franson put up 28 points (9 G, 19 A) in 37 games with Rockford and added 13 points (6 G, 7 A) in 13 playoff contests.

Having spent the last two seasons in the KHL with Avangard Omsk, Franson may be looking to impress an NHL team enough to earn a contract. I believe that despite his age, Franson is a big upgrade on the blueline.

Monday, Chicago traded Dylan Sikura to Vegas for forward Brandon Pirri, originally a second-round draft pick of the Blackhawks in 2009. As a move to upgrade the Blackhawks forward line, it’s a linear move. In terms of AHL depth, it’s huge for Rockford.

The 29-year-old Pirri has run hot and cold in the NHL in stints with Chicago, Florida, Anaheim, New York, and Vegas. However, he is an elite AHL scorer.

Pirri was a part-timer in the AHL the past three seasons, splitting time between Vegas and the AHL’s Chicago Wolves. In 124 AHL contests in that span, he has 129 points (62 G, 67 A).

The IceHogs have not had a 50-point scorer in the past six seasons. Last season, they were near the league basement in goals per game. Getting pucks in opposing nets has often been an issue for Rockford.

The IceHogs need offense. Pirri is more than capable of generating it. Simple as that.

The Blackhawks and IceHogs have frequently brought in veteran skaters to serve as mentors. Franson and Pirri are a much more potent offensively than the veterans of previous seasons. I consider both players great pickups for Rockford.

If the two veterans spend most of their time in the AHL this season, they will provide leadership as well as some sorely-needed scoring punch to the IceHogs lineup.