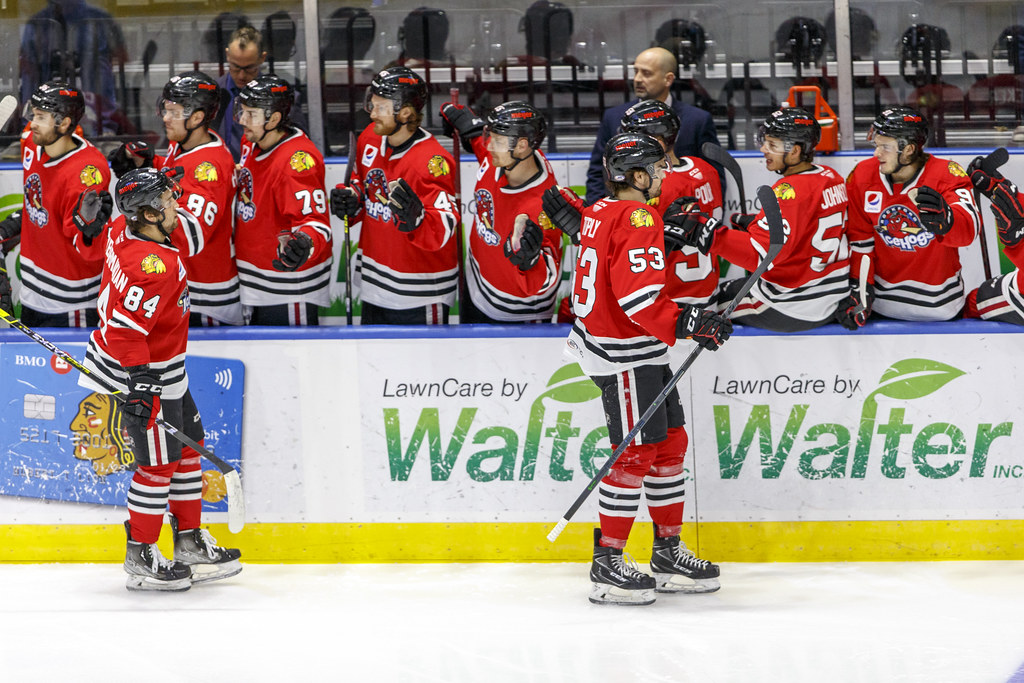 Returning to the BMO Harris Bank Center after a five-game road trip, Rockford celebrated with a pair of wins over the weekend

ROCKFORD, Ill. – The Rockford IceHogs have moved up to fourth place in the Central Division standings behind a three-game winning streak. Returning to the BMO Harris Bank Center after a five-game road trip, Rockford celebrated with a pair of wins over the weekend.

The IceHogs knocked off Grand Rapids 5-1 on Saturday night, then beat Milwaukee 3-2 the following afternoon. Rockford will have a chance to build on its winning ways this week, starting with Wednesday night’s home date with Manitoba.

Saturday saw the Hogs in control throughout; Josiah Slavin had two goals as Rockford scored the first five goals of the game. This included a three-goal second period that proved to be too much for the Griffins.

On Sunday, the game was tied until midway through the third period. Rookie Lukas Reichel netted his team-leading 19th goal of the season for the game-winner against the Admirals.

The Moose, who visit Rockford twice this week, swept the Hogs in Manitoba on March 3 and 5 in the last meetings between the teams. After hosting the Moose Wednesday, Rockford travels to Iowa Friday before returning home for Saturday’s rematch with Manitoba.