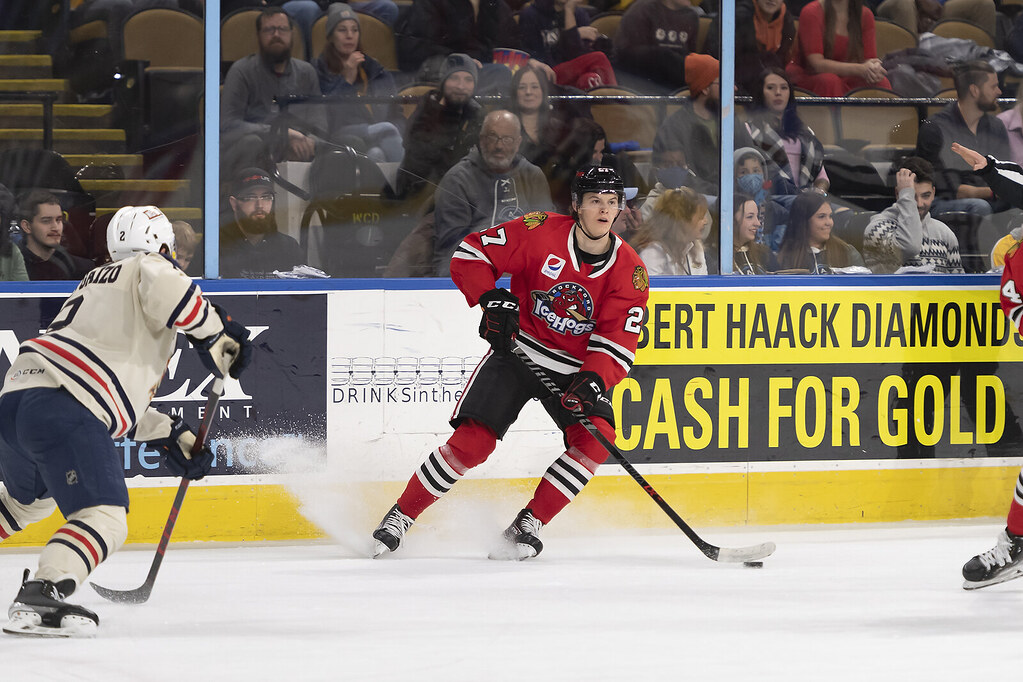 After an impressive weekend that saw the IceHogs win twice, a seven-game homestand now awaits the team.

ROCKFORD, Ill. – The Rockford IceHogs can get comfortable at the BMO Harris Bank Center for the next couple of weeks. After an impressive weekend that saw the IceHogs win twice, a seven-game homestand now awaits the team.

The Rockford offense roared to life this past weekend, erupting for 14 goals in wins over Central Division rivals. The Hogs walloped the Chicago Wolves 8-0 Friday night. The encore was a 6-2 defeat of the Milwaukee Admirals in Rockford’s last road game until the end of the month.

The homestand is bookended with visits from the Iowa Wild, who come to the BMO Harris Bank Center on Tuesday. Rockford hosts Cleveland for a weekend set on Friday & Saturday, followed by a January 17 afternoon game with the Wolves. The Texas Stars arrive on January 21 for the first of back-to-back games before the return date with Iowa on January 26.

Rockford is 6-5-1 in its own barn this season. With an increase of COVID issues across the AHL in recent weeks, it’s an opportune time to stay home. The Hogs will try to stay healthy and build on their two-game win streak.

The IceHogs, who have been struggling to put points on the scoreboard, had scored just seven times in their previous five games entering play on Friday. By way of comparison, Rockford posted five goals against the Wolves in the second period alone.

Chicago was without any of their regular goalies this weekend, forcing them to sign and start Michael Lackey against the Hogs. Milwaukee used Devin Cooley in net, choosing to rest Connor Ingram on Saturday night. The IceHogs certainly took advantage in both victories; Rockford never trailed the Wolves or the Admirals.

Collin Delia was used in goal by the Hogs for both games. He responded with a 30-save shutout of Chicago and stopped 33 shots in Milwaukee. Rockford was very solid from a defensive standpoint all weekend. However, let’s aim the spotlight at the prolific offensive effort.

Tuesday’s action at the BMO is set to begin at 7:00 p.m. central time. The Wild have struggled of late, but have won three of four meetings with Rockford this season.