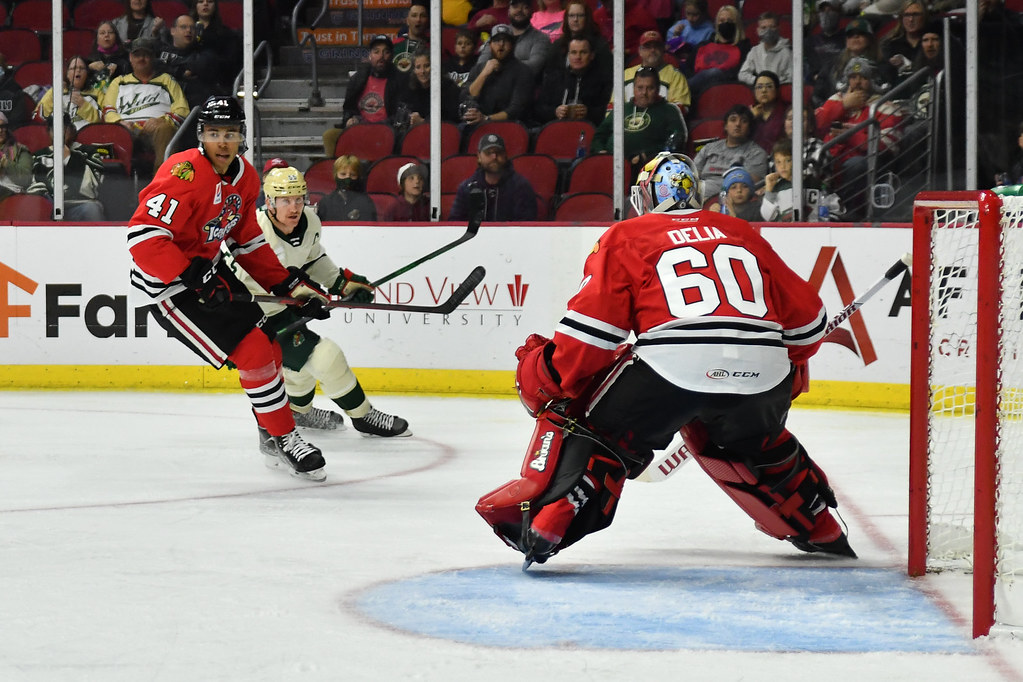 As a result of the two losses, the piglets fall to the bottom of the Central Division standings, with the Wild soaring to the top

ROCKFORD, Ill. – The Rockford IceHogs didn’t have an answer for the Iowa Wild offense this past weekend. The Blackhawks AHL franchise lost back-to-back games to the Wild at Wells Fargo Arena.

Rockford led Friday’s affair twice before being snowed under by a four-goal middle frame by Iowa. The Wild outshot the Hogs 53-19 while pulling away to win 6-3. In Saturday’s rematch, Rockford fell behind by three goals and dropped a 5-2 decision to Iowa.

As a result of the two losses, the piglets fall to the bottom of the Central Division standings, with the Wild soaring to the top. The IceHogs are 1-3 on the young season.

On Saturday, after posting a goal and an assist against Iowa the night before, the Blackhawks recalled forward Reese Johnson, who looked good in his first three games with Rockford. His time with the Blackhawks showed on the ice; Johnson has been a leader despite not being much older than the rookies.

Johnson also showed the desire to plant himself in front of opposing goalies and hold his ground against defenders. His goal Friday was a tip-in from the front of the net.

On Sunday, defenseman Ian Mitchell was recalled by Chicago in time to take part in that night’s game with the Red Wings. Mitchell was scoreless with a minus-four rating in two games with the Hogs.

Rockford wraps up this six-game road trip to open the season in the Lone Star State with two games this week against the Texas Stars. Rockford will play in Cedar Park Thursday and Saturday. Both games get underway at 7:00 p.m. Central time.