Rockford (30-24-4-1) tightened its hold on the fourth-place spot in the AHL’s Central Division, inching closer to third-place Milwaukee 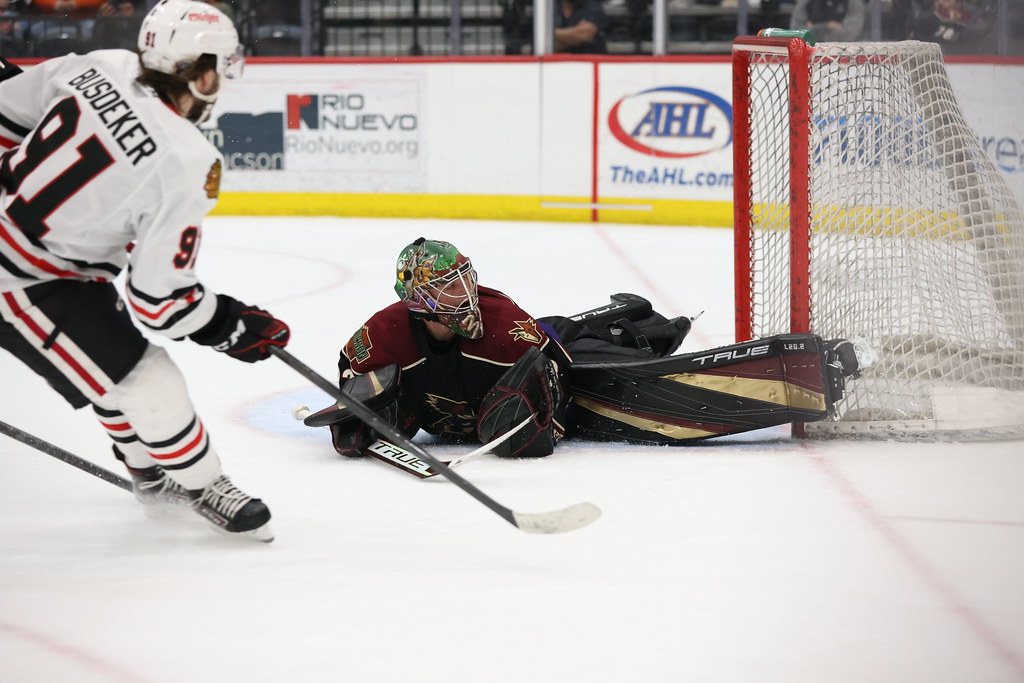 ROCKFORD, Ill. – The Rockford IceHogs got the first half of a four-game road trip off to a great start over the weekend. The IceHogs continued their push to the Calder Cup Playoffs with a pair of wins over the Tucson Roadrunners.

In doing so, Rockford (30-24-4-1) tightened its hold on the fourth-place spot in the AHL’s Central Division, inching closer to third-place Milwaukee. The IceHogs have won seven of their last ten games as the action moves further West to Henderson to complete the road jaunt.

Rockford opened the weekend with an overtime victory Friday night. The IceHogs rallied from a two-goal deficit in the first five minutes to take a 3-2 lead by the second intermission. Former Hogs skater Terry Broadhurst tied the game for the Roadrunners late in regulation, but Rockford won the game 23 seconds into extra skating when Dylan McLaughlin scored.

The IceHogs also fell behind Saturday before prevailing 6-3. Rockford took the lead in a back-and-forth contest with a shorthanded strike by D.J. Busdeker late in the middle frame.  Lukas Reichel put the game away with his 21st goal of the season early in the third period.