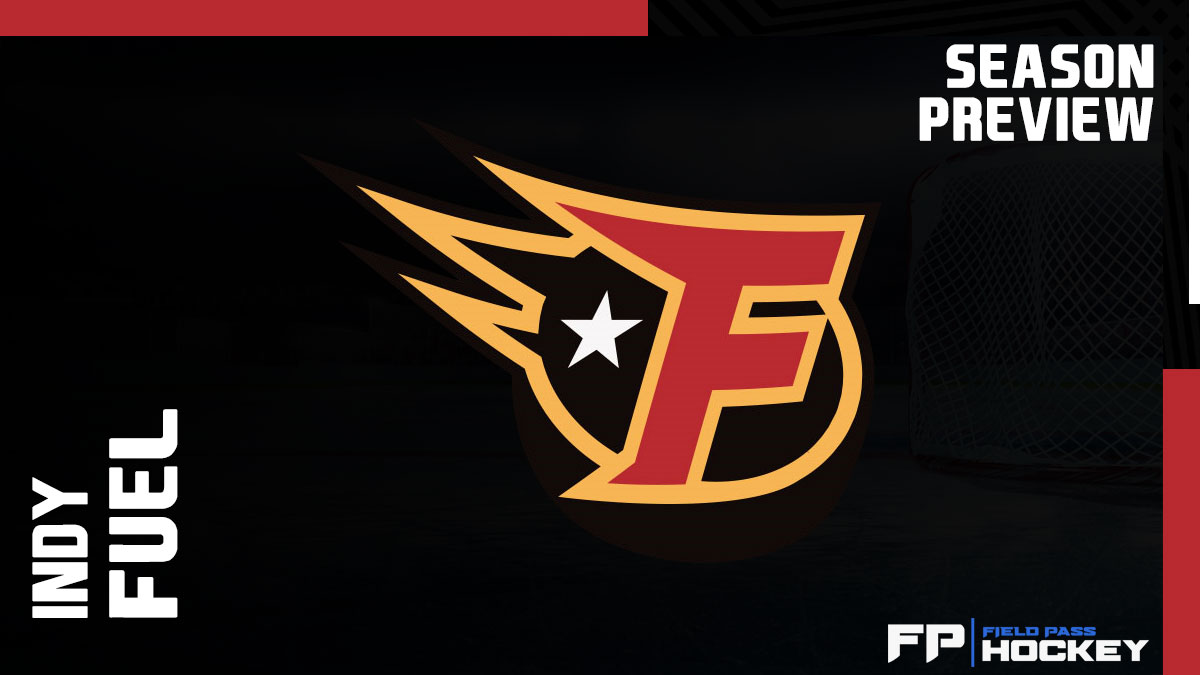 INDIANAPOLIS, Ind. – The Indy Fuel will take the ice for their ninth regular season of play this Friday night against the rival Fort Wayne Komets at the Indiana Farmers Coliseum.  With head coach Duncan Dalmao entering his first full season at the helm, there are plenty of returnees from last season’s squad mixed with new reinforcements looking to make a return to the postseason.

Over the weekend, the Fuel and Cincinnati Cyclones tangled in a pair of preseason tilts in Indianapolis, with Cincinnati coming out on top in both.  Last Friday, the Cyclones took care of business by a 4-1 decision, with the lone Fuel goal scored by Riley McKay late in the second period.  Mitchell Weeks and Dylan Wells split time in net for Indy, combining for 17 saves on 20 shots on goal, excluding the empty netter.  The next night involved more scoring but the same result.  Andrew Bellant, Josh McDougall, Jan Mandat, and Keoni Texeira all combined for the four goals for the Fuel, but Indy gave up a goal halfway through the third period to fall in a 5-4 decision.  Between the pipes, Wells and Cam Gray shared a stat line of 14 saves on 19 shots.

Who will rise to the occasion?

There aren’t a ton of new players on this season’s Fuel roster, but the question is, who will be the most impactful of the bunch?  Most fans would be wise to turn their heads to Blackhawks prospect Jakub Pour, who will be making his ECHL debut Friday after spending all of last season with Rockford (AHL), scoring 8 points (6 goals, 2 assists) in 44 games.  The 6-foot-3 right winger should make his presence felt in the Circle City from the start.  Another name to watch is recent addition Mitchell Hoelscher.  Last year, Hoelscher tallied 30 points (7 goals, 23 assists) in just 25 games with Atlanta (ECHL).  He also adds 12 games of AHL experience to his young career, including 2 assists in those dozen starts.

At least to begin, there will be no familiar Fuel goaltenders this season.  Wells, who is under an AHL contract with Rockford, played in both preseason games for the Fuel.   Last season, Wells backstopped Norfolk (ECHL) for the majority of the season, leading to an 18-21-2 record with a 3.59 GAA.  He also was called up for three games to Chicago (AHL), posting a 1-1-1 record and a 3.01 GAA.  His fellow netminder, Weeks, played at the junior level for Sudbury (OHL) last season, and in 61 appearances he amassed a 23-29-7 record to go with a 3.95 GAA.  He later joined Wheeling (ECHL) on their postseason run, participating in three games with an 0-1-0 record and a 1.93 GAA.

He’s a name that many Fuel fans from the past will remember, it’s Alex Wideman. The 30-year-old forward returns to Indianapolis after spending the last few seasons jumping between leagues in Germany, Denmark, and France.  Wideman spent parts of two seasons from 2016-18 with the Fuel, scoring 105 points in 127 total games.  After that, he played for Cincinnati (ECHL) and averaged nearly a point per game at 62 points in 63 games.  Over the past few seasons, Wideman continued to deliver in the scoring column, and his veteran presence should spark the Fuel offense when needed.

There likely aren’t many teams that are as eager as the Fuel to start this season.  After last year’s disappointing performance following a successful 2020-21 campaign, the Fuel will look to rebuild their team under Dalmao and company.  Bringing back most of the previous season’s core plus Wideman’s return is a positive that could aid Indy to a fast start in the division standings.  The goaltending situation is an uncertainty, but luckily, Indy brought in four goalies to compete for the two positions, bringing competition to the table.

It should be a fun season in the Circle City and what better way to start it than with in-state rival Fort Wayne for the home opener on Friday night!

Josh Neireiter covers the Indy Fuel for Field Pass Hockey. Follow and interact with him on Twitter @FPHFuel.