DES MOINES, Iowa – The Iowa Wild found themselves trailing the Bakersfield Condors 2-1 entering the third period Saturday night. However, three goals in the final frame erased that deficit, as the Wild went on to down the Condors, 4-2. Gerald Mayhew and Luke Johnson each had a goal and assist, while Mat Robson made 21 saves for his third win of the season.

It was a slow first period, as neither team could generate much offense. Bakersfield came out of the frame leading the Wild in shots, 8-6. However, Iowa began to take control of this game, dominating the second period by outshooting the Condors 16-6.
While the Wild were dominating play, they were not dominating the scoreboard. Bakersfield took the lead at 2:19 when Joel Persson made a great pass to Cooper Marody, who had slipped by his defender and was standing all alone at the side of the net. He made a nice move before tucking the backhand attempt by Robson for his third goal of the year.
Six minutes later, the Wild tied the score. With the two teams playing four-on-four hockey, Johnson fired a shot from the point that Bakersfield goalie Stuart Skinner kicked aside. However, the puck was loose in front of the Condors goaltender, and Mayhew took advantage of the opportunity, knocking it in for his 10th goal of the year. That made him the first Iowa player to reach double digits in goals this season. For Johnson, it was his first point in his first game since joining the Wild. 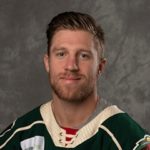 The scored remained tied for exactly seven minutes before Josh Currie gave the Condors back the lead. With Bakersfield on the power play, Tyler Benson fired a blast that Currie deflected up and over Robson’s blocker for his eighth goal of the year.
Down by a goal entering the third, the Iowa Wild ramped up their forecheck and that helped the team dominate the period. At 4:38, the Wild tied the score when Connor Dewar took a pass from Josh Atkinson in the high slot. He fired a rising wrist shot that went over the glove of Skinner for his second goal of the year.
Almost exactly four minutes later, the Wild took the lead for the first time in the contest. Iowa was able to keep the puck in the Bakersfield end thanks to a relentless forecheck. Colton Beck fired a shot that was knocked down in traffic, but the puck was loose in the air around Skinner. Cody McLeod batted the loose puck in for his second goal of the year to give the Wild a 3-2 lead. 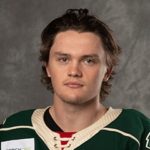 Johnson punctuated his first game with the team, scoring his first goal with a little under four minutes left in the game. Making a highlight reel play, Johnson used a burst of speed to slide between two defenders heading toward the net. He then got Skinner leaning one way before tucking the puck just inside the post to make it 4-2.
Robson made the two-goal lead stand, stopping all nine shots he faced in the third. He saved 21 of 23 shots overall, moving to 3-2-4 on the year. Johnson and Mayhew each tallied a goal and an assist.
The Iowa Wild (10-4-4) will host Bakersfield (7-8-2) again on Sunday. The puck drops at 3:00 CT.
Follow Robert on Twitter for all the news, analysis, and coverage you’ll need for the Iowa Wild!