JACKSONVILLE, Fla. – With the ECHL season coming to an abrupt end due to COVID-19, the Icemen’s third season in Jacksonville left everyone wondering if their final push for the playoffs would have actually come to fruition.

JACKSONVILLE, Fla. – With the ECHL season coming to an abrupt end due to COVID-19, the Icemen’s third season in Jacksonville left everyone wondering if their final push for the playoffs would have actually come to fruition.

The 2019-2020 season began with only a handful of players returning from the previous two seasons, giving Head Coach Jason Christie a mammoth task ahead of him. Jacksonville continued their NHL and AHL affiliations with the Winnipeg Jets and the Manitoba Moose respectively, which provided a number of returning players and new players to the team throughout the season. 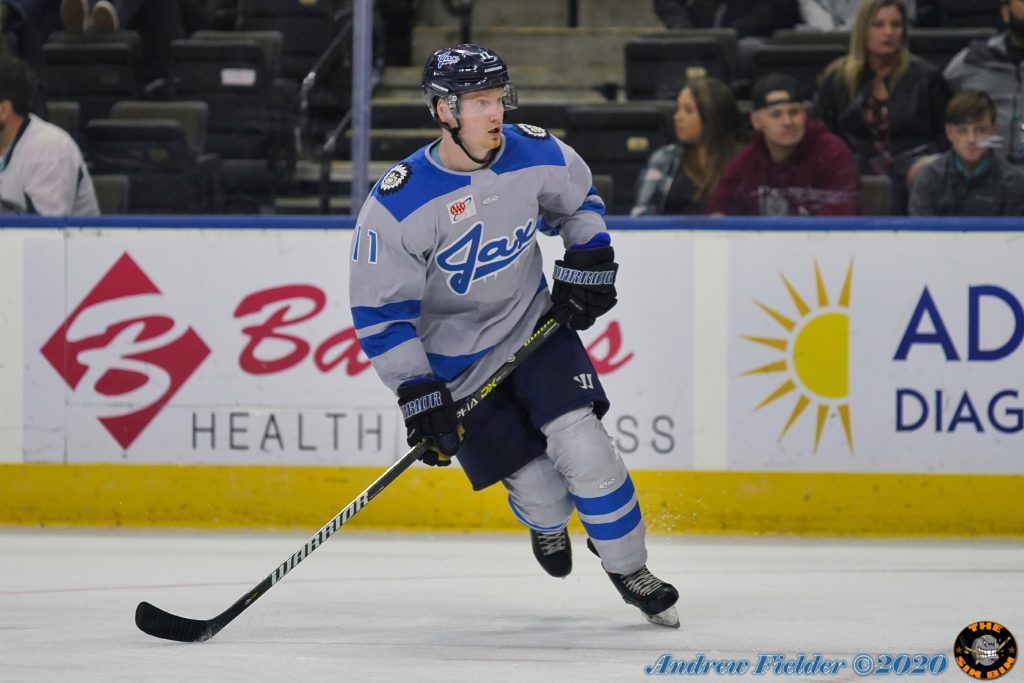 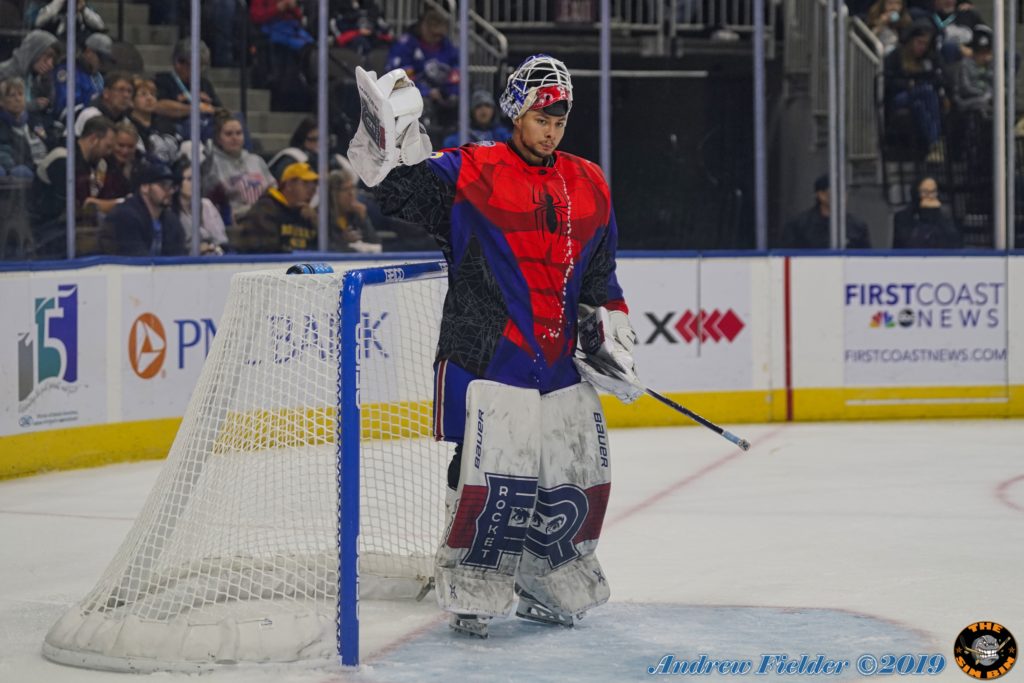 While playing in just ten games for the Icemen this season, netminder Michael McNiven posted the best goals against average (2.79) and save percentage (.915) over Jacksonville’s primary goaltender Adam Carlson.

A new club record was set in March after the team scored 9 goals during a game against Norfolk. Netminder Adam Carlson gave the team their second shutout of the season against Orlando in February. Chase Lang was named as the ECHL Player of the Week for the week of Feb. 3-9. A goalie fight between Michael McNiven and South Carolina’s Logan Thompson made national headline news in December. McNiven also gave the Icemen their first shutout of the season during a game against Norfolk in November. A record attendance of 12,836 people was set during the school day game in November.

The Icemen lost the first eight games of the season. They suffered their biggest defeat of the year in a 9-1 loss against Newfoundland in March. At the end of season, Jacksonville held first and second place for most penalty minutes given in a single game: 86 minutes in December against South Carolina, and 73 minutes in January against Fort Wayne.

The turning point for the team came at the end of January during back-to-back home games against the Fort Wayne Komets. An overtime loss in the first game, followed by a win in the second, was the start of a five-game winning streak and points in six straight games for Jacksonville. A huge brawl broke out during the second game, which included the linesmen having his jersey pulled off.

“The Fort Wayne game to me was the game of the year by a wide margin,” said Arley Johnson, the Icemen’s play-by-play announcer. “That place was a powder keg that night. You knew it was going to explode, and it didn’t disappoint.” 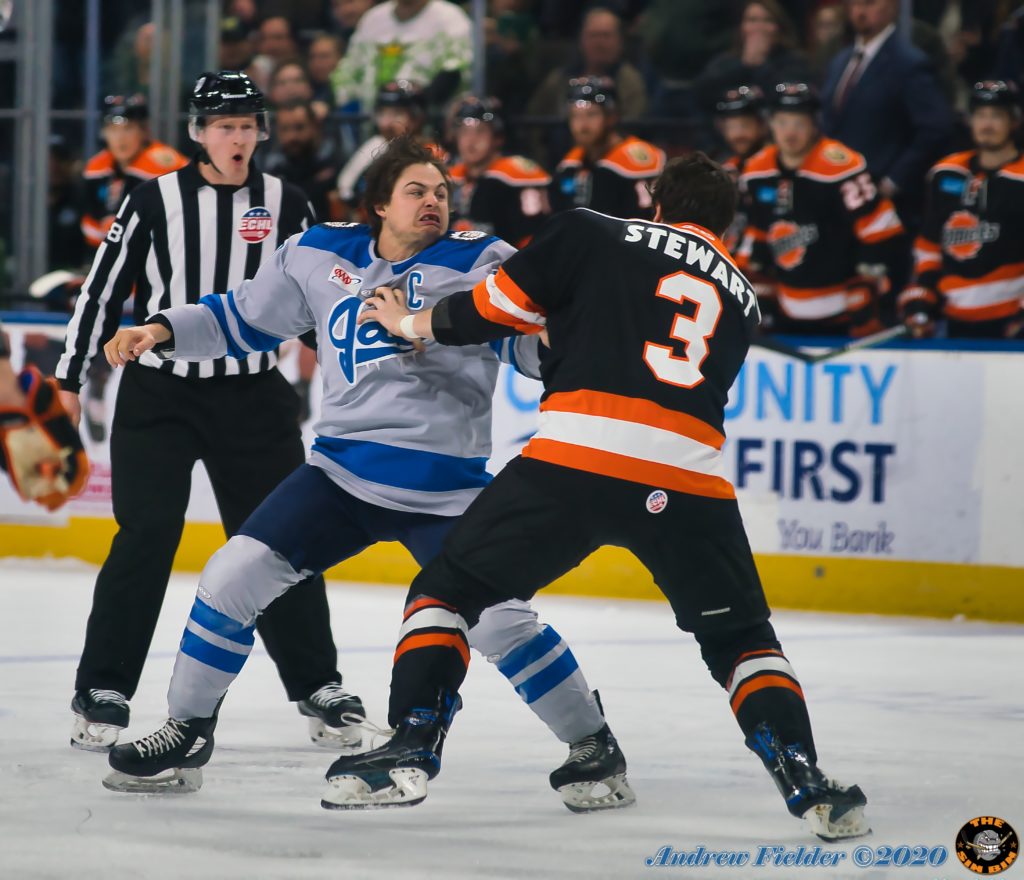 At the beginning of the season, the team announced that returning player Emerson Clark would be the team’s new captain. Clark had played at the beginning of the Icemen’s first season in Jacksonville before heading to the AHL. Like the previous captain in the first two seasons, Emerson Clark is a player who isn’t afraid to drop gloves and seemingly enjoys getting into a fight. It’s always good to have players who will stick up for their teammates and drop the gloves when needed. It makes for great entertainment, and the fans love it.

On the other hand, it’s hard for a captain to lead the team from the locker room. During the season, Emerson Clark was suspended twice: the first time was for five games, and the second time was for 16 games. Following the second suspension, he did not play again for the team.

The team also struggled to get the right combination of players on the roster at the beginning of the season. The first three home games were weeks apart, and looked like a different team each game due to all of the roster changes. It made it hard for the players to build chemistry. As the season progressed, the chemistry between the players began to build, but by then it was a little too late.

A big surprise of the season was the announcement that the 2021 Warrior/ ECHL All-Star Classic will be held in Jacksonville. Another surprise was the return of veteran player Wacey Rabbit a few weeks shy of the halfway point of the season. Wacey had led the team in points the previous season, but left to play overseas.

IF THE SEASON CONTINUED…HOW WOULD IT HAVE PLAYED OUT?

Realistically, the chances of them making the postseason were very slim. The team was really starting to come together, but it was not on a consistent basis.

During power plays, the Icemen gave up a number of short-handed goals throughout the season, consistently dumping the puck into the offensive zone and yielding less scoring opportunities compared to those times when they controlled the puck entering the zone. This improved in the latter part of the season. 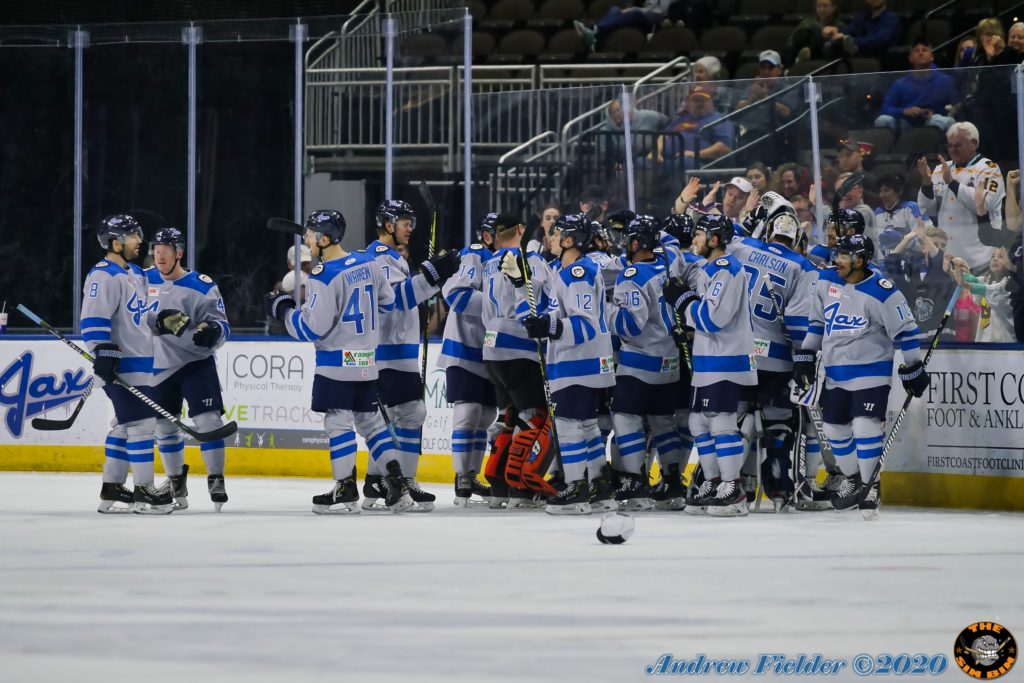 The Jacksonville Icemen celebrate a victory in front of their fans at the VyStar Veterans Memorial Arena.

How do you think the Jacksonville Icemen did this season? Vote in our poll!

Could not load the poll.

The Icemen organization, which is 100% locally-owned, continues to be actively involved in the local community, and its team of dedicated staff are second to none. The team has a great following and dedicated fan base in Northeast Florida and South Georgia, and had the league’s third-highest average attendance (5,904) for the 2019-2020 season. The 2020-2021 season is sure to be a monumental year for the Icemen organization, as they are set to host the 2021 Warrior/ ECHL All-Star Classic game on January 18th, 2021.