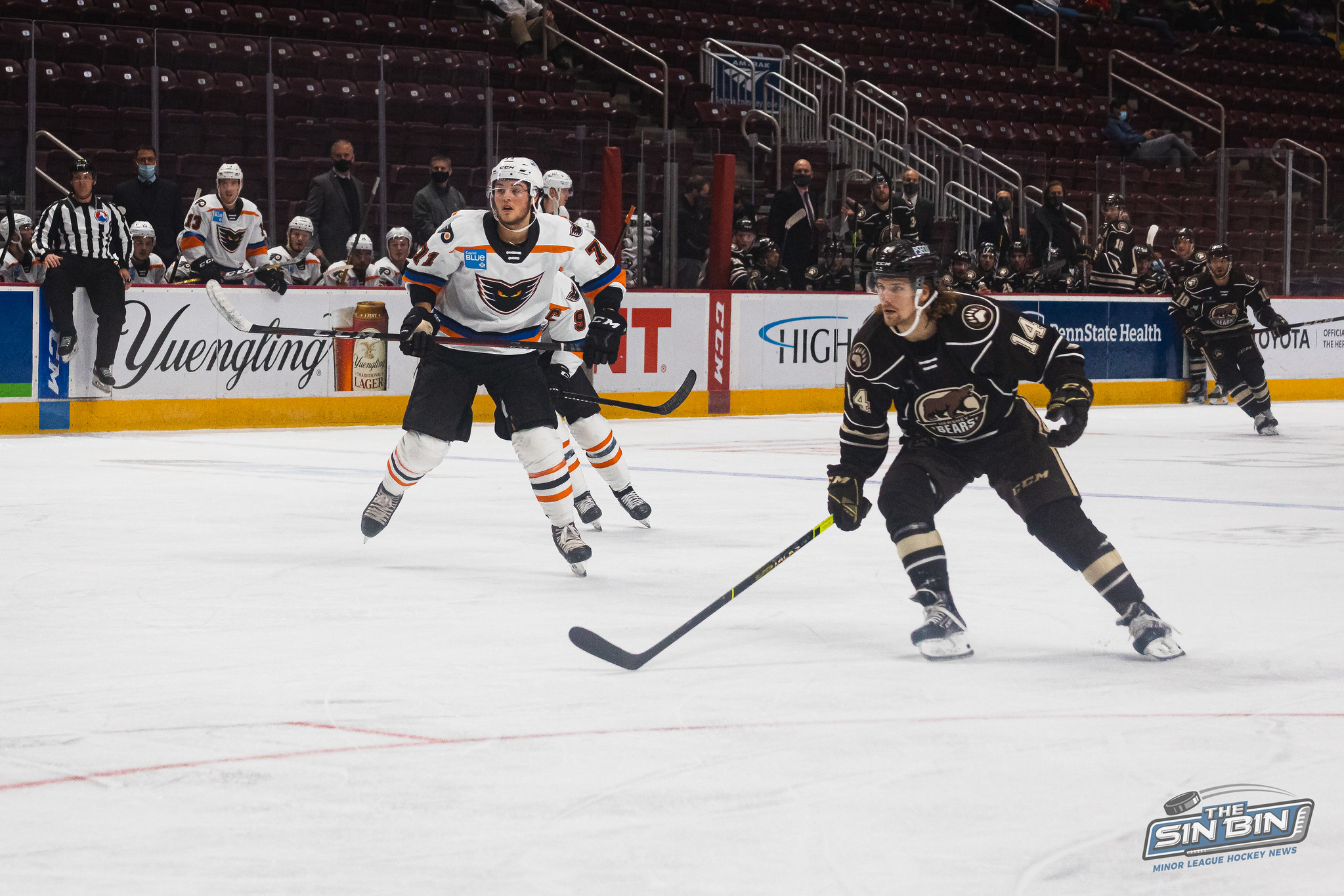 HERSHEY, Pa. – It’s hard to believe, but the 2021-22 season will be the first full 76 game slate for forward Axel Jonsson-Fjallby in his professional career. Playing briefly in 2018-19 and then over two pandemic-impacted seasons, the speedy Bears forward has 108 career AHL games under his belt and looks to continue his big impact on the team this fall.

Jonsson-Fjallby was one of three Hershey players to hit double digits in goals with ten, and his 15 points ranked ninth-best on the club. Continuing his scoring with the AHL back to full capacity will be a goal for him this season as he knocks on the door for an NHL opportunity in Washington. Jonsson-Fjallby will be a restricted free agent after the 2022-23 season.

One of Jonsson-Fjallby’s biggest strengths during his time in Hershey is his flexibility. His speed is an important element on the penalty kill for the Bears, as it keeps the opposing team’s players handling the puck at the blue line on their toes. If they make a mistake, there’s little hope to catch Jonsson-Fjallby streaking the other way, where he scored two of the team’s six shorthanded goals. He had three game-winning goals, tied for second on the team, and always seemed to be in the right position to score a pivotal goal.

Great feed from Fehervary to McMichael to Axel Jonsson-Fjallby to even the score at three! pic.twitter.com/n574T894du

It’s safe to say that when Jonsson-Fjallby is finding success, the Bears are as well. During Hershey’s late-season success, Jonsson-Fjallby had six goals in his last nine games of the season. Unfortunately, an injury sidelined him from the team’s last two games of the season and prevented him from potentially earning a shot on the Washington Capitals’ roster as a black ace in their playoff run.

Jonsson-Fjallby’s ten goal total was just two shy of his rookie season’s output in 2019-20 with 30 fewer games played, which shows the strides he’s taken at improving his offensive game. Bears head coach Scott Allen will be able to utilize him in a number of different combinations up and down the team’s lineup this season, and it’s safe to say opponents will keep an eye on him this season.

Jonsson-Fjallby’s greatest strength is his speed, but his skills have sharpened to make him a potent offensive threat for this coming season. It would be of little surprise to see his name tied to more than a few key goals this season, as Hershey looks to carry the momentum of such a strong season into one with Calder Cup aspirations. It will be interesting to see what heights the speedy Swede will reach in his first full season at the AHL level and how many foes he’ll leave in the dust.