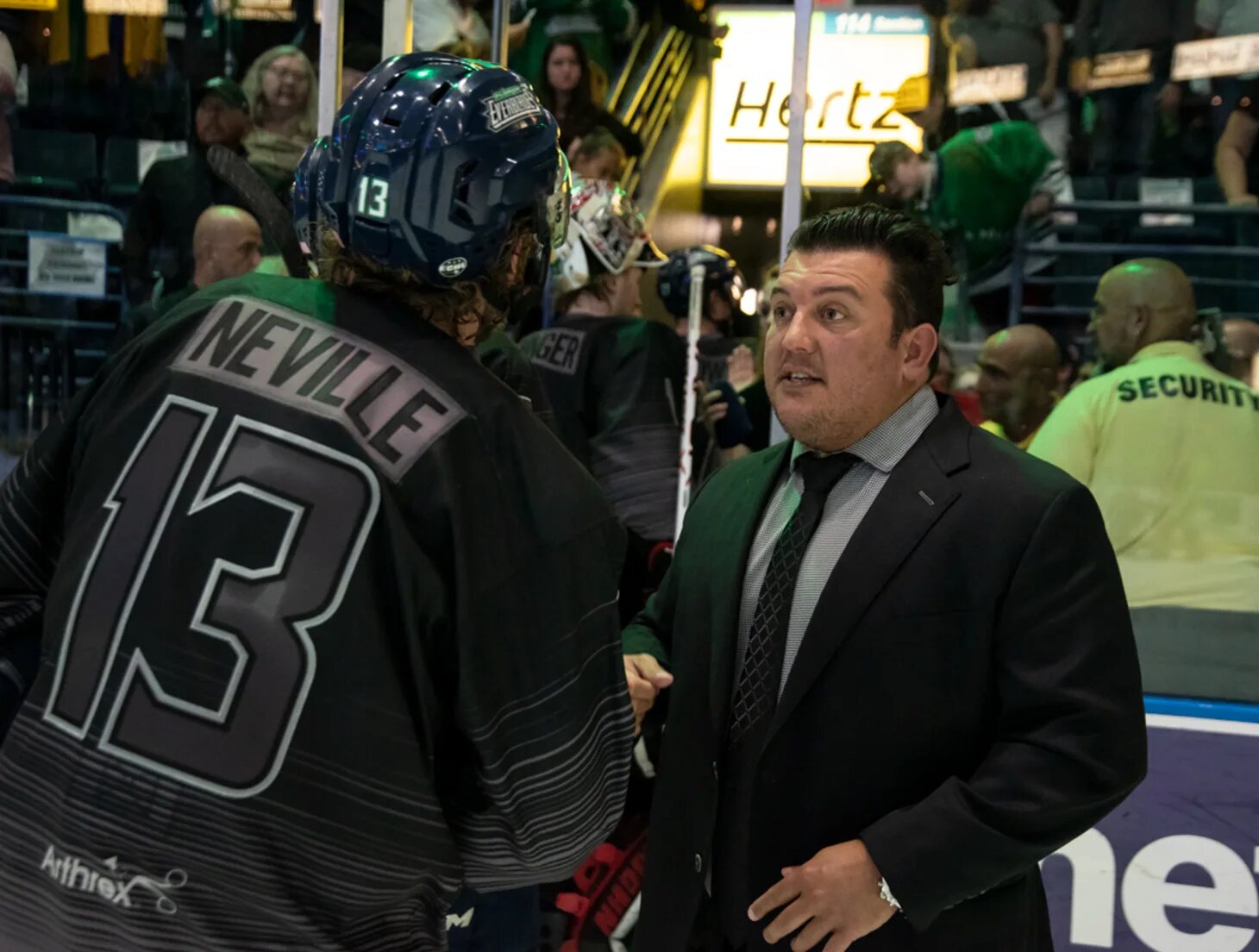 After a coaching search that started with the dismissal of John-Scott Dickson on January 30, the Kansas City Mavericks have announced the fourth head coach in the franchise’s 12-year history

INDEPENDENCE, Mo. – After a coaching search that started with the dismissal of John-Scott Dickson on January 30, the Kansas City Mavericks have announced the fifth head coach in the franchise’s 12-year history.
Former Florida Everblades associate head coach Tad O’Had will be introduced at a media conference tomorrow afternoon.
O’Had joins the Mavericks after a seven-year stint as Everblades assistant/associate head coach, where he was responsible for the team’s defense, position-specific skills, recruiting, penalty kill, and strength & conditioning efforts. In his seven years sitting side-saddle with head coaches Greg Poss and Brad Ralph, the Everblades made the playoffs all but one year and were one game away from winning the Kelly Cup in 2018.

“We are excited and honored to announce Tad as our new Head Coach and Director of Hockey Operations,” Mavericks President and General Manager Brent Thiessen said, “He comes from a first-class ECHL organization in the Florida Everblades. He distinguished himself as a top candidate early on in the process and we are thrilled to have him on board.
“He brings a depth of hockey knowledge and success to our organization, coming from a championship-caliber organization where the expectation is to go deep into the postseason and compete for championships every year,” Thiessen added.

O’Had was seriously considered to fill the opening in Florida after Poss left to coach EC Red Bull Salzburg in May 2016. At the time, Everblades President and General Manager Craig Brush described O’Had as “a hardworking guy,” Brush said. “He wants to be a career coach, and [in the time] he’s been working with us, you won’t find anyone who has been more dedicated to the role he’s had. Those reasons alone make him a strong candidate.”
Before joining the Everblades staff, O’Had coached the Junior Everblades of the United States Premier Hockey League, where he compiled an eye-popping record of 112-19-8. The Junior’ Blades made two appearances at USA Hockey Nationals and captured a pair of regular season league titles during his tenure.

“Fans can expect a fast-paced style of hockey with work ethic and grit. Our club will be fundamentally built around speed, character and jam,” O’Had explained, “Our team will be made up of players that will embody the work-ethic of the Kansas City community and our team will encompass fast, heavy and hard hockey… Being a Maverick is a proud tradition that we plan on continuing to greater heights.”

The Mavericks will retain Kohl Schultz as Assistant Coach after Schultz finished the 2019-20 season as Interim Head Coach.

“I want to thank Kohl Schultz as well,” Thiessen continued, “He did a tremendous job stepping in when we needed him to. He is an invaluable asset and we are lucky to have him in our organization. He is a rising star in the coaching ranks in this league.”

Download The Sin Bin app from the iTunes or Google Play stores or follow @SinBinNews on Twitter for the latest news on the AHL, ECHL, and SPHL during this extended offseason!