FORT WAYNE, In. – And then…there were two.

The Fort Wayne Komets and South Carolina Stingrays are the last two teams standing after one of the oddest and longest seasons in ECHL history.

The Komets enter the Finals having won three straight games – including a comeback from 4-1 down in the final ten minutes of the third period in game two in the West Finals to defeat the Allen Americans, three games to one.

The Stingrays come into the Finals winning their series by the same margin – three games to one – but with different circumstances. They won game one on home-ice, then split the next two at Bon Secours Wellness Arena, before coming back to win the conference on home-ice with a late goal by Matthew Weis.

How They Got Here: 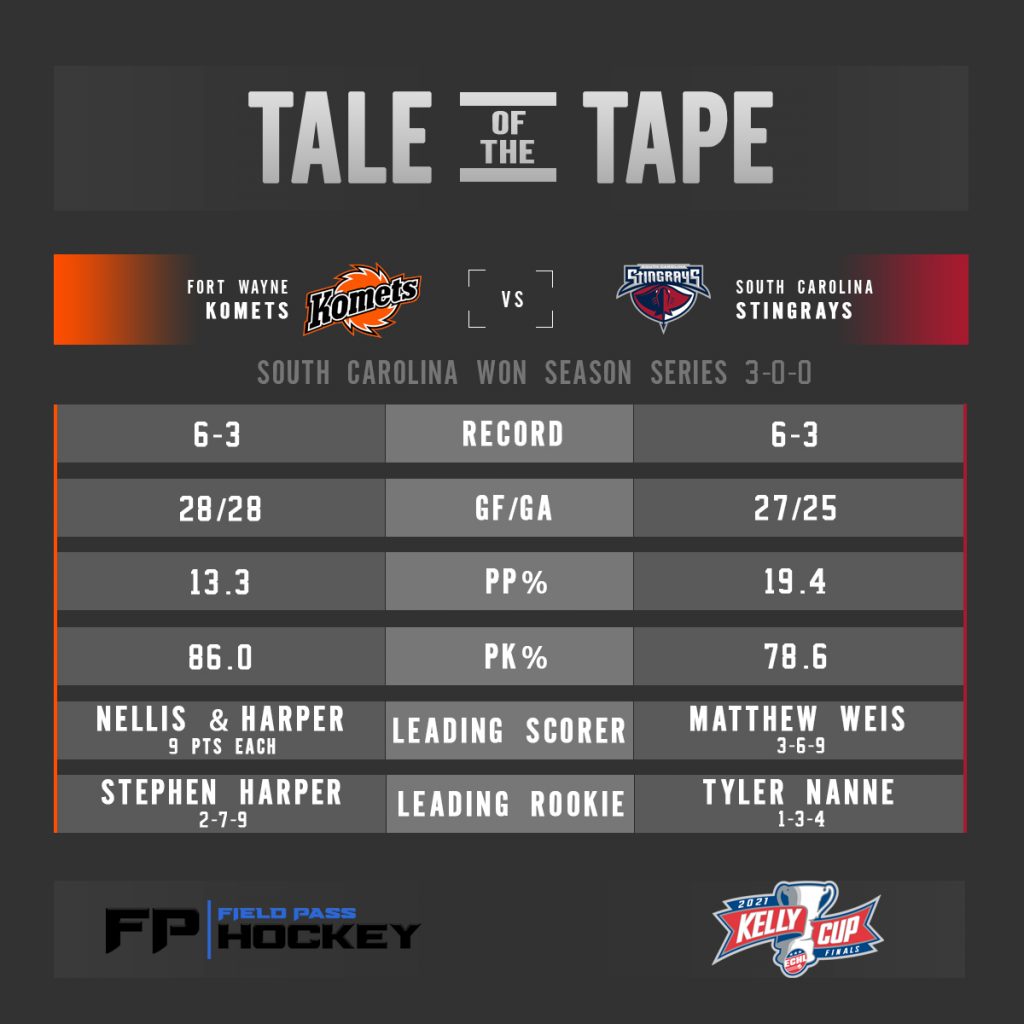 The Komets got the offensive horses going in the Allen series, and for them to win their first championship in nine years, they’ll need to have them stay hot.

Expect for Komets netminder Dylan Ferguson to be tested early and often. If he is beat, he cannot let one goal become two or three, like he did at times in the Wichita series. The Stingrays have the capability offensively to put games out of reach very quickly and he will need to continue to do a good job of bouncing back after allowing goals.

Finally, the Komets have the edge in the special teams battle, they will need to exploit that early and often.

The recipe is the same for the Stingrays in this series as it was in the opening round. For the Stingrays to have success, they’ll have to play tighter defense than they did in the Florida series, need Hunter Shepard to remain solid in net, and continue getting significant contributions from the power play (operated at an 19.4% efficiency in first two rounds). The offense for the Stingrays has not been in doubt, with players like Cole Ully, Matthew Weis, Mark Cooper and Dan DeSalvo carrying the water for the club.

For the Stingrays to win their fourth championship, the penalty kill will have to play much better than they have been of late.