TOLEDO, Ohio – The Toledo Walleye look to improve on a wildly successful Brabham Cup-winning season with a long playoff run. The first obstacle in their way is the cross-state rival Cincinnati Cyclones. Sputtering into the postseason with a 4-5-0-1 record in their final ten games, the Cyclones will have history on the mind as they seek a return to the Kelly Cup title days of 2008 and 2010. This first-round matchup is steeped in history, with a bit of vengeance on the line. After all, the Cyclones are still seeking revenge from their Brabham Cup season in 2019, where they fell in the second round to Toledo.

Series Schedule (Home team in BOLD with all times local):

Toledo was the overwhelming victor of the season series, going 6-1-0-0 against the Cyclones. However, it was only by a one-goal margin in three of Toledo’s victories. Overall, Cincinnati has 20 goals for on the season series, compared to Toledo’s 28.

Leading the way for Toledo was Brandon Hawkins, with five goals and three assists in five games against the two teams. His mirror with Cincinnati is Justin Vaive, tallying three goals and five assists in seven games.

Toledo had the better goaltending in the series, by fair. Together, Max Milosek, Kaden Fulcher, Billy Christopoulos, and Victor Brattstrom averaged a save percentage of .896. Skewing this average on the low side is Brattstrom’s .743, which came in one game, a 9-2 Toledo loss in Cincinnati on November 24, 2021. 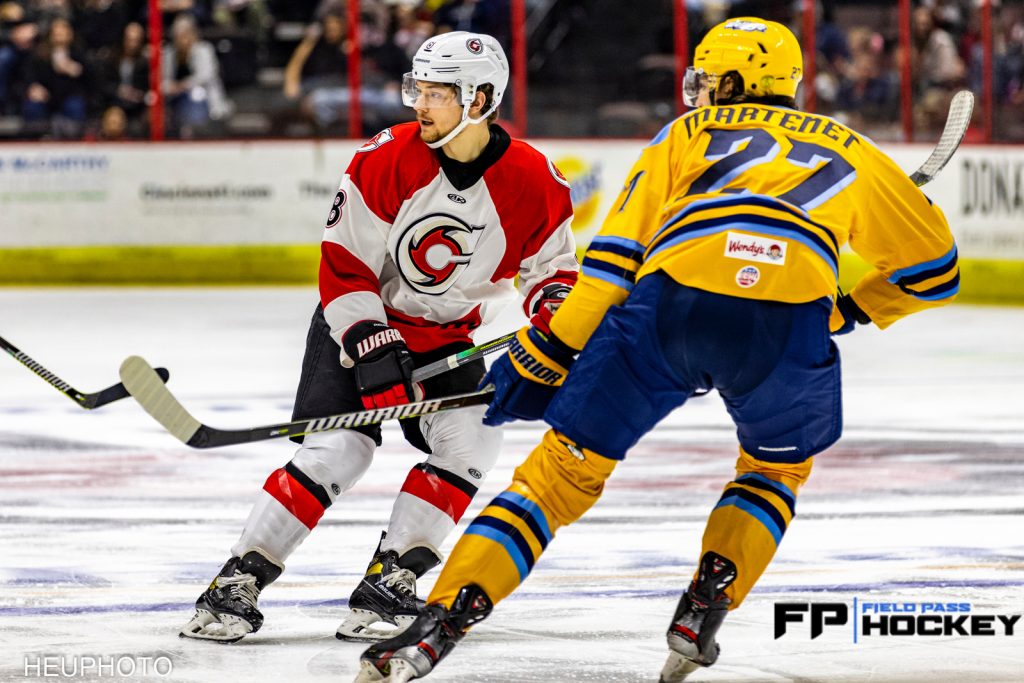 Cincinnati’s goaltending squad checks in with a save percentage of .883 across four goalies: Mat Robson, Brendan Bonello, Angus Redmond, and Michael Houser.

Toledo looks to be a lock for a victory in the first round over Cincinnati. Brabham Cup winners for the third time in the last eight seasons, the Walleye obviously have a pedigree and knack for putting pucks in the net and victories on the stat sheet.

The Walleye also led the league in the regular season with 24 road wins and tied for the league lead in home wins with 25. Obviously, this squad can walk into any barn and come out victorious.

If anything catapults them to an easy victory in the Central Division Semifinals, it will be their special teams play. In the head-to-head series against Cincinnati this season, Toledo was 40% on the power play (10 for 25) and 80% on the penalty kill (20 for 25).

TJ Hensick looks to be their go-to player here as he has most of the season. Hensick, a member of the All-ECHL First Team, finished the season tied for second with 78 points (22g-56a). Hawkins should also heavily factor in here, given his championship-winning experience with the Kelly Cup-winning Fort Wayne Komets last season. 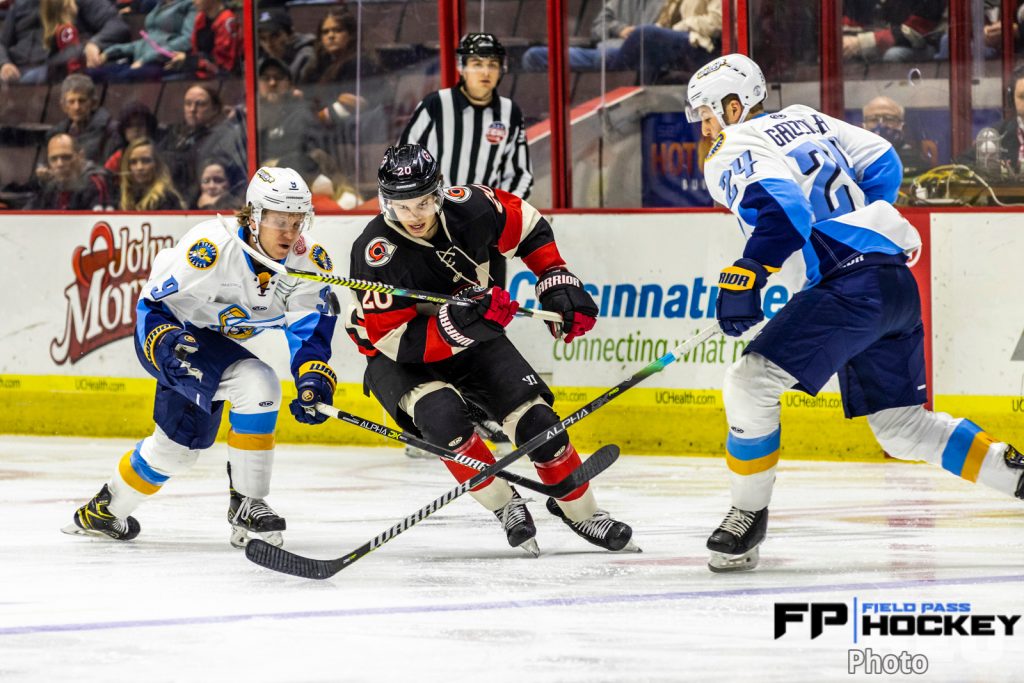 Overall, Toledo needs to keep playing like they have most of the season. The pièce de résistance to their strategy is establishing and maintaining an early lead throughout the game. Otherwise, they struggle in comeback situations.

Just take a look at these records:

Toledo needs to find a groove early, settle in, and not let the moment become bigger than they can handle. After all, if they want to go far in this postseason, the earlier they can figure that out, the better.

It’s going to be a long shot, but not necessarily impossible for the Cyclones to pull out the upset and clinch an appearance in the second round.

Now, Cincinnati has been playing playoff-style hockey for a little bit now. Having only clinched a playoff spot in the final weekend of the regular season, they know what fighting for each goal and each victory looks like. They know what it takes to grind it out. That’s something that the Walleye don’t have in their corner right now. The Cyclones, led by first-year head coach Jason Payne, need to rely on the play that got them to the postseason in the first place. Don’t get too fancy, and don’t stray from their identity.

Key players for the Cyclones include Jesse Schultz, who was seventh in the league scoring race with 71 points (23g-48a) and Zack Andrusiak, who finished 13th with 68 points (29g-39a).

Needless to say, it’ll be difficult for the Cyclones to come out victorious in this Battle of Ohio. But we have certainly seen odder things happen in hockey playoff play.