JACKSONVILLE, Fla – The South Division’s number two seed Atlanta Gladiators and number three seed Jacksonville Icemen will face off in round one of the 2022 Kelly Cup Playoffs starting on Thursday. Due to a scheduling conflict at Atlanta’s Gas South Arena, the first four games will be played in Jacksonville at the Vystar Veterans Memorial Arena.

This will be only the second time the Atlanta Gladiators have made it into the playoffs in their six-year ECHL run. In their only other playoff appearance, they were swept in the 2018 South Division semifinals by the Florida Everblades.

This will also be the second time the Jacksonville Icemen have made the playoffs during their five-year run in Jacksonville. In their lone playoff appearance, the Icemen lost to the Florida Everblades in the 2019 South Division Semifinals in six games.

Series Schedule (Home team in CAPS with all times local): 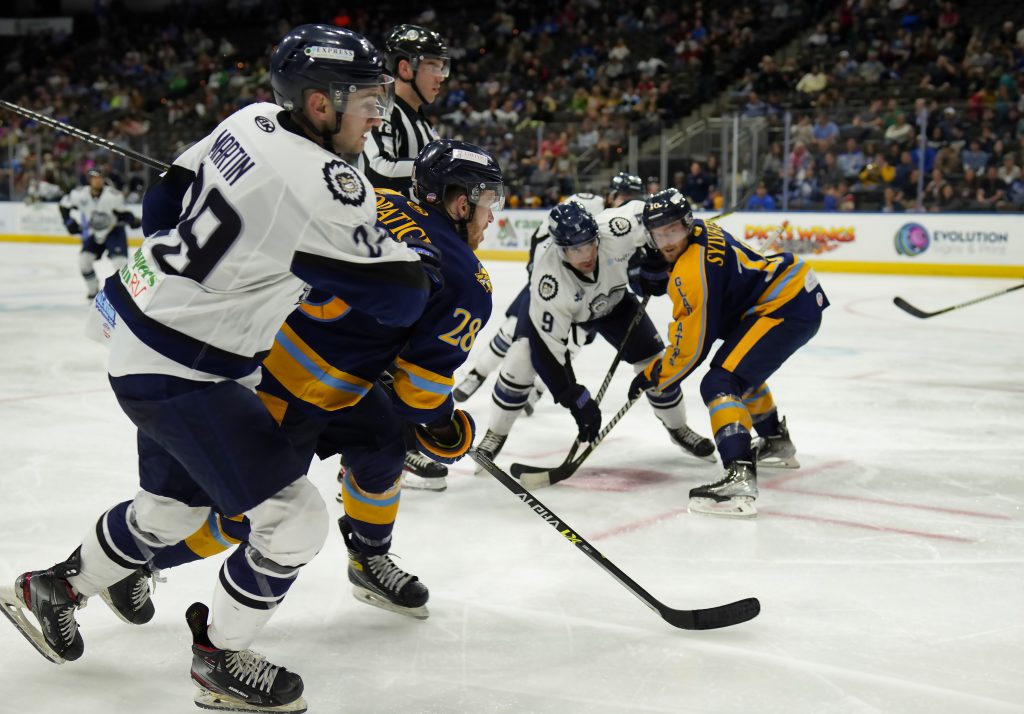 The two teams met eleven times during the regular season, with Atlanta taking the series 7-5 (Atlanta 7-3-0-1, Jacksonville 4-5-2-0). Atlanta’s Eric Neiley had six goals against the Icemen in this series. Derek Nesbitt had three goals and eight assists, earning him 12 points to lead the point series between the two teams. Jacksonville’s Craig Martin also had six goals against Atalanta and followed closely behind with 10 points in the series between the two teams.

Atlanta heads into the series having lost their last two games of the regular season and winning only three out of the previous ten games. Jacksonville had only three wins in their last ten games, but having won their last two games should give them some momentum to head into the first game on Thursday in front of their home crowd. Head-to-head, both teams are almost even on the penalty kill, with Atlanta at 83.9% and Jacksonville at 84.2%. However, both teams have struggled on the power play, with Jacksonville’s power play at 15.4% and Atlanta at 19.3%.

Will the lower-seeded Icemen, having home advantage for the first four games, give them the edge over Atlanta?

Field Pass Hockey’s Andrew Fielder will have gallery highlights from all four games played in Jacksonville.