CEDAR PARK, Texas – H-E-B Center has been a house of horrors for the Iowa Wild, as they entered Friday night’s contest with eight straight losses there.

CEDAR PARK, Texas – H-E-B Center has been a house of horrors for the Iowa Wild, as they entered Friday night’s contest with eight straight losses there. It looked like they would snap that streak when they overcame a one-goal deficit late in the contest. This  game was primed to head to overtime, but Joel Kiviranta scored with 52 seconds left to end that hope for the Wild. The Texas Stars recorded two power play goals and a short-handed tally to defeat Iowa, 4-3. The win snapped a four-game losing streak for Texas.
This was a game dominated by the Wild early on, as they took the first six shots of the contest, but it would be the Stars who nearly got on the board first. At the 1:25 mark, Josh Melnick fed the puck to Michael Mersch in front of the net, but his redirection went just wide of the goal.
At the 10:26 mark, the Stars would take the lead on a power play tally. Tyler Fedun gained control of the puck at the point. He passed it to Jason Robertson, who moved in on Wild netminder Kappo Kahkonen. When he was about 10 feet away, he fired a wrist shot that snuck through the Iowa goaltender’s arm for his 21st goal of the season.
The Wild were being thoroughly dominated, as Texas had a run where they took 10 of 12 shots. However, Iowa found a way to tie the score. Four minutes after Texas took the lead, Gerald Mayhew fired a shot that Jake Oettinger saved, but the puck came right to Nico Sturm who fired it back on net. Once again, Oettinger made the save but the puck slipped through his pads, stopping right on the goal line. Sam Anas quickly sped in, diving to knock the puck in for his 18th goal of the year.
Mayhew nearly gave his team the lead just before the midway point of the second period. With Texas on the power play, Mayhew read the pass between the two Stars defensemen perfectly, stealing the puck to give himself a breakaway. He tried to tuck the puck between Oettinger’s legs, but the Stars netminder was able to make the pad save to keep the score tied. 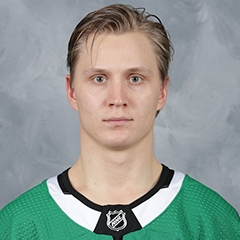 Moments later, the Stars retook the lead. Joel Hanley had the puck at the point before feeding it to Melnick, who moved in toward the faceoff circle before firing a perfect pass to Reece Scarlett. Scarlett blasted the one-timer by Kahkonen for his third goal of the year.
About a minute later, the Stars nearly extended their lead to two. Texas entered the Iowa zone on a 2-on-1 break. At the last moment, Joel L’Esperance dished the pass across the crease to Robertson. His shot beat Kahkonen, but the puck hit off the post and bounced out. The Iowa goaltender had slid away from the crease, leaving the Wild net wide open and the puck loose in front, but Keaton Thompson was able to retrieve the puck and clear it away from trouble.
That proved to be huge, as Dmitry Sokolov scored his 14th goal of the season just past the 13-minute mark. Brandon Duhaime passed the puck to Connor Dewar behind the Texas net. Dewar made a perfect pass in front to Sokolov, who buried the shot to give him goals in three straight games.
In the third, the Stars took the lead for the third time in the contest thanks to their special teams. This time, however, it was the penalty killing unit scoring the short-handed goal. Melnick stole the puck in the neutral zone, then entered the Iowa zone along the boards. He waited until the last possible moment before feeding the puck into the crease, where Riley Tufte buried the one-timer for his second goal of the year. That was the ninth short-handed goal the Wild have allowed this season.
At 5:42, it looked like Mayhew was going to tie the score once again. The puck was dumped into the Stars zone where Oettinger went behind the net to gain control. However, the puck caromed off the glass and out in front to Mayhew, who had a wide-open net. He quickly fired the shot, but Oettinger was somehow able to dive to make an absolutely incredible glove save.

UNREAL. Jake Oettinger, we are not worthy ? pic.twitter.com/AyebaKOf3x

With about six minutes left, the post proved to be the friend of Oettinger not once but twice. The first came when the feed came to Anas in front, whose tip went off the cross bar and out. Seconds later, Matt Bartkowski blasted a shot from the point that Dewar deflected off the post. 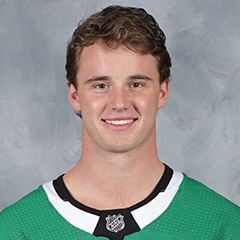 It looked like Iowa was going to be denied, but with 4:30 left in the game, Kyle Rau tied the score. Brennan Menell fired a shot from the point that Rau deflected in for his 13th goal of the season.
This game looked like it was headed for overtime, but the Stars retook the lead with 52 seconds left in the contest. Kiviranta carried the puck toward the Iowa goal, but it was knocked off his stick, going behind the net. Tufte outraced the Wild defender for the puck, then dished it back out in front to Kiviranta who put it in for his 12th goal of the year.
The Wild pulled Kahkonen but could not find the equalizer, as the Texas Stars held on for the 4-3 victory. Melnick and Gavin Bayreuther each recorded two assists for the Stars. Tufte had a goal and an assist and Oettinger made 33 saves. Kahkonen had 20 saves for the Wild.
Despite the loss, Wild Head Coach Tim Army was pleased with his team’s performance.

“I thought we played really well. We haven’t had much success in here. That was the best game we played against them since I came on board. I thought we outplayed them, I thought we were the better team, and I thought it was only a matter of time before we won the game. We just got caught up ice on that final rush and that made a mistake that cost us the game.”

Texas scored on both of their power play chances. Iowa went 0-for-3 and has not converted on their last 13 opportunities with the man advantage. After the contest, Army addressed the struggles of the power play units.

“We’re still generating some chances. we’re still getting some looks. we’re not finding ways to get them in. Right now, I don’t think we’re working hard enough to come up with loose pucks to create second opportunities. We’re not quite as crisp; we’re a little bit slower with it and things are closing more quickly. We’re not coming up with as many battles as we normally do and that is not giving us the second and third looks.”

These two teams square off again on Saturday. The opening faceoff is scheduled for 7:00pm CST.
Follow Robert on Twitter for news, notes, and insights on the Iowa Wild! Don’t forget to follow The Sin Bin on Twitter and Facebook for all additional AHL, ECHL, and SPHL minor league hockey coverage!