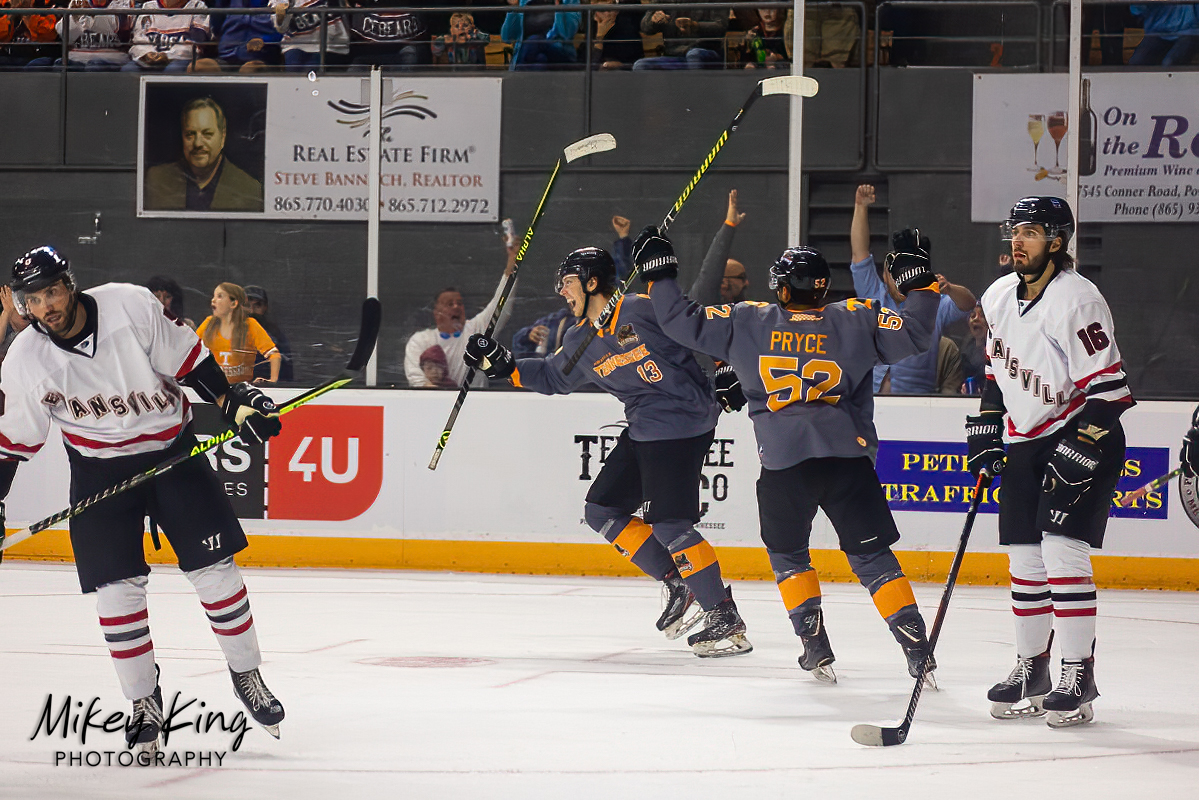 KNOXVILLE, Tenn. – The Brent Clarke era in Knoxville began this past Friday night at home against the Evansville Thunderbolts in the first of a home-and-home series between the two teams. The night started with the William B. Coffey trophy banner raising and high expectations for the team that finished last season atop the standings in record-breaking fashion. Knoxville went on to split the weekend with the Bolts, winning at home 4-2 and dropping their game in Evansville 4-3.

Right out of the gate, the Ice Bears and goaltender Kristian Stead faced an onslaught of shots. The Thunderbolts recorded eight shots on goal before the Ice Bears could finally get their first attempt on rookie netminder Henry Johnson. Just past the midway point of the opening period Fredrik Wink notched the game’s first goal for the Thunderbolts. The Ice Bears spent most of the first period chasing Evansville.

Evansville added another goal in the second and looked to take a commanding two-goal lead into the locker room after two periods. Ice Bears captain Justin MacDonald had other plans, however. Macdonald put Knoxville on the board with just 12 seconds remaining in the period, and something clicked with the team at that point.

The Ice Bears added three more goals in the third period making it four unanswered in the comeback win. The goals came from Cole McKechney and Brady Fleurent. Fleurant scored the game-winning goal and netted one late in the game to seal the deal for Knoxville. This game marked the eighth consecutive game between the two clubs that tied at some point in the third period. Needless to say, the level of intensity between the two was only going to rise heading into Saturday night. 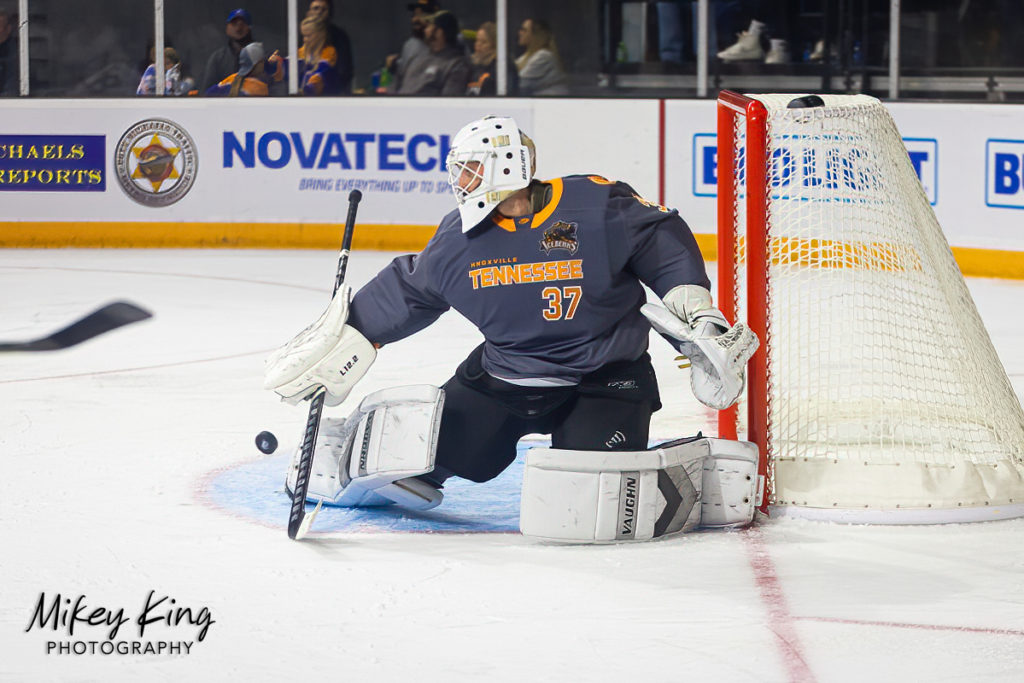 Night two at the Ford Center in Evansville, Indiana, was an epic encore of what we saw one night before. This time it was the Ice Bears who scored first. The goal came off the stick of Brett Ouderkirk on the powerplay. It did not take long for the Thunderbolts to answer. With just over 30 seconds remaining in the first, Wink beat Tom Aubrun for his second goal in as many nights.

The Bolts took 45 seconds in the second period to take the lead. The go-ahead goal came off the stick of Mathieu Cloutier. Knoxville did not seem to care, though, because they battled back, and Fleurent scored his third goal of the year to tie things up a short time later. Mike Ferraro answered for Evansville on the powerplay after Brett Beauvais was sent to the penalty box for cross-checking.

Evansville notched another early-period goal in the third period. Credit to Matthew Barron for the goal that gave the Bolts a two-goal cushion. This forced the Ice Bears to start taking chances, and just shy of the halfway point of the period, it finally paid off. Ouderkirk brought the Ice Bears back within one, and it was starting to feel a lot like the night before. Knoxville fired shot after shot at Zane Steeves, but Steeves understood the plan and did not let another goal pass him. For the first time since the 2019-20 season, the Ice Bears fell to the Evansville Thunderbolts. 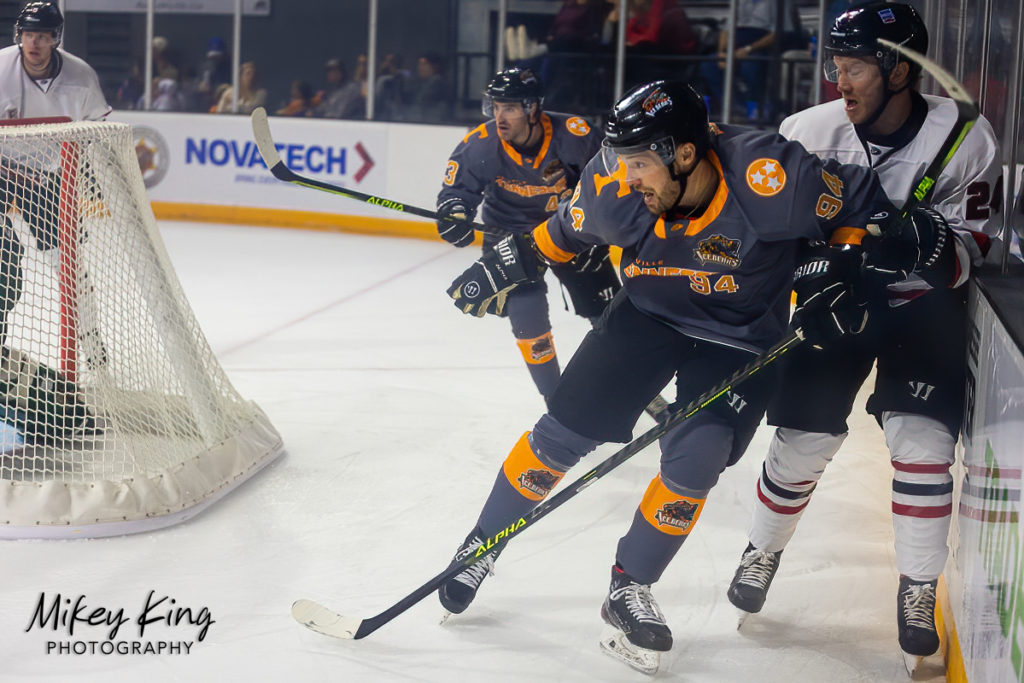 Next up for the Ice Bears is a matchup at home with the Fayetteville Marksmen on Friday night. Fayetteville, like Knoxville, is coming off a home-and-home series split 1-1 against the Roanoke Rail Yard Dawgs. After that, Knoxville will head down the road for a matchup against the Birmingham Bulls. The Bulls started their season off in Vermilion County and game out of the weekend with a pair of victories.