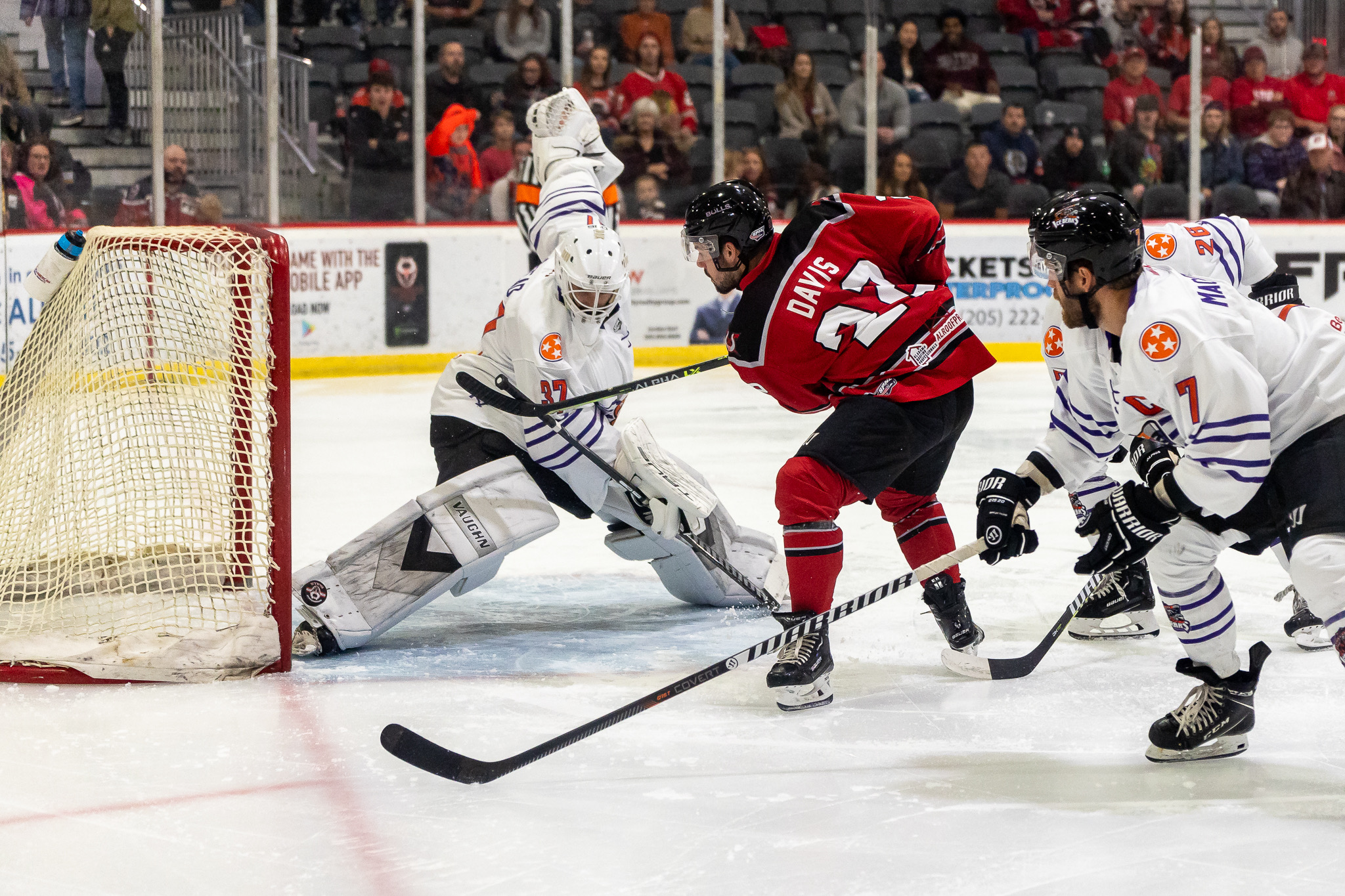 Knoxville, Tenn.- After splitting the opening weekend with the Evansville Thunderbolts, the Knoxville Ice Bears came into week two with a vengeance. The Ice Bears steamrolled the Fayetteville Marksmen 5-2 on Friday night and put on a penalty-killing showcase Saturday night in Birmingham against the Bulls. They toppled the Bulls by a score of 4-1, ending an excellent weekend.

The Ice Bears wasted no time getting on board Friday night. Rookie Brett Ouderkirk continued his offensive dominance, scoring 1:23 into the game. Ouderkirk added another just over five minutes later, giving the Ice Bears a two-goal lead early on. Knoxville’s penalty kill unit staved off the Marksmen powerplays in the period, and Jimmy Poreda stopped all seven of Fayetteville’s first-period shots. The Ice Bears were feeling really good heading into the locker room after one.

Brady Fleurent was the man to get the scoring going in the second period. He netted his fourth goal of the season when he sent the puck zinging past Fayetteville’s Brent Moran in net. Shortly after that, captain Justin Macdonald gave Knoxville a massive 4-0 lead, and the Ice Bears showed no signs of slowing down. Razmuz Waxin-Engback added a fifth on the powerplay with just over four minutes remaining in the period, making it 5-0. It wasn’t until there was only 1:59 remaining that Fayetteville was finally able to get on the scoreboard. Andrew Lane hammered a power play goal home while Andrew Bellant sat in the penalty box for high sticking.

Fayetteville tried to maintain the momentum of that late second-period goal and scored 21 seconds into the third. Carlos Fornaris was the man who beat Poreda for the Marksmen’s second goal of the night. However, the Ice Bears locked things down, even killing three more penalties in the period, and would ultimately take the victory on the night. 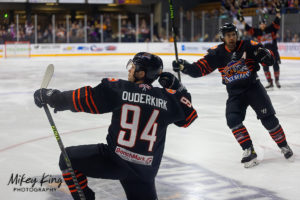 The Ice Bears rolled into the Pelham Civic Center on Saturday night with a full head of steam. It only took a minute and fifty-nine seconds for Bellant to put Knoxville on the board when he zapped a shot past Birmingham’s Austin Lotz. Chaos ensued halfway through the period, and it was not the good kind. Knoxville found themselves in penalty trouble and had to kill off back-to-back five on three powerplays. Kristian Stead stood on his head and stopped everything that came in his direction, stopping 24 shots in the first. The Ice Bears narrowly escaped the period with a 1-0 lead.

Birmingham, who really controlled play this entire game, was able to tie the game up early in the second period when Mike Davis came crashing into the blue paint and snuck one behind Stead. The onslaught would continue with the Bulls firing shot after shot in the second period. It only took a small mistake by the Bulls, though, and Andrew Bellant struck again, giving the Ice Bears back the lead. Once again, the Ice Bears headed to the locker room with a one-goal lead being heavily outshot 37-16.

The Bulls once again kept Knoxville on their heels to get the third period going. Once again, though, Stead was standing on his head, stopping everything that came in his direction. With under ten minutes remaining, MacDonald gave the Ice Bears a two-goal lead on one of Knoxville’s five third-period shots. Birmingham did not let up despite being down and continued to press. Stead stood tall in the net and continued to deny shot after shot. The Bulls went on to pull Lotz late in the game for an extra attacker, resulting in Bellant getting his third goal of the night on the empty net. Stead ended the night by stopping an unprecedented 60 of 61 shots, leading the Ice Bears to victory. 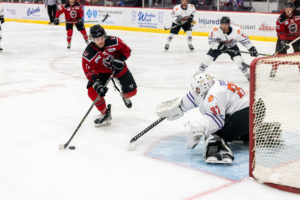 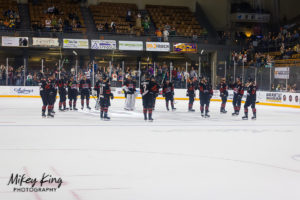