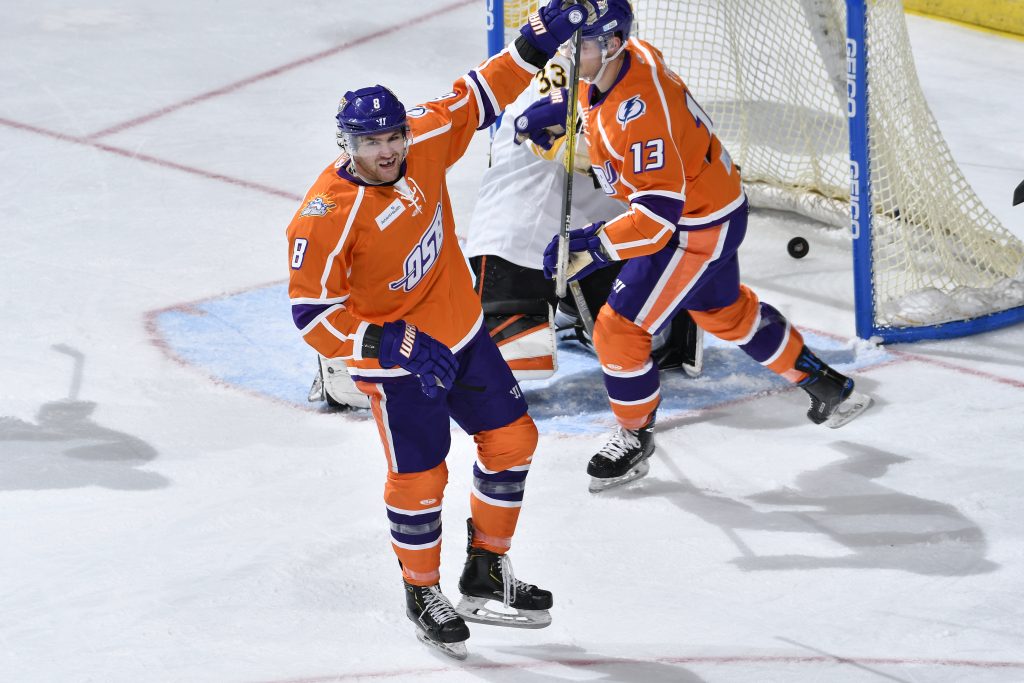 ORLANDO, Fla. – With hours left before the Orlando Solar Bears kick off their training camp, the team kicked off Sunday by announcing the return of forward Tristan Langan, the team’s leading rookie scorer from a season ago. This will be his second professional season.

The 6-foot, 205-pounder returns to Orlando after appearing in 45 games with the team during the 2019-20 campaign, in which he picked up 37 points (13 G, 24 A), as well as racking up 34 penalty minutes and leading the team by far with a plus-minus of 25. The Swan River, Manitoba native was under-contract with the AHL’s San Jose Barracuda, where he played nine games, registering an assist.

Prior to the start of his professional career, the 21-year-old spent his entire junior career in the Western Hockey League with the Moose Jaw Warriors. In 241 regular-season games, he chalked up 184 points (78G, 106A) with 132 penalty minutes and achieving a plus-minus of 68. During his final year with the squad from Saskatchewan, Langan had a stellar year, getting 113 points in just 67 games with an impressive plus-minus of 43. He barely missed out on leading the league in points, trailing Joachim Blichfeld of the Portland Winterhawks by one.

Langan is the 22nd member to join the Solar Bears’ team. The Bears will have a two-game preseason series against their in-state rival, the Florida Everblades in Estero this coming Friday and Saturday night.

The team will open their eighth ECHL season on Saturday, December 12 against the Florida Everblades.