MACON, Ga. – Many sports fans are starved for any semblance of action from their rooting interest of choice. 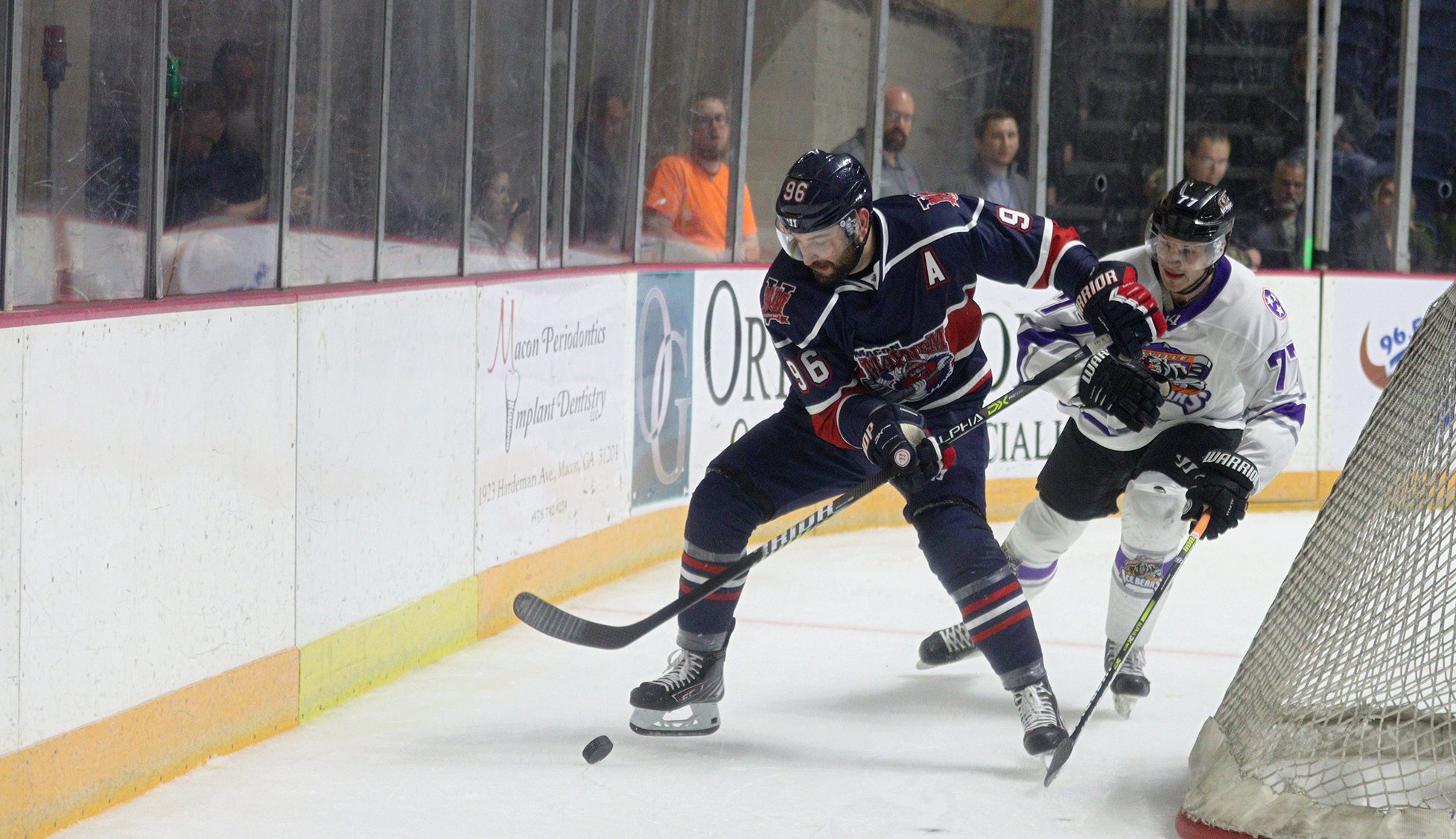 MACON, Ga. – Many sports fans are starved for any semblance of action from their rooting interest of choice.
With all events more or less sidelined due to COVID-19, there’s a desire for something to look forward to whenever play returns, and fans of the SPHL’s Macon Mayhem are no exception.
Mayhem Head Coach Ryan Michel gave at least an idea of what to expect on the ice in year six for the team in Macon with Friday’s release of the protected list.
The protected list is no guarantee; teams can still add players going forward. However, players on the protected list cannot be acquired by other SPHL teams, and it also gives an idea of who’ll be on the roster whenever preseason training camps open.
Overall, Macon chose to protect seven forwards, five defensemen and one goalie.
History repeats itself in a way in goal for the Mayhem. Last year, a strong late-season showing earned Kevin Entmaa a strong look for the next season. This year, it’s Michael Stiladis doing so with a 4-1 mark and 2.15 GAA to end the year. Like Entmaa last year, Stiladis gets a shot to be a true number one goalie.
The forwards on the list show that the Mayhem will use last year’s top scorers to lay a foundation as the top three — Stephen Pierog, Dylan Denomme and Caleb Cameron are all on the protected list.  Colton Wolter (13 points in 16 games) and Eric Yitalo (five points in six games) appear to have done enough after coming to Macon later in the year to figure into Macon’s plans for 2020-21.
The x-factors have to be Jimmy Soper and Beau McCue. Both spent extensive time in the ECHL last year, and while that could lead one to assume that they’ll end up in an ECHL camp at the minimum, Macon can at least block another SPHL team from snapping them up. Then again, if either ends up back in Macon next year, it could be an ace in the hole for Macon’s scoring punch.
On defense, Nick Minerva also falls in that category, playing just four games for the Mayhem last year compared 47 with Rapid City in the ECHL. Cooper Jones (two points in six games) and Oscar Arfelt (minus-one rating in 14 games) fill the slot of players who established themselves enough late in the year to warrant a look for 2020-21. The other side of the coin holds the seasoned experience of Zach Urban (who played in a team-best 42 games for defensemen in Macon), along with Alex D’Olivera (who played in 32 games).
Follow Brad on Twitter for all the latest Macon Mayhem news and notes. Don’t forget to also follow The Sin Bin on Facebook, Twitter, and our Main Webpage for all the latest AHL, ECHL, and SPHL minor league hockey reports and analysis!