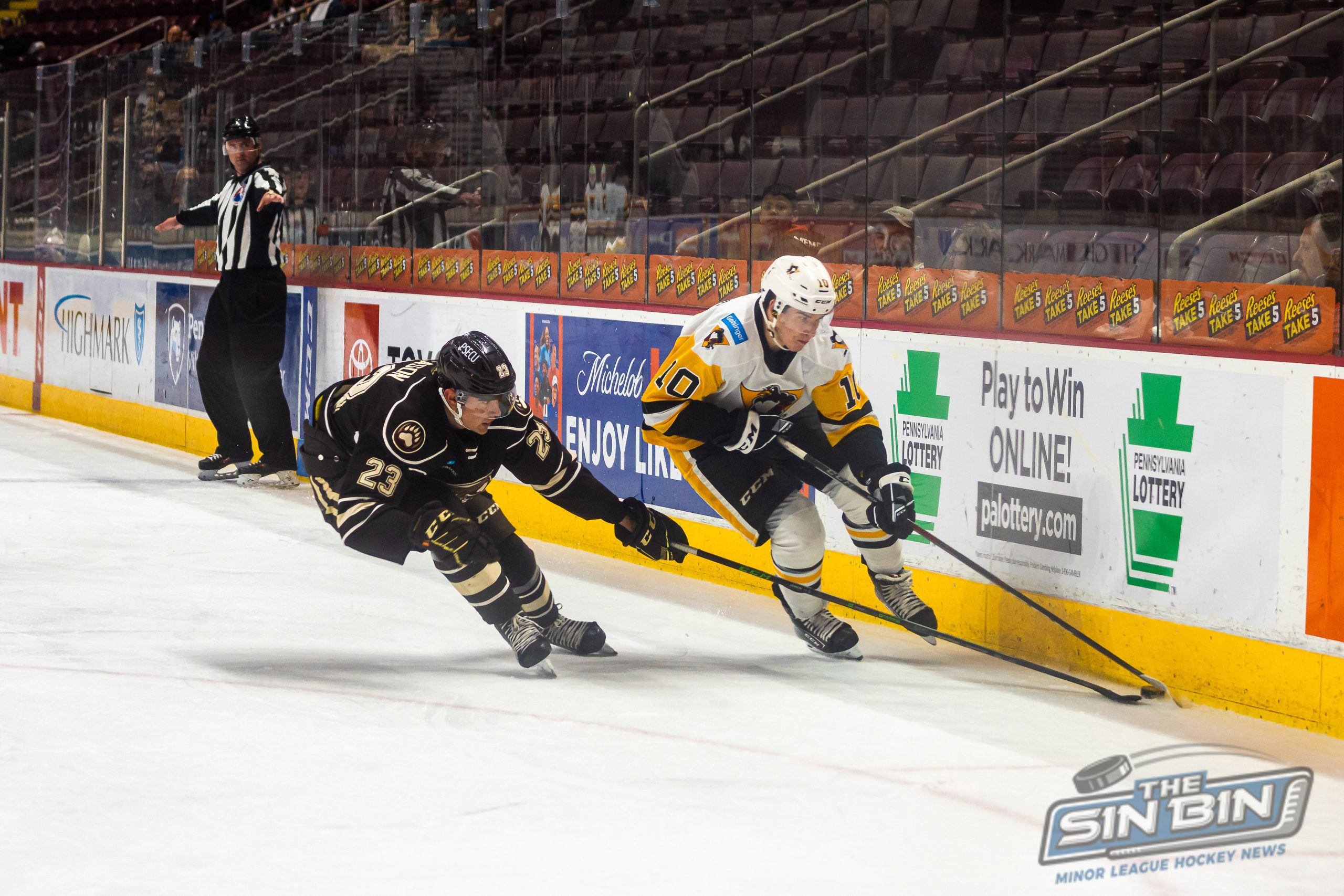 HERSHEY, Pa. –  The arrival of Hershey Bears forward Brett Leason was well-documented prior to his debut in the 2019-20 season as an over-ager in the 2019 NHL Entry Draft. Leason was a rare case: going straight from the draft to donning the Chocolate and White colors within months.

With a season of professional play under his belt, Leason enjoyed an expanded role within the unusual confines of the 2021 AHL season and ran with the opportunity by increasing his production tremendously. Leason will be a key player to watch for in the final year of his entry-level contract in 2021-22 as he looks to impress the Washington Capitals’ brass.

If there were a traditional team award ceremony, Leason should be high on the list for the team’s Most Improved Player by great strides. Playing in all 33 games this season, Leason eclipsed his rookie season output by a sizeable margin, tallying nine goals and 11 assists for 20 points, easily passing his previous mark of three goals and 11 assists for 14 points over 50 games in his first season. Leason finished the season with four points (two goals, two assists) including a three-point performance in Hershey’s finale.

Leason had a five-game point streak to open the month of April and was able to tally his first power-play goal in that last game of the season, something worth keeping an eye on when next season starts up. Leason finished fourth on the Bears in terms of scoring, trailing only Matt Moulson, Connor McMichael, and Phil Maillet at the season’s end. Leason’s plus-nine rating is tied for first among Hershey forwards.

Within the confines of a shortened AHL season, Leason’s point pace was remarkable, and he found help from new faces and old friends. One of the team’s most exciting midseason additions was Aliaksei Protas, who joined the team when his stint overseas came to a conclusion in the KHL. Protas and Leason played together during Leason’s final season with the Prince Albert Raiders of the WHL, leading the team to a championship and piling up points. The duo was immediately reunited in Hershey and gave the Bears a formidable pairing. It’s no coincidence that Leason went on a five-game point streak (two goals, four assists) after Protas joined the team, helping to end a seven-game skid without a point.

Then, Connor McMichael gets a slam dunk courtesy of a great feed by Brett Leason! pic.twitter.com/A3LTShaB8x

Leason was a key contributor late in the season as the Bears found themselves losing players left and right with injuries. Leason found chemistry at the end of the season paired with McMichael in the final two games of the season, scoring near-identical goals with one player setting up the other for a tap-in in wins over the Binghamton Devils and Wilkes-Barre/Scranton Penguins.

The Bears put up eight goals in those last two games, a statement that the team could score even without a number of its top players.

Brett Leason scores the last goal of this 2021 season! pic.twitter.com/j3M2KcglDo

Leason is already set to return to the organization in 2021-22, and he’ll be a key contributor in an important season as the AHL embarks on a full 76 game schedule. With the Bears looking to keep their footing as one of the league’s top teams, Leason will be counted on to continue his role as a scorer, and his success will be Hershey’s success as the team pursues a trip back to the big stage next season.