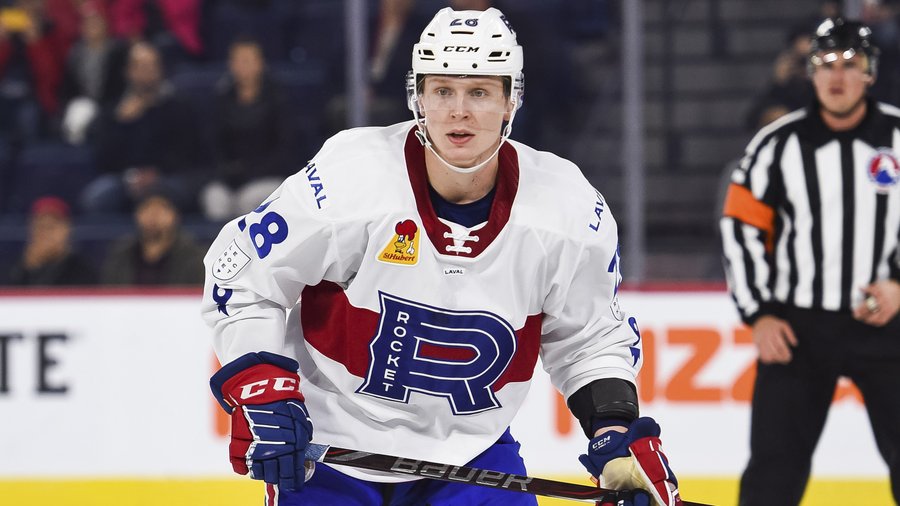 MONTREAL, QC – The Canadiens announced Monday that defenseman Otto Leskinen has been loaned to KalPa Kuopio of the Finnish Liiga to start the 2020-21 season.

MONTREAL, QC – The Montréal Canadiens announced Monday that defenseman Otto Leskinen has been loaned to KalPa Kuopio of the Finnish Liiga to start the 2020-21 season.

On May 7, 2019, the Canadiens came to terms with Leskinen on a two-year, entry-level contract. He was assigned to Laval out of training camp and skated in 52 games before the American Hockey League canceled the 2019-20 season due to the ongoing COVID-19 pandemic. The 23-year-old Pieksämäki, Finland native notched two goals and 20 assists for the Rocket before returning to Finland after the AHL announced that the season had ended and that there would be no return to play.

The Canadiens will loan Otto Leskinen to Kalpa Kuopio in the Finnish Liiga for the start of the 2020-21 season.
#GoHabsGo https://t.co/37OYVHd3D7

Leskinen was recalled on December 4, spending five games with the Canadiens and plugging a hole left on Montréal’s third pairing due to the injuries plaguing the team. During his stint with the big club, Leskinen tallied zero points.

Leskinen did not return to Montréal at the opening of training camp for the NHL’s return to play. Expect Leskinen to take part in Canadiens and Rocket training camps for the 2020-21 season.

The New Jersey Devils have also loaned players to European teams while the AHL waits for its season to begin.

With the expected start of the AHL season delayed, one could reasonably expect to see more European prospects loaned to teams in the leagues across the Atlantic.

Joining a team in Europe allows players to skate and play with a higher intensity and pace than just practicing or individual on-ice sessions. With such a long period between the last game they played in North America and the anticipated start of the 2020-21 campaign, the ability to play professional hockey is crucial to maintaining developmental progress and readiness for the upcoming AHL season.

More than one-third of Finns have a surname that ends in the suffix -nen. Within the Canadiens organization, there are six Finns. Four of them follow this naming convention:

The remaining two Finns whose names don’t share the -nen suffix? Joel Armia and Jesperi Kotkaniemi, both of whom are from Pori.