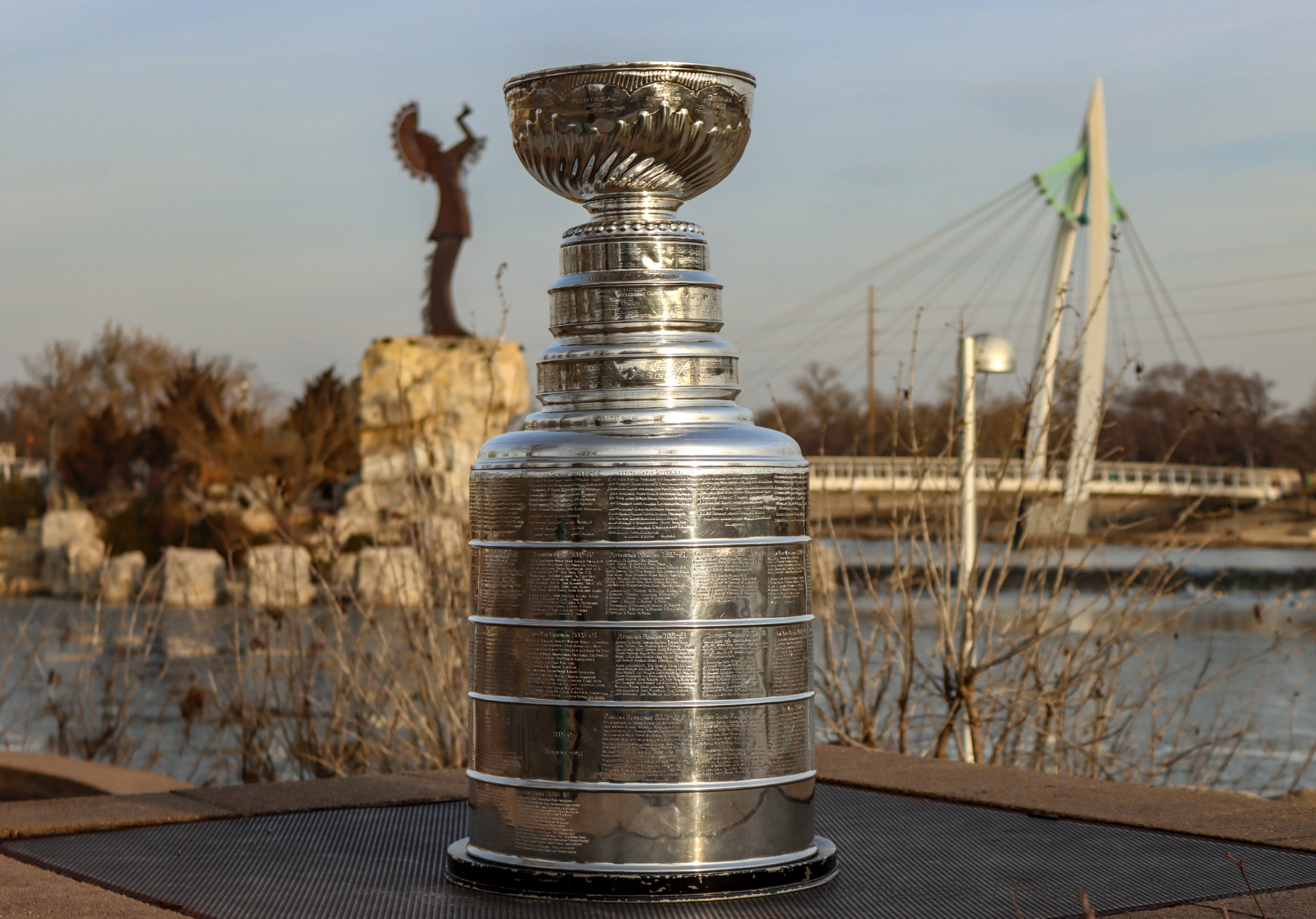 
WICHITA, Kansas – To some, the Stanley Cup is just another sports trophy but to others, the history inside the trophy dates back generations.
On Tuesday, January 21, Lord Stanley’s Cup traveled from Wichita to Hutchinson as well as a quick stop in Mulvane. The visits gave some lucky fans the opportunity to lay their hands upon the Stanley Cup.
Manning the Keeper of the Cup duties for the day was Mike Bolt of the Hockey Hall of Fame. Everywhere the cup went, Bolt gave the message, “You can touch it, you can put your arm around it, you can even kiss it, but if you want to lift it, you’ve got to go win it.”
Bolt, a native of Toronto, began working for the Hockey Hall of Fame 21 years ago and never looked back.

“I’ve been to 24 countries with the cup and 49 of the 50 states (no Hawaii yet)… I’ve also had the chance to take It onto a space shuttle.” Bolt said.

To conclude the day, the Stanley Cup arrived at the Drury Plaza Hotel Broadview for the 2020 ECHL Hall of Fame induction ceremony as well as the All-Star Classic’s FanFest. People lined up to see the Cup from 6:00pm to nearly 9:30pm, with some people saying they stood in line for over an hour and a half to see the Cup.
The Cup’s time in Wichita drew to a close as the final people left FanFest, as the Stanley Cup begins its journey to St. Louis for this weekend’s NHL All-Star festivities.
The Sin Bin continues coverage from the ECHL All-Star Classic this evening as Matthew Harding and Matthew Will host the Sin Bin All-Star Game pregame show at 6:00pm CT followed by the game broadcast with Zach Courter, Harding and Will at 7:00pm CT. All coverage today will be available to stream on the Sin Bin app or at mixlr.com/the-sin-bin.