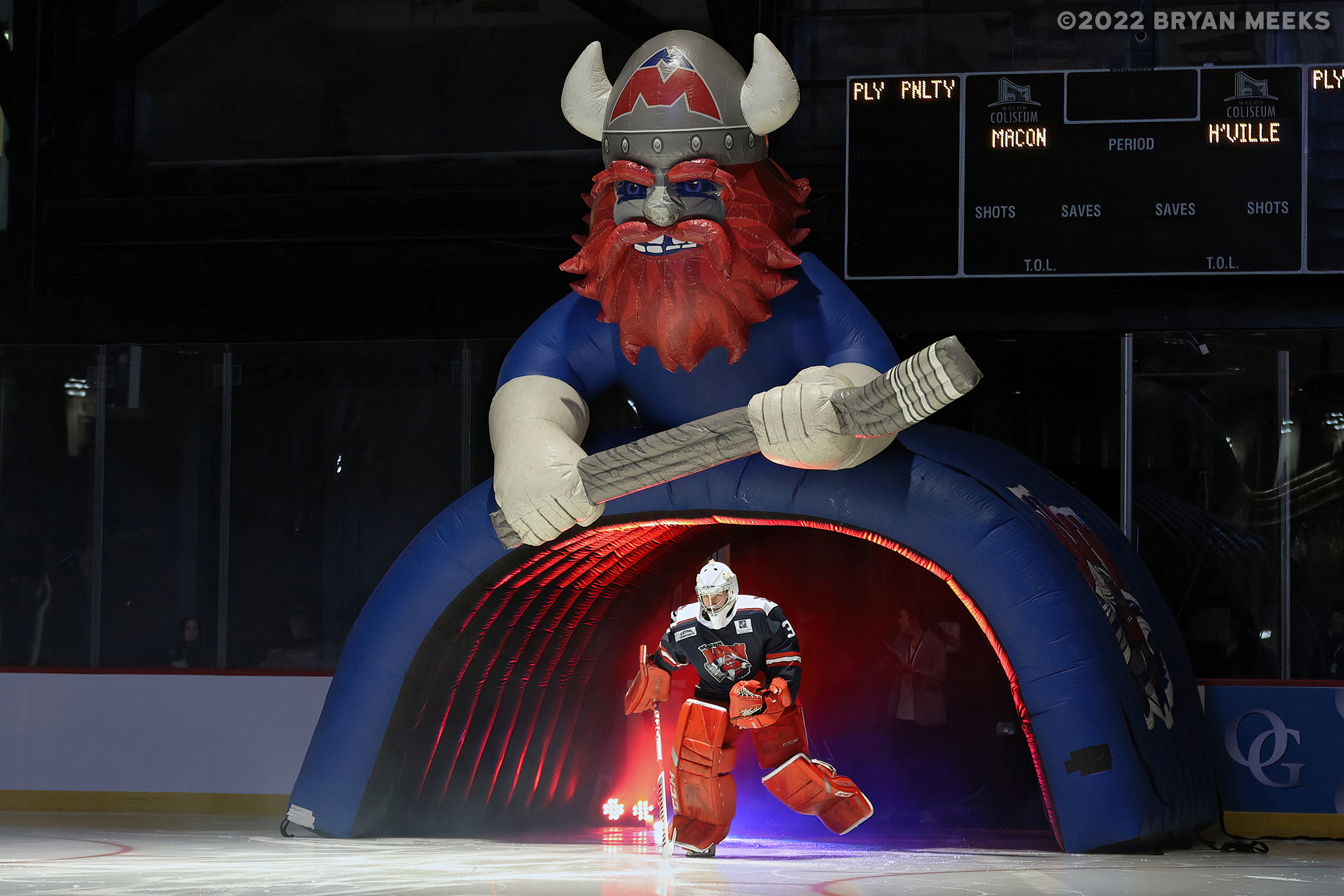 MACON, Ga. – Following an 0-4 start to the season, the Macon Mayhem are refusing to stand pat.

Macon, which before this week had already made three trades this season, wheeled and dealed on Monday as head coach Nick Niedert continues to look for the right fit on and off the ice. It’s a far cry from last year when Macon pulled off just one trade, and that was in the month of October. So far this year, the Mayhem have landed goalie Tom Aubrun, defenseman Matt Stoia and in a blockbuster deal Monday, four more.

In Faulkner, Macon instantly gains a wealth of experience. He played 46 games for Evansville last year, posting  a plus-eight plus-minus rating. With the earlier trade this season to acquire Stoia from Quad City, Macon now has a combined nearly 120 games of experience between those two defensemen alone. For a team still relatively young, that should pay dividends not just in terms of ice time having been logged, but also bringing younger players along.

On the offensive end, the addition of Blackburn, Britton, and Kingston represents giving players a chance at a new destination after starting the season elsewhere. In fact, this will be Blackburn’s third team since the start of the year, as he began the season with Fayetteville.

If earlier playing time of new arrivals means anything, the newest additions to the Mayhem roster should play sizeable roles in Macon. Stoia debuted for Macon last weekend, appearing in both games against Roanoke with Aubrun, who last year played in a combined 20 games for the ECHL’s Indy Fuel and the AHL’s Rockford IceHogs,  yielding four games in his Mayhem debut for the Mayhem, who have also seen Josh Benson and Cody Karpinski log time in the crease.

Macon plays Knoxville on Friday and plays again at home Nov. 17 against Birmingham.