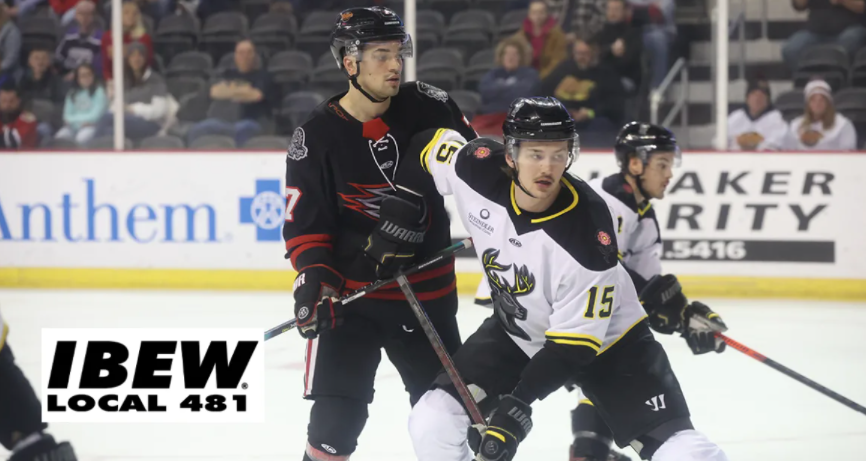 Both Gillam and Kaczperski were solid in the first, as neither team could light the lamp. Indy outshot Iowa, 10-7.

In the second, Indy scored a pair of goals to take a 2-0 lead. At 2:24, with Iowa on the power-play, Jan Mandat passed the puck into the neutral zone to C.J. Eick, who entered the Heartlanders zone and fired a wrist shot that beat Kaczperski for his fourth goal of the year.

Just before the eight-minute mark, the Fuel extended their lead to two. Brycen Martin took a shot that Kaczperski knocked down, but the rebound came right to Spencer Watson, who tucked it in for his 15th goal of the year.

Indy had dominated the second in more ways than just on the scoreboard, outshooting the Heartlanders, 15-4. For the second straight game, Iowa simply could not generate much offense. After recording just 14 shots against Fort Wayne on Friday, the Heartlanders put 20 shots on Gillam, getting just one past the Fuel netminder.

That came at 1:20 when Smith cut his team’s deficit to one. Cole Stallard took a shot from inside the faceoff circle that Gillam blocked, but Smith quickly corralled the loose puck, wristing it past Gillam for his first goal of the season.

Kaczperski kept his team close, but Indy finally extended their lead at 16:21 when Malone scored his first goal of the game. Malone made a nice move, speeding past the Iowa defenseman along the boards, then moving inside the faceoff circle before firing a wrist shot that beat Kaczperski to the far post.

With five seconds left in the contest, Malone added an empty-net goal, his eighth tally of the year. Besides the two goals by Malone, Mandat had two assists. Gillam finished with 19 saves.

The Heartlanders move on to Rapid City to take on the Rush for the first of three games starting on Friday. The puck drops at 8:05 Iowa time.