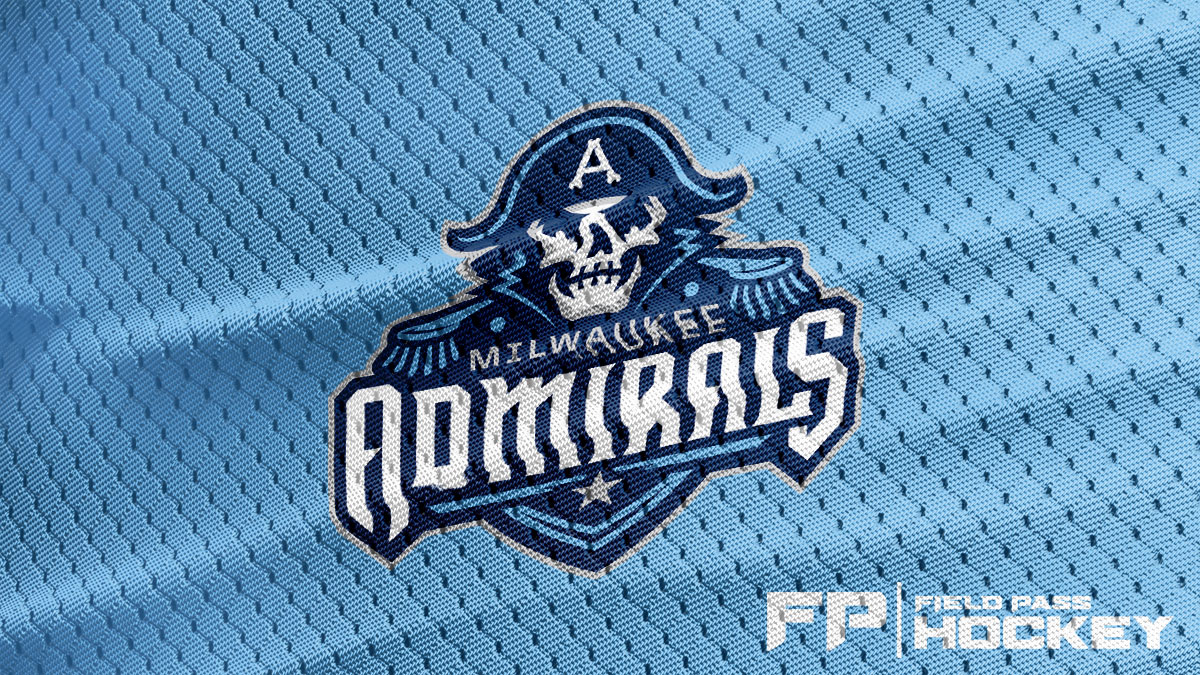 MILWAUKEE, Wisc. — Short on rest and long from home, the Manitoba Moose stampeded into Milwaukee Saturday night for the second of a three-in-three set. Waiting for them was an eager, rested Milwaukee Admirals roster, complete with a rocking home-opening crowd. Backed by gold star goaltending in Arvid Holm and two-point showings by Jansen Harkins and Alex Limoges, the Moose took its third straight victory, this time by a score of 5-2.

Last night’s game marked the first of eight clashes between the Moose and Admirals this season. These two teams last met in the 2022 Central Division Semifinals, with Milwaukee coming away with the playoff series win following a hard-fought five-game set.

Backed by 5,838 in attendance at the UW-Milwaukee Panther Arena, the Admirals looked poised for an absolute rout. Three different stoppages in the first 40 seconds drained some of the energy out of the arena. Not ideal for building momentum, but the Admirals seemed to weather it just fine to start. In the opening minutes, Holm was challenged since all faceoffs were in front of him and the Moose struggled to claim any possession.

Marc Del Gaizo whipped the crowd into a frenzy not even two minutes in, squaring up for an enormous hit on Manitoba’s Nicholas Jones, resulting in a takedown at center ice.

It sure didn't take long for a fight to break out in this one. Just 1:51 in, Nicholas Jones and Marc Del Gaizo tangle after Jones absorbs a hit from Del Gaizo in front of the Moose bench. Both are sent off for fighting.

The possession struggles continued for Manitoba. By the time they gained control of the puck, it was usually late on a shift, resulting in tired legs and mistakes. Holm, however, was more than up to the task, confidently stopping every shot that came his way in the first period.

Meanwhile, Milwaukee’s netminder Yaroslav Askarov was only on his second shot of the night when Navrin Mutter was called for tripping. Less than a minute later, Moose D Declan Chisholm popped home his first of the season, finishing off a Harkins rebound. Limoges also got a helper point on the effort.

That was the only goal in the first period, even though Milwaukee led in shots 13-5.

Twenty-six seconds. That’s all it took for Manotiba to jump to a two-goal lead, effectively taking the crowd out of the contest. Limoges stole the puck in his offensive zone and perfectly fed a wide-open Harkins.

Now, don’t get the impression that Milwaukee let up or didn’t try. Because they certainly did. Between stellar goaltending, blocked shots, and efficient rebound control, they struggled to solve Manitoba’s defensive play. It was Holm who kept his team in control in this matchup. Otherwise, we’d likely be talking about a reverse result.

Perhaps the best example of this came at 2:59 of the second. Luke Evangelista lined up for a prime shot but was stopped by Ville Heinola‘s skate. The puck ended up deflecting right into Holm’s glove. If that one had gone in, it could’ve been a huge momentum changer. Though, Milwaukee kept chipping away, never truly giving up on the play.

In the closing seconds of a Mikey Eyssimmont slashing penalty, Mark Jankowski finally broke the scoreless streak for Milwaukee. A super silky zone entry and crisp passing led to a total team effort in the 2-1 tally.

A squeaky-clean zone entry on the power play leads to Milwaukee getting their first of the night. A perfectly placed shot by Mark Jankowski tucks the puck just under the post.

After that tally, the Admirals went into full attack mode. Standing in their way, however, were Holm and the goalposts. Holm went up against a Phil Tomasino penalty shot, plenty of shot opportunities, and just general chaos in front of him. An attempt by Evangelista looked to potentially beat Holm, but by the grace of some higher power, the netminder somehow kept the puck in front of the goal line.

Play is currently under review. Chaos in front of the Manitoba net led to a couple high danger chances for the Admirals.

Somehow, some way, Manitoba survived Milwaukee’s onslaught. If anything good came from the flurry, the crowd was finally fully energized and back into action.

Oh yea, there was another fight too.

Tyrel Bauer and Mutter dropped the gloves after pushing and shoving all shift long. It was Bauer’s first professional fighting major.

Overall, it was a solid period for the Moose, though the Admirals still led the shot count 21-17.

The chaos continued into the third, with Manitoba coming out flying. In total, the Moose scored three goals in the third, with a power-play tally by Jeff Malott, an even-strength goal by Kristian Reichel, and an empty-net finish by Brad Lambert.

On the other side of the ice, Tommy Novak finished off a perfect team play about midway through the third to bring the score to 3-2.

Milwaukee with some super sharp passing to bring this one back to one! Tommy Novak gets a key offensive zone faceoff win and then ends up with the goal. Perfect work all around for the Admirals.

The third obviously was dominated by the Moose in scoring. The squad did not trail in shots for the first time all night, finishing up the period with both sides at 14 chances each.

Quotes of the Night

“It seemed crazy, maybe, but it’s almost easier as a goalie. Just kind of go with the flow. As a goalie, you are obviously reacting to the play. I feel it’s almost easier for us when the flow is like that, scrambley and all that.” – Holm when asked how he maintains focus when the play is busy in front of him.

“That’s a weird game for me. I’m trying to be disappointed with it, but I kind of feel good about how we played… We’ll watch the video and see what we see. I think we’re gonna see a lot of good today. There’s some things to clean up, but aside from the score… I thought it was a pretty good night. ” – Milwaukee head coach Karl Taylor.

Ultimately, Holm was the reason Milwaukee didn’t run away with this. They had every opportunity to capitalize on the young Swedish netminder, but he more than held his own. His efforts kept Milwaukee off the scoreboard and zapped the energy from the fans. That gave the Moose everything they needed to get together and on the scoreboard.

Obviously, I’m not giving any shade or complaints about Askarov. He had his fair share of critical stops, but there were plenty of times when he was left to fend for himself.

Kristian Reichel gives Manitoba a 4-2 lead. He perfectly read the number of tired guys on the ice for Milwaukee and capitalized on it.

Askarov was down in the crease but still making saves. Couldn't blame him for that one at all.

Ultimately, it’s still relatively early in the season. Teams are still working on their chemistry, strategy, and all that good stuff. So, Admirals fans, there’s no reason to worry just yet. All of the pieces for a strong team are there. Tomasino, especially, looked sharp on Saturday night. He was setting up teammates all night long. Again, Holm and the Manitoba defense was so spot on; I doubt many teams could overcome that.

Manitoba had three players go down the tunnel at different points of the contest: Heinola, Evan Polei, and Harkins. Since they are moving into their last of a three-in-three set on Sunday, eyes will be glued to the roster report if these injuries are severe enough to keep them out.

Manitoba travels to Rockford to take on the IceHogs at 4:00 p.m CDT. This finishes up their three-in-three set.

Milwaukee gets a short break before playing the Texas Stars at home on Wednesday, October 26, at 7:00 p.m.