TORONTO, ON – On Friday afternoon, it was the first time that Texas and Toronto have met since the 2018 Calder Cup Finals. 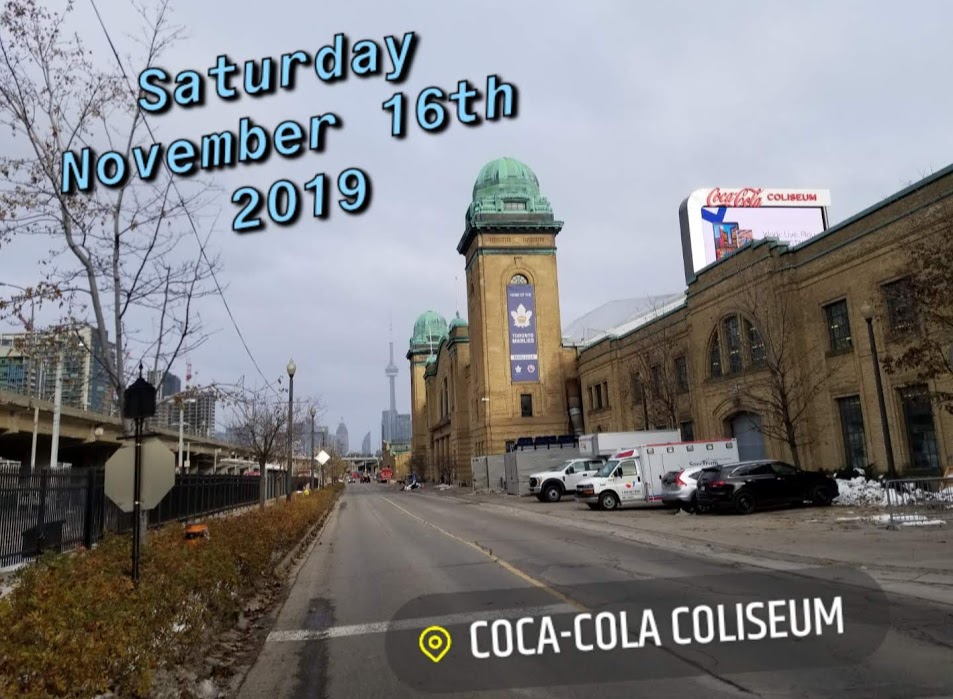 TORONTO – Walking through the concourse, you can feel it. The buzz. The excitement. The crowd is pumped; they are ready for a W. This is the first time the Texas Stars and Toronto Marlies have met since the 2018 Calder Cup Finals.
The Marlies have been on the road since October 20. In their seven-game stint, they have dropped five of those games.

New faces respectively joined both clubs this week. Rhett Gardner was recalled from Texas to Dallas earlier this week; Diego Cuglietta, who scored just a single assist in three ECHL games this year, is set to replace him. Defenseman Ondrej Vala also joined the club ahead of the game from ECHL Idaho. Meanwhile, Toronto recalled Scott Pooley and reassigned defenseman Joseph Duszak back to the Growlers. The Maple Leafs also sent Michael Hutchinson to the Marlies and recalled Kasmir Kaskisuo. Among that, Nic Petan was also recalled to the AHL earlier this week.
In net, Landon Bow and Joseph Woll would both respectively get the nod. Bow has a 0.892 SV% leading into this contest. Meanwhile, Woll sits with a 0.896 SV% through five games played.

The first period began with turnovers galore. Texas failed to exit the zone continuously, providing a strong start for the Baby Buds.
The Marlies were first to the power play when Dillion Heatherington was sent to the box for a hook. Toronto started the man advantage sensationally and with good puck control. They kept that momentum when Pontus Aberg sprung a cross-ice pass to Jermey Barraco, who found Kenny Agostino on the far side to bury the first of the game.
Texas winger Parker Mackay soon followed suit to the box with a faceoff violation call. The Marlies gave the same passing structure, demonstrating what ain’t broke don’t need to be fixed. Pierre Engvall kept banging towards the net and recorded the second goal of the game. With so much chaos around the Texas net, Head Coach Derek Laxdal called the Stars only timeout.
With under 10:00 left in the first, Toronto forward Matt Read would sit for two minutes or less (Toronto had given up a power play goal in each of their last eight decisions). While their penalty kill sat at 26th in the league coming into this game, the PK showed strong and eliminated the advantage. But, Texas would prevail after the advantage. Michael Mersch grabbed the rebound off a pad save and struck for his second of the season.
Adam Mascherin gave the Marlies their third power play of the game. Toronto kept that same passing structure as they had for the last two, but came up unsuccessful.
At the end of 20, the score stayed at 2-1. For Texas, it was a tough period, and they needed to be better to keep the game close. The penalty box seat was always warm, and with Toronto capitalizing on two power play chances, the Stars needed to re-establish some discipline in order to stay in the game.
Early in the second, the Stars would tie the game at two. Ben Gleason took the initial shot, while Mersch screened Woll and tipped the blast from the point to score the goal.
Toronto would return the favor just moments later when Nicholas Baptiste ripped a shot down far side, with a laser over Bow’s blocker to restore the lead.
Toronto’s penalty kill struck again from Baptiste. Gunning it down with Teemu Kivihalme on the side, he managed to snipe one short blocker side. That goal gave the Marlies the insurance goal lead, putting the game at 4-2.
Agisitono collected a flawlessly set pass from on the opposite side and lit the lamp again. Agistiono’s goal was his second of the night. That goal would prove to be the straw that broke the camel’s back, and Bow was pulled. Jake Oettinger came into replace him after five goals found twine.
But the switch would be short-lived, and Bow would come back in the game. The change looks to be a way for the coach to speak to Bow, as having Oettinger in the game will hurt today’s game, where Oettinger is expected to start.
Later on in the second, Toronto centerman Adam Brooks made a beautiful drop pass to find Jordan Schmaltz, who located Agisitono all alone to bury his third of the game, bringing the score to a whopping 6-2.
Then, Tanner MacMaster broke in to make a beautiful play and once again beat Bow. MacMaster was all alone and created a great move to open the goalie. His goal was the fifth unanswered goal for Toronto up to this point.

Bow was pulled again after that goal. On his way down the ice, he snapped his twig in two, and anything that stood in his path down the tunnel was either kicked or hit.
The Marlies wouldn’t stop there, either. Schmaltz spotted Aberg on the other side, who took a good shot, but Bow made a strong save. Gathering the rebound would be Engvall, who cashed in. That goal marked the Marlies’ eighth of the afternoon.
At the end of forty, it was 8-2 for Toronto. The second saw the Marlies continuing to light the lamp, time after time. For the Stars, they were unable to get out of their zone, and couldn’t cover the man on the open side. Although this game is on another planet, for the Stars, closing the gap on the other side and tightening up on defense is what they will need to change in the third.
Stars began the third period with a roar amidst Gleason finding the net early on. Brad McClure would get a helper on the goal, registering his eighth point of the season.
Texas wouldn’t stop there. John Nyberg then blasted a shot from the point, only to find Joel L’Esperance in traffic to tip the puck past Woll to make it 8-4 with 14:28 left in the third.

Tensions boiled over later in the third, as 12 goals would prove to be the breaking point. Texas would sit on a roughing call and in the box would be Gavin Bayreuther. The power play looked strong throughout the plus-one, but Toronto didn’t get a goal to show for it.
McClure took a shot after the whistle on an offside call and would give Toronto another opportunity to send out the special teams. Oettinger stood his ground well under pressure.

Timothy Liljegren did not play in today’s game, and Rasmus Sandin left early. Marlies Coach Sheldon Keefe spoke to the media after the game:

“Liljegren has been skating…he’s not going to play tomorrow.”

“Sandin left today; it’s more precautionary. We have to do more tests to see what’s wrong with him. I wouldn’t expect him to play tomorrow”

Today saw an intense game for the Marlies. Sometimes, it’s best not to take your foot off the gas pedal. That said, with a stable two periods and having to face them again the following day, maybe it’s best that they played a little more defense in the third, which they did. With the crowd of 6,772 fans — and many of them doing the wave in the third — it helped the Marlies case.
For Texas, Saturday will have to be better. It’s always hard when any team gets scored on consecutively, but you have to be able to come back and potentially get some momentum. Sometimes it looked like Texas gave up. The long line to the penalty box didn’t help their game, either.
Both squads duke it out today at 4:00 pm ET. The game will be broadcasted live on AHL TV.

Not going well for the Texas Stars against the Marlies. pic.twitter.com/W2MWCC0XRZ

Follow Zack on Twitter for all your live tweets during gametime and all your Marlies news & analysis during the week!