MACON, Ga. – The Macon Mayhem are off to a tough start to the 2019-20 season with a 2-6-2 record. They’ll now work to dig themselves out of that hole with a new face behind the bench. 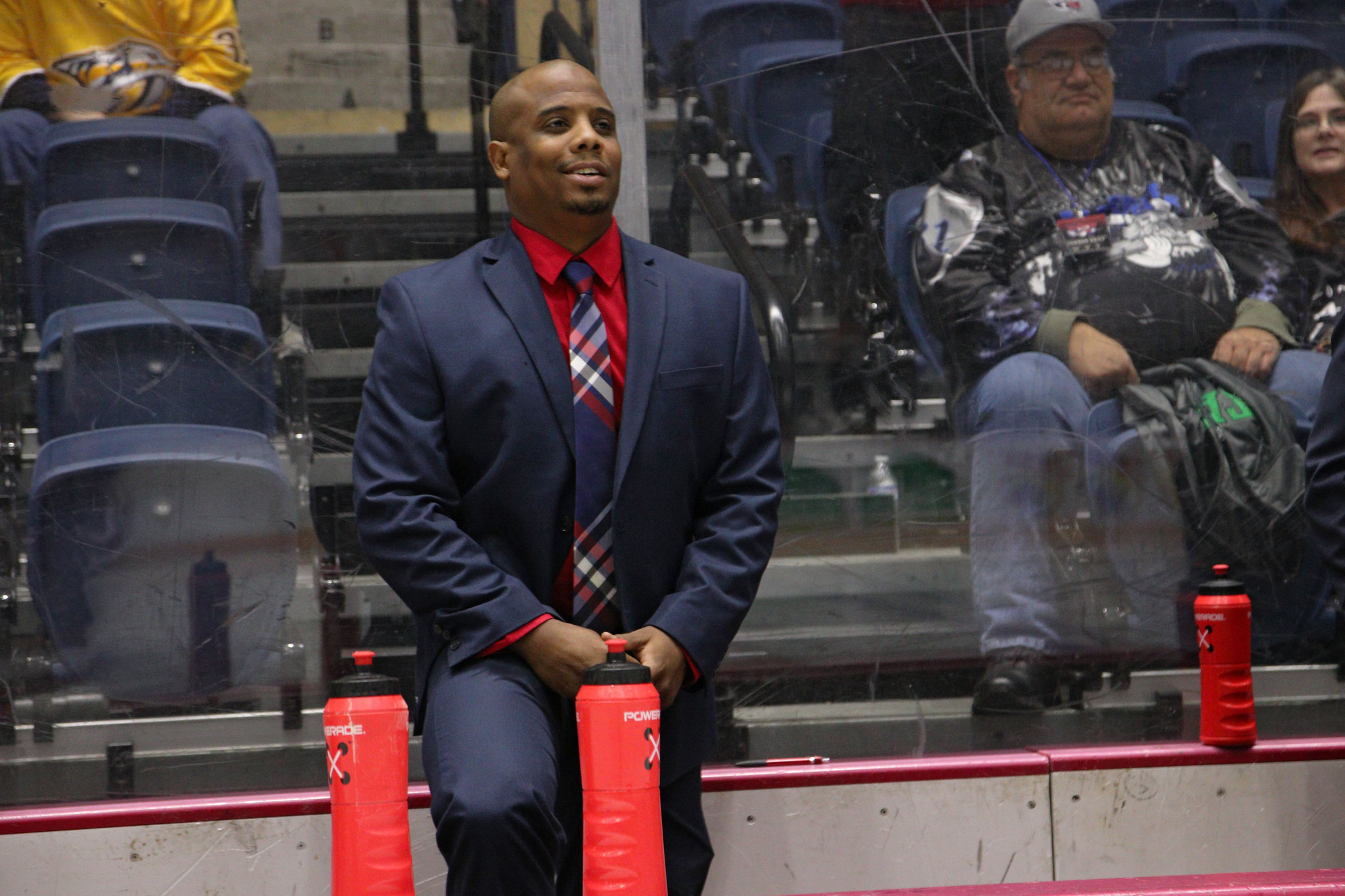 MACON, Ga. – The Macon Mayhem are off to a tough start to the 2019-20 season with a 2-6-2 record. They’ll now work to dig themselves out of that hole with a new face behind the bench.
The Mayhem on Tuesday announced that they had parted ways with Leo Thomas as the team’s head coach. Thomas ends his tenure behind Macon’s bench as head coach with a record of 29-32-7.
Ryan Michel, a former Mayhem defenseman, assumes the role of interim head coach until a full-time replacement is named. Michel joined Macon’s coaching staff at the start of last season, the same time that Thomas took over as head coach after Kevin Kerr was hired as head coach of Greenville in the ECHL.
The Thomas era started with a bang. Last year, Macon won 17 of its first 22 games. But attrition from injuries and ECHL call-ups eventually took their toll on Macon as they finished sixth in the SPHl standings and were swept by Knoxville in the Challenge Round of the President’s Cup Playoffs.
Since last Christmas, the Mayhem’s record is 12-27-5. Hopes of making steps back toward the top of the league didn’t quite materialize in the infancy of the season, and partly as a result, Macon is looking, for now, its third head coach since coming to central Georgia.
Through ten games, the Mayhem are next to last in goals scored and have given up the second-most goals of all SPHL teams. Macon’s power play is also ranked eighth in the league, and its power play is tenth. Needless to say, those are among the factors that have played a role in Macon’s start to the season.
It is worth noting, however, that four of Macon’s six losses are to first-place Peoria and were outscored 31-22. Outside those four games, the Mayhem have been outscored 18-17 overall and have a record of 2-3-1.
Attracting a head coach this early in a season is hardly simple. With the season underway, plucking a coach from a lower league or an assistant from a coaching staff is unlikely, so the field is narrowed to a degree for Macon in its coaching search.
Over the past nine months, Macon has added through signings or trades veterans such as Danny Cesarz, Marcus Ortiz, Josh Cousineau, and Stephen Pierog to complement the established presence of Zach Urban and Stathis Soulemidis. The Mayhem will now look to that core of experience to shepherd the team through an added wave of early-season adversity.