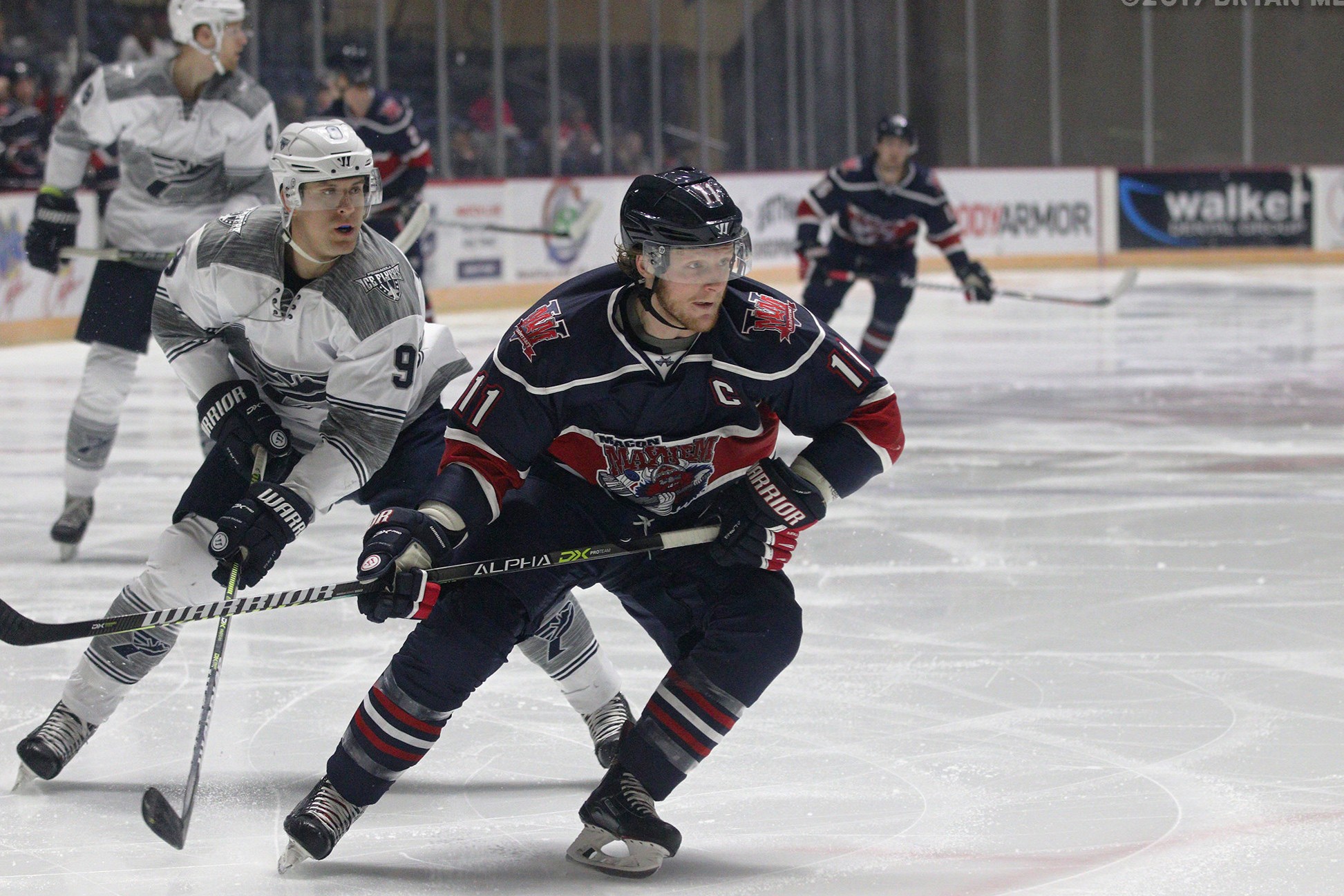 Since Ryan Michel was promoted to the role of interim head coach of the Macon Mayhem, the team is 1-3, having dropped a pair most recently to Pensacola.

MACON, Ga. – Since Ryan Michel was promoted to the role of interim head coach of the Macon Mayhem, the team is 1-3, having split a pair of games with Evansville and losing a pair most recently to Pensacola, 6-3 last Wednesday and 4-2 on Saturday.
The Mayhem are in Evansville on Friday prior to entertaining Fayetteville on Saturday night at home.
One area of work for Macon?
Getting better results near the finish. In the Mayhem’s last four games, they have been held to one third-period goal. Not only that, but Macon has also been outshot in the final period of three of its last four, something that strains the Mayhem in their own end of the ice also makes it tougher to get clutch goals near the finish to either tie the game to earn a point in the standings or take the lead.
So what can the Mayhem hang their hat on?
One is the continued emergence of the scoring line by Stephen Pierog. He’s already one of the most productive offensive players on the ice, leading the team with 13 points, and his 11 assists tie him for third in the SPHL. Now, with two goals to show for it, Pierog’s work is yielding results.
Even with just one goal in the last four games, Marcus Ortiz is still a key part of what Macon does on the ice – his seven goals lead the team.
And two others have also continued to put together a strong recent scoring line. Both Danny Cesarz and Josh Koepplinger have points in three of their last four games. In fact, Cesarz has assisted his last three times out. Koepplinger has one goal and two assists in the last four games to his credit. Those three points represent all but five of the ones earned by Koepplinger this season.
Toss all of this in with Jimmy Soper netted a pair of goals in Saturday’s loss to Pensacola, and Macon has a good share of offensive momentum. Now, it has to translate that info getting a clutch goal or two in the late stages of contests.

Forward Daniel Perez is the latest ECHL callup from Macon, having been loaned to Newfoundland….Kevin Entmaa is still getting a lion’s share of the starts in goal. He has started three of the past four with Cody Porter starting last Wednesday in Pensacola…Jarrett Kup’s seven points are third-best on the team.