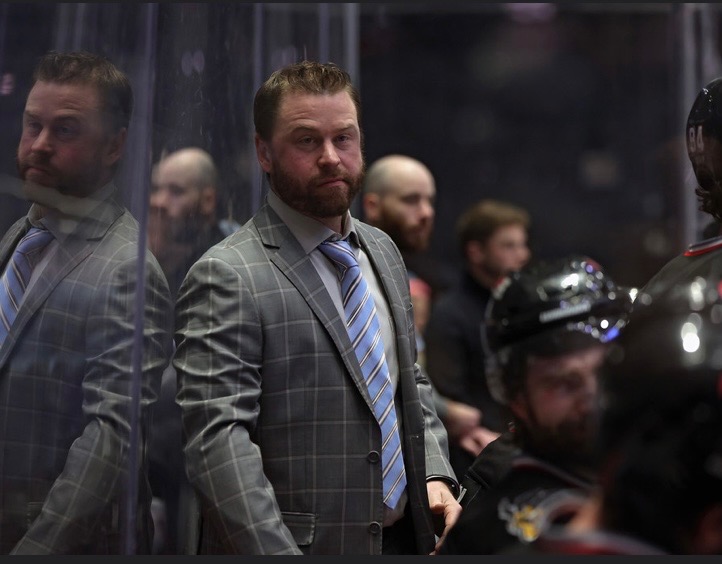 MACON, Ga. – In 2004, a career that would begin one that’d span 817 games and 17 years in professional hockey got its start for Nick Niedert.

When the puck drops to begin the 2022-23 season in Macon, he’ll be the head coach in that very same arena as head coach of the Macon Mayhem.

Niedert, a former goalie for teams that included the Macon Trax, was named head coach of the Mayhem on Tuesday, and he has already hit the ground running with the team announcing signings of forwards Caleb Cameron, Joseph Drapluk, and David Nippard. Drapluk and Cameron were with Macon last year with Nippard being with Birmingham.

“I’m looking forward to returning to Macon, the place where it all started for me as player,”  Niedert said. “I’m excited to be able to hit the ground running with recruiting and build a team that can compete in the SPHL.”

In Niedert, the Mayhem not only have a coach with extensive playing experience but previous time as a head coach, as well following his stint as Vermilion County’s head coach last season as an expansion team. Niedert, now the fifth different head coach in the Mayhem’s history, is one of just two of those to have experience as a professional head coach to his name prior to coming to Macon.

Over the course of his playing career, Niedert has logged 817 games within the minor-pro ranks as a goalie, advancing as high as the AHL on two occasions. His career has included eight different SPHL teams, two of which Macon hockey fans should be familiar with. His SPHL debut came in the 2004-05 season when he played for the Macon Trax while they were in operation, appearing in nine games. In 2012-13, Niedert played for five teams across four leagues that included the Augusta Riverhawks, who would eventually relocate to Macon to become the Macon Mayhem.

“We interviewed several candidates for head coach. When we talked with Nick, we knew immediately he was the right person for the job” Macon General Manager Anna Marie Summers said. “He played in Macon so he understands the culture here and what our vision is for the organization.”

Niedert, whose playing career concluded in 2020-21 with Port Huron of the FHL, has also played at one time for a total of ten ECHL teams, and spent the bulk of his final years as a player in the FHL, playing all but five games from 2014-15 until his retirement with teams in the FHL.