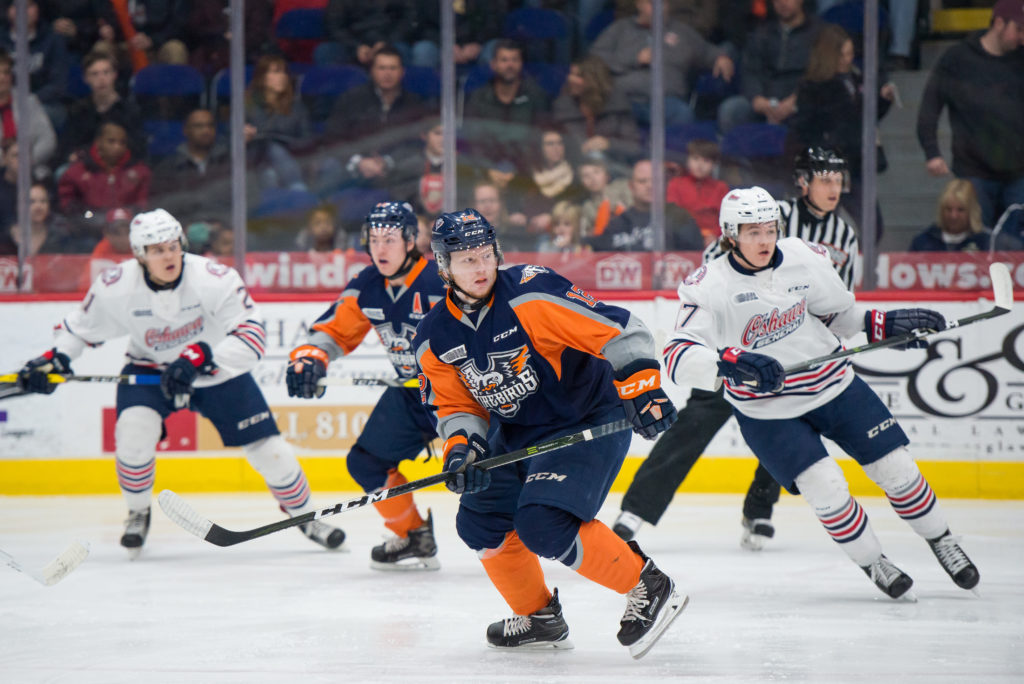 TORONTO – The Toronto Marlies announced Thursday afternoon that they’ve signed rookie Riley McCourt. The 20-year-old Canadian defencemen has played the last three and a half seasons in the OHL. McCourt went undrafted after being eligible for the 2018 NHL Entry Draft.

Born just over an hour away from the Coca-Cola Coliseum, McCourt spent the 2019-20 OHL season with the Flint Firebirds where he potted a career-high 62 points in 63 games. Scoring 18 goals and 44 assists, McCourt finished the season fifth amongst OHL defenseman.

McCourt has never made the OHL playoffs.

Riley will add to an ever-changing back end of the Toronto Marlies. On the final game of the Marlies season (March 11), the defensive lines were as follows:

But there are some losses in the Marlies lineup. Kevin Gravel is expected not to return to the Leafs organization after an injury saw him playing in only 23 games last season. Gravel posted only three points in his time with the Marlies.

Jesper Lindgren has moved to Wilkes-Barre via trade, creating another void in the Marlies lineup. Lindgren was involved in that trade that included David Warsofsky heading over to Toronto. He posted nine points with the Marlies last season and is now playing on loan in Sweden.

On the bottom pair of that March 11 game was Kristians Rubins, who has also found his way to Europe. Playing in Denmark, He is expected to play out the season in Europe and join the AHL season already in progress, but that is yet to be determined. Rubins has not played a game in Denmark’s Metal Ligaen as of yet.

Back to the first line, I wouldn’t expect Timothy Liljegren to suit up in a Marlies uniform anytime soon. With a high-performance season in 2019-20 for the Marlies, the 2020-21 season could be a breakout year for Liljegren in the NHL. Last season, Liljegren scored five goals and 25 points in his 40 games with the Marlies.

Teemu Kivihalme and Mac Hollowell are both expected to stay with the Marlies as of right now.

With the 2021 season as far back as it is, it’ll be tough to say whether or not McCourt will get his AHL shot this year or spend it in the ECHL with the Newfoundland Growlers (Side note: Go give a follow on Twiiter to The Sin Bin’s new Newfoundland Growlers reporter, Aiden Foley (@SinBin_Growlers)).

The bottom line — the Marlies have holes to fill before they hit the ice again, and this just might not be the last time we talk about new defensemen joining the club.

#FlintFirebirds defenseman Riley McCourt (@Riley_McCourt27) finished among the top five defenseman in the @OHLHockey this past season with an impressive 62 points (18G, 44A) in 63 games. #NHLDraft | #OHL pic.twitter.com/jOhaot1rv8