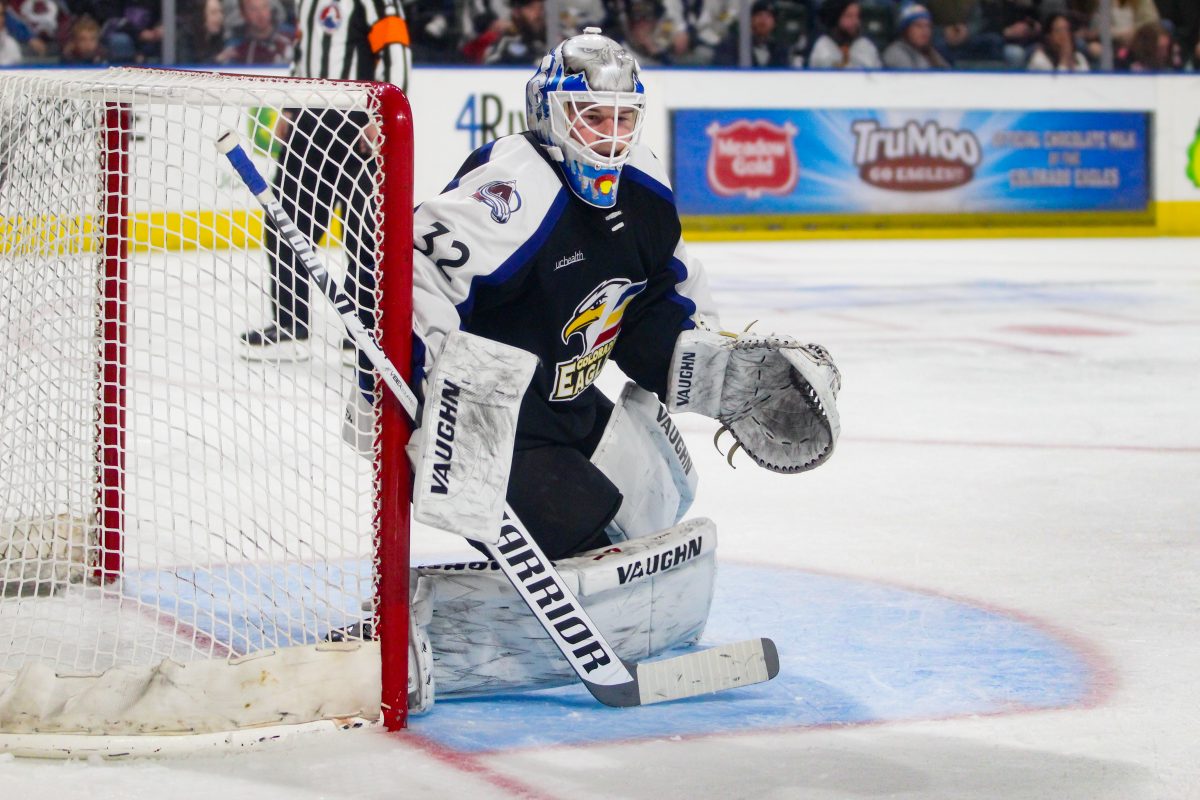 Miska Called into Duty by Avalanche

Miska Called into Duty by Avalanche

DENVER – On February 10, the Colorado Avalanche announced that they had signed goaltender Hunter Miska to a two-way contract for the rest of the 2019-20 season. While Miska had signed an AHL deal with the Colorado Eagles on July 12, 2019, the bump up to an NHL contract is most certainly an improvement and testament to his outstanding play this year.

Now, less than a week after signing his NHL deal, he could be playing in the National much sooner than later. Miska was recalled by the Avs on February 16 after earning a 5-4 shootout win over the Bakersfield Condors the previous night.

That same Saturday evening, Avalanche starting netminder Philipp Grubauer was taken out by his own player during the third period of the Stadium Series game against the Los Angeles Kings, leaving the game after sustaining a lower-body injury.

Miska has only appeared in one NHL game — a relief effort with the Arizona Coyotes on November 13, 2018 against the Detroit Red Wings. He entered in the third period to replace a struggling Darcy Kuemper, saving eight of nine shots faced with 18:16 TOI.

Miksa will back up Pavel Francouz for the Avs, who also played with the Eagles last season before being promoted to the Avalanche roster full time in the 2019 offseason. The Avalanche will host the Tampa Bay Lightning tomorrow night at the Pepsi Center (7:00pm MST).

Follow C.C. on Twitter for live, in-game coverage and various news & notes about (mainly) the Colorado Eagles! Don’t forget to also follow The Sin Bin on Twitter and Facebook for all additional AHL, ECHL, and SPHL minor league hockey coverage and insights!