WICHITA, Kan. – From the better late than never department, welcome to a Wednesday edition of Monday Headlines, where I look back at the previous weekend of ECHL action and give you some headlines from across the league.

If you made it to the rink to see your team play last week, consider yourself lucky. COVID safety protocol procedures wreaked havoc on the league’s schedule last week, with just seven games being played. Of course, all of the postponed games could be made up later, provided additional scheduling issues do not arise. So far this season, 18 games have been postponed due to COVID-19 precautions.

Six of the seven days last week featured more than a half-dozen daily addition to the league’s Commissioner’s Exempt List (aka COVID list), with a peak of eight players being placed on the list last Thursday. Thankfully, 16 players came off the list since Sunday.

With the league having just two games before Friday, there is an opportunity to have players come off the list and potentially get back to game action at some point next weekend or in the near future.

You may have seen this tweet from our Barry Janssen, who runs the @ECHLStats account on Twitter, on Monday morning asking an interesting question, why the difference in the volume of shutouts this season compared to last?

Why the big difference?

The stat is even more impressive when you consider that two of the five shutouts from former Florida Everblades netminder Cam Johnson came in just seven starts, which means three shutouts came from the rest of the league in 75 games, or once every 25 games.

One reason for the dearth of shutouts this season is that the team’s collective rosters are better top-to-bottom. Former top-line players on other teams are, in some instances, second or third line players on other teams because of depth. In past years, players on the third line may have been in a scoring slump and were looking to find offense, but this season, if a player goes cold, he’s likely sitting in the stands. Additionally, the repetition teams are seeing each other (three-in-three’s and four-in-six’s) allow forwards to gain knowledge of where a netminder’s vulnerabilities are, making it more likely goals will be scored.

Naturally, I am curious to see whether the total scoring is up across the league compared to last season as a result of this, and I’ll be following up on this in future installments.

Matthew Boucher (Utah): The rookie from Los Angeles, California bagged six points (1G, 5A) last week, as the Grizzlies went 1-1-1 on the week. He is tied for fifth among ECHL rookies with nine points (2G, 7A) in eight games this season.

Billy Christopoulos (Indy): The second-year player signed with Indy on January 14 and in his first three appearances last weekend, went 2-1-0 with a 1.65 goals-against and a save percentage of .950. He stopped 27 shots in a 3-2 win at Tulsa on Wednesday, made 38 saves in a 2-1 victory over the Oilers on Friday, and turned aside 31 shots in a 2-1 loss at Wichita on Sunday. 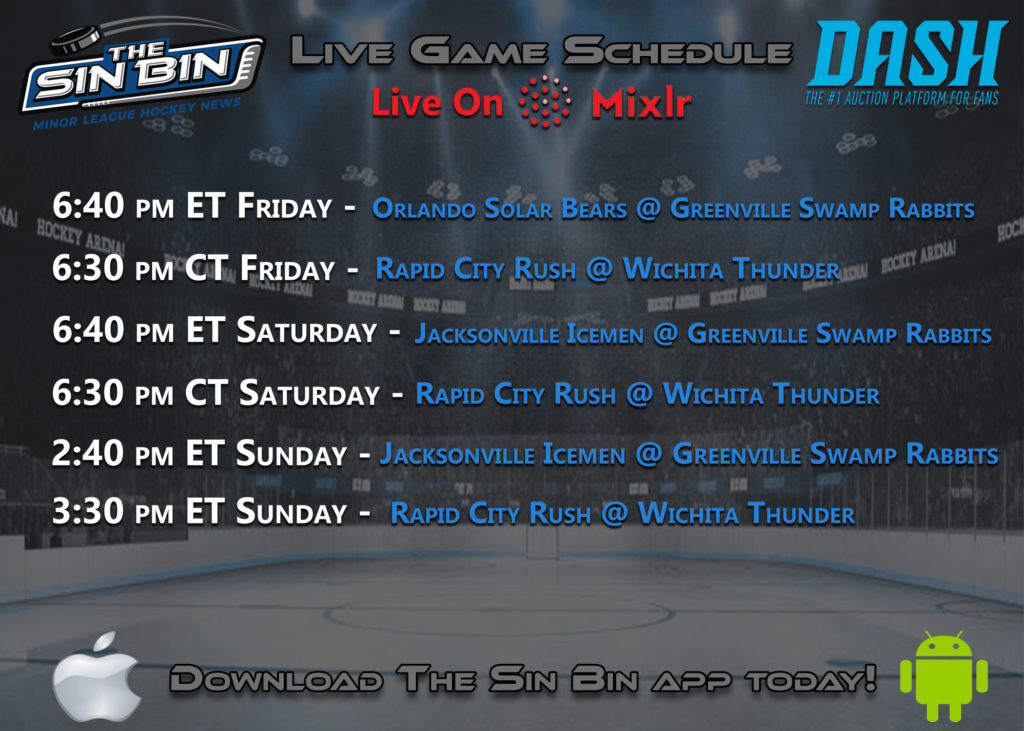