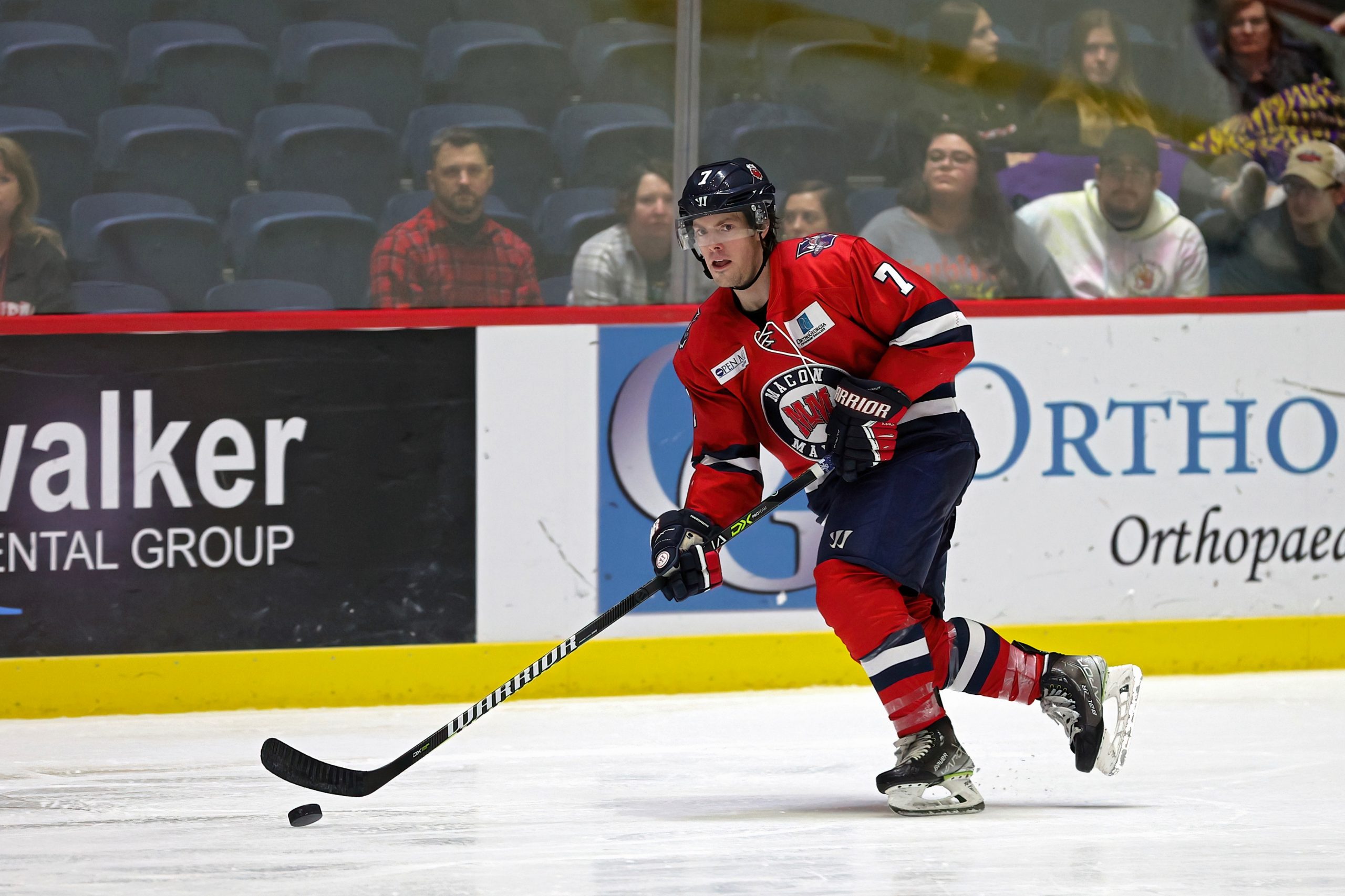 More to Give: Rodgers Thankful for Return to Hockey

More to Give: Rodgers Thankful for Return to Hockey

MACON, Ga. – With the Macon Mayhem’s season ascending toward middle January, Cody Rodgers, one of many on Macon’s roster that’s receiving their first dose of the SPHL this season, ranks among the Mayhem’s top scorers.

The story of Rodgers, a native of Coppell, Texas, goes far beyond that.

Rodgers, who ended up in Macon early in the season after a brief stint in the initial part of the season with Knoxville, is playing hockey for the first time in four seasons. And that season, 2017-18 at Nichols College, only saw Rodgers play in one game.

But absence has appeared to make the heart grow fonder for Rodgers, who in the past summer opted to give the sport one more try during a time in his life that he admittedly was seeking purpose, working various jobs back home in Texas.

As one would expect, breaking the news to those close to him that he had plans to return to the ice was a surprise.

“This summer, when I told my parents that I wanted to get back in it, they thought I was absolutely crazy,” Rodgers said. “It’s been nice. I knew that it was a leap of faith, especially during COVID. I was sitting around, didn’t really have a purpose in the job I was doing and felt like I had more to give to the game of hockey.”

And with various teams that had opted out last year restarting, creating, in turn, roster spots across other leagues, the window of opportunity was opened. That included Macon, where virtually all of last year’s President’s Cup runner-up was gone, essentially setting up a clean slate from which the Mayhem could start.

“It’s definitely been a journey,” Rodgers said. “I was able to get a window of opportunity, and I’m thankful.”

Rodgers arrival in the SPHL has been the realization of many players around Rodgers during the previous part of his career within the college ranks at Nichols as well as junior hockey. It was there, Rodgers says that he got an early reality check.

“Growing up in Dallas, I thought I was the guy and that I had everything figured out,” Rodgers said. “I got hit with a reality check in juniors and college. It was a hard time, to be honest.”

In fact, Rodgers senior year saw him play in just one game. But there’s been a double-edged upside to Rodgers unique career path. Now 28, he’s not as battle-worn as others at his age would be. Still, that doesn’t mean that father time has not tried to catch up. For that reason, Rodgers has had to be intentional about being ready to play, both on and off the ice.

“I’m 28. I believe I still have some years left. I’m fortunate to have all of my body working well. For me, it was a decision about having to develop the right habits to be a pro. Hockey is what I have known all my life. I saw a window of opportunity and wanted to take a chance.”

Still, going from not playing hockey for a few years to suited up on a professional has not been as easy as flipping a switch. In addition to having a better feel of what he needs to do in order to be prepared physically any time Rodgers gets on the ice, getting nutritional advice, who is a dietician, has also been an important element with all of that being geared toward ‘injury prevention,’ according to Rodgers.

“It hurts a little bit. There’s been some challenges, for sure. I certainly was not in hockey shape,” Rodgers said. “Any time I am getting on the ice, I am making sure that my body is prepared because, at my age, it’s a lot of touch and go. I have to make sure I do the right things to prepare myself on a daily basis.”

Rodgers and the Mayhem play at Fayetteville on Friday and Saturday of this week before hosting Birmingham next Thursday to begin a three-game homestand.

“I’m grateful every day. This opportunity is something that I believe I am taking advantage of,” Rodgers said. “I’m just grateful.”