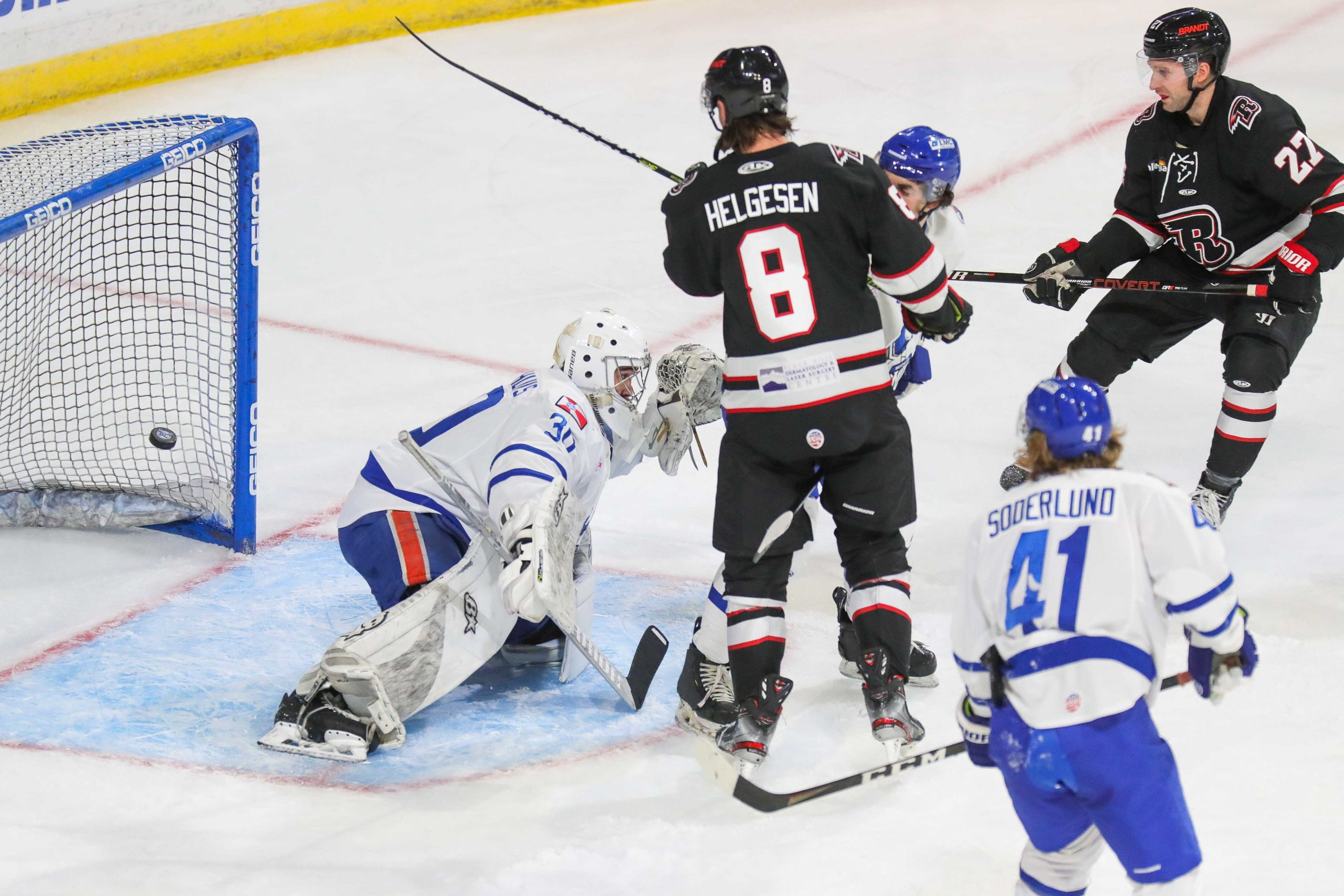 The Wichita Thunder continued their season-long five-game homestand Wednesday night, welcoming the Rapid City Rush to town for the first time since mid-May

Game in a Paragraph

For two teams still trying to find an identity, it is clear each side works extremely hard. However, there were spurts in the game where Rapid City outworked Wichita, especially in the first ten or so minutes of the second period. Former Thunder forward Logan Nelson broke the ice at 11:51 of the second, firing a backhand wrister by Thunder netminder Evan Buitenhuis to give Rapid City a 1-0 lead. That seemed to wake Wichita up a little bit, who controlled much of the play in the final eight minutes of the period. Playing in his 100th pro game, Jay Dickman scored on a tremendous individual effort at 15:43 of the period to tie things at 1-1. Capitalizing on a soft holding call in overtime, Tristan Thompson ripped the game-winner off a set play 2:28 into overtime to give the Rush a 2-1 win. 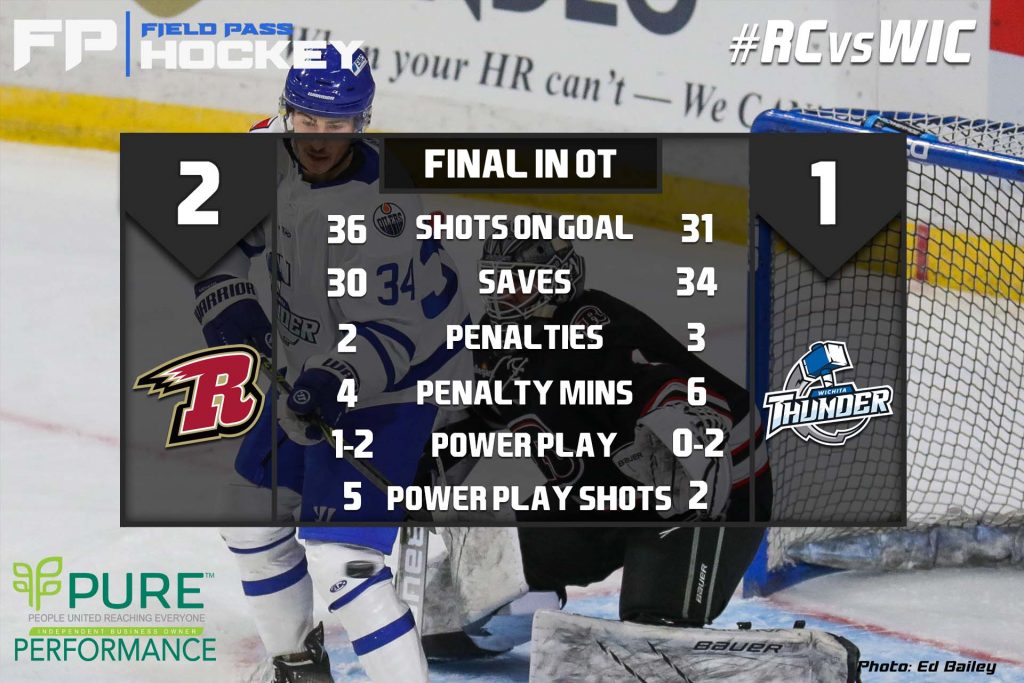 The Thunder and Rush enjoy the Thanksgiving holiday and will resume play on Friday. Wichita hosts Tulsa, while Rapid City travels to Kansas City to play the Mavericks for the first time this season. The Thunder and Rush will finish out the weekend Saturday and Sunday at INTRUST Bank Arena.