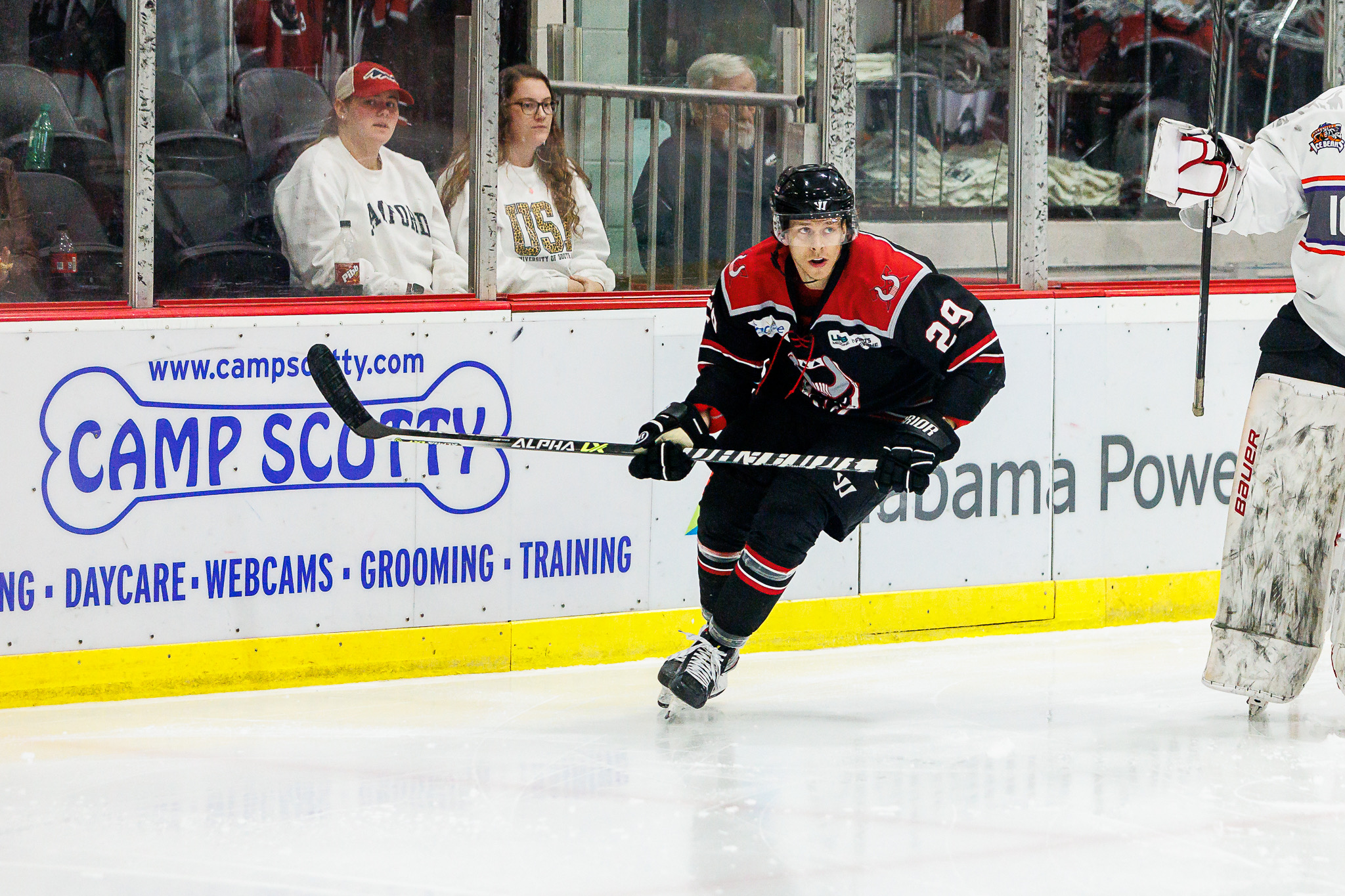 It wasn’t the prettiest of wins, but style points don’t count in the standings, and this 3-1 victory over Macon was an all-important two points

PELHAM, Ala. – Despite Hayden Stewart’s shutout streak coming to an end, the Birmingham Bulls were able to take down the Macon Mayhem on Friday night at the Pelham Civic Center. It wasn’t the prettiest of wins, but style points don’t count in the standings, and this 3-1 victory over Macon was an all-important two points, and the Bulls extended their win streak to three games.

The last time these two teams met up, the Mayhem rolled over the Bulls beating them 6-1 at the Macon Centreplex. This time, however, things went a lot different. It didn’t take long for the Bulls to find the back of the net in this game. Scott Donahue found David Nippard streaking down the middle and sent the puck in his direction. Nippard skated in on Macon goaltender Michael Stiliadis and snapped a quick wrist shot beating him five-hole, giving the Bulls an early lead. After that, however, the game got a little bit more physical, and tempers started to flare. Late in the period, Macon’s Caleb Cameron dropped the gloves with the Bulls’ Matthew Hobbs, with the two exchanged blows before Hobbs finally took Cameron down to the ice.

The second period was no different than the first when it comes to physical play. We saw a combined 14 penalty minutes, with ten of them coming in the first ten minutes. At one point, the Bulls had to kill off two minutes and forty-eight seconds worth of a 5-on-3 powerplay for the Mayhem. The Bulls’ penalty kill that has struggled all season, was up to the task and killed off all of that as well as the remaining 5-on-4 time, allowing only one shot on goal. At the 12:17 mark in the period, Brendan Hussey solved the puzzle known as Hayden Stewart and put the Mayhem on the board. This snapped a 166:44 shutout streak that saw 84 shots on goal, dating back to the third period, the last time these two squads met. The second period would come to a close, with both teams deadlocked at one goal apiece.

The Bulls came out of the gate firing on all cylinders for the third period, and just 1:14 into the final frame, Colton Fletcher found the back of the net on the powerplay. Fletcher took the feed from Mike Davis and sent the puck home, giving the Bulls the lead once again. Macon tried to fight back into it, but four minutes and seven seconds later, David Nippard found the back of the net again. The puck came bouncing across the crease, and Nippard poked the puck in, giving the Bulls a two-goal lead, and that was all it would take to send the Mayhem home in the loss column. 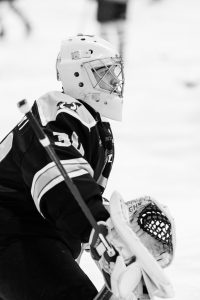 Hayden Stewart continued his stellar play and stopped 26 of 27 shots. Stewart has only allowed one goal in his past three games and isn’t showing any signs of slowing down. Nippard, who leads the league in penalty minutes with 105, was able to keep that number the same and add two more goals to the stat sheet, putting him at three goals on the season and a total of ten points. Fletcher scored his third goal as a Bull in only his seventh game, with the team giving him six goals on the season and a total of eighteen points.

After the game, coach Craig Simchuk had this to say:

“Another great game by Hayden Stewart. The guys are really starting to gel and understand the systems and play as a complete unit. There are still areas we want to get better, but we are going to ride this as long as we can. Guys are starting to realize it’s not easy to win in this league, and you have to show up every night for 60 minutes and compete every shift.”

They really are starting to come together, and they are doing it at the right time. With Evansville winning on Friday night, the Bulls didn’t gain any ground on the eighth and final playoff spot, but more importantly, they also didn’t lose any ground either. They remain ten points back in the standings of the Thunderbolts and will try to close that gap tonight as they welcome the Fayetteville Marksmen to the Pelham Civic Center. This season, the Bulls are 1-3 against the Marksmen and will be looking to continue their win streak to four games against a team that just faced a tough 5-3 loss in Knoxville on Friday night.