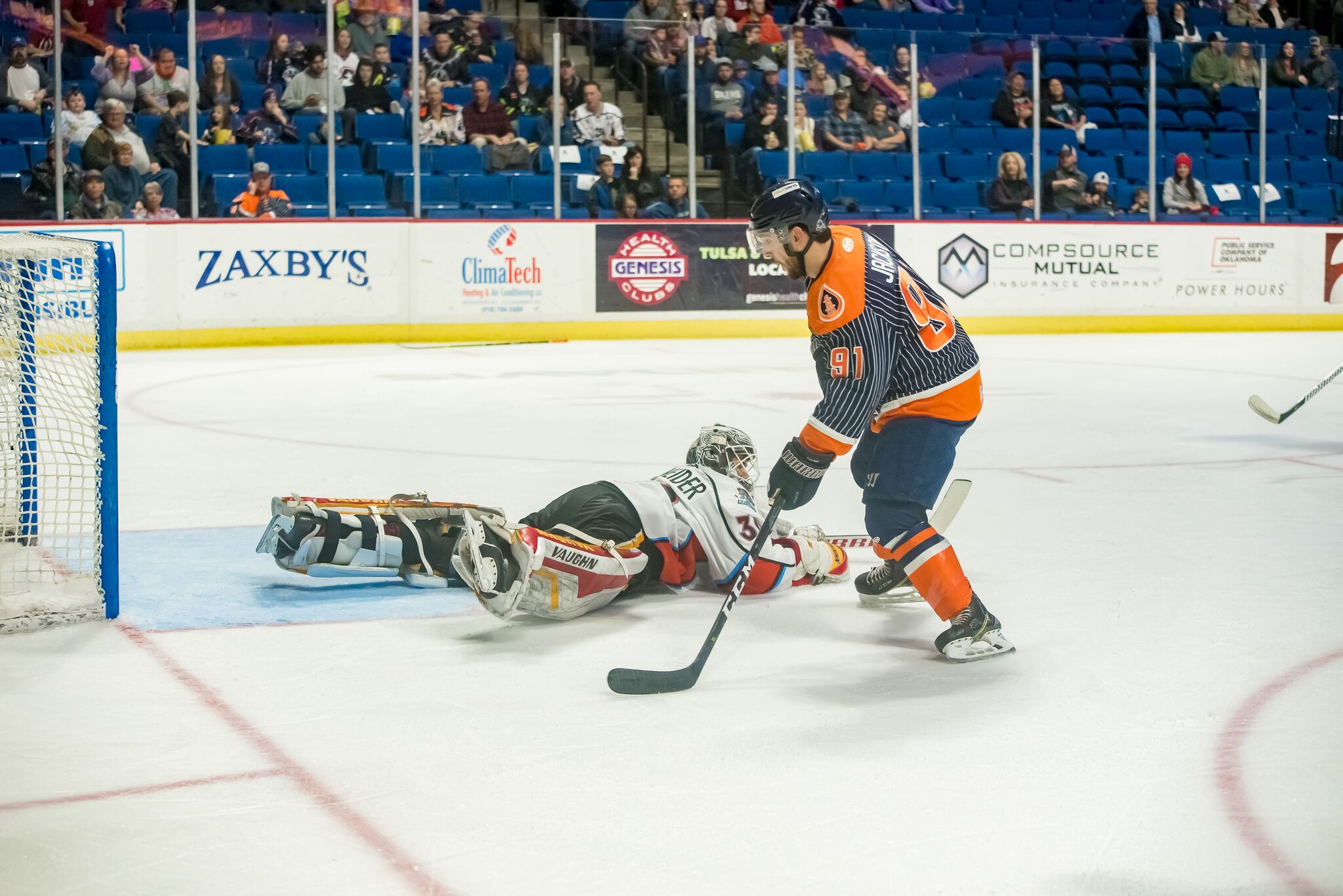 Oilers Climb Above .500 With Big Win

There was a dubious first that occurred once the final horn sounded in the BOK Center on Sunday evening.

Oilers Climb Above .500 With Big Win

TULSA, Okla. – There was a dubious first that occurred once the final horn sounded in the BOK Center on Sunday evening. Not only did it signal the end of the Tulsa Oilers 5-2 victory over the Kansas City Mavericks, but it signified the first time head coach Rob Murray‘s club was above .500 since October 2019.

“We have climbed the ladder to a point where we got back to .500,” Murray said. “Now we are a game above. That was a long road back. It is a testament that you never give up. You never know how things will transpire.”

The Oilers (25-24-5-1) are now in a fight for the playoffs, as Sunday’s win inched them to within two points of Rapid City for the fourth and final playoff slot in the Mountain Division. The Rush have four games in hand over Tulsa and that will ultimately put the Oilers in a classic ‘control your own destiny’ situation.
Robby Jackson scored twice, with both of his goals coming on breakaways. The 22-year old from Alameda, CA saw himself attain the game’s first star with those goals, the first of which saw him deke Maverick’s goalie Nick Schneider into committing before he tucked the puck in behind him in the first period.
Kansas City’s goals came from Tad Kozun in the first period, who walked into the circle, scooped up the puck and slammed it through Oilers goalie Devin Williams, and David Dziurzynski forced a neutral zone turnover shorthanded and raced in on Williams to give the Mavs their second and final goal.
JJ Piccinich, Miles Liberati, and Oilers Captain Adam Pleskach rounded out the scoring for Tulsa, with Liberati getting goals on two consecutive nights.
In the end, Murray was very happy with how his team is responding to the task at hand.

“We needed that,” Murray said. “It is one thing to put yourself back in the race, but it is another to continue the momentum. There is a lot of work to be done. We are not in the playoffs yet. But we are trending in the right direction.”

The Oilers have won three straight contests and six of their last ten games. They will now hit the road for a three-game stint with Allen, with two of those games in Texas and one at home next Sunday afternoon.