While some consider the overtime/shootout solution in ice hockey to be an extended “sister kisser” or a “gimmick”, it does earn a point in the standings 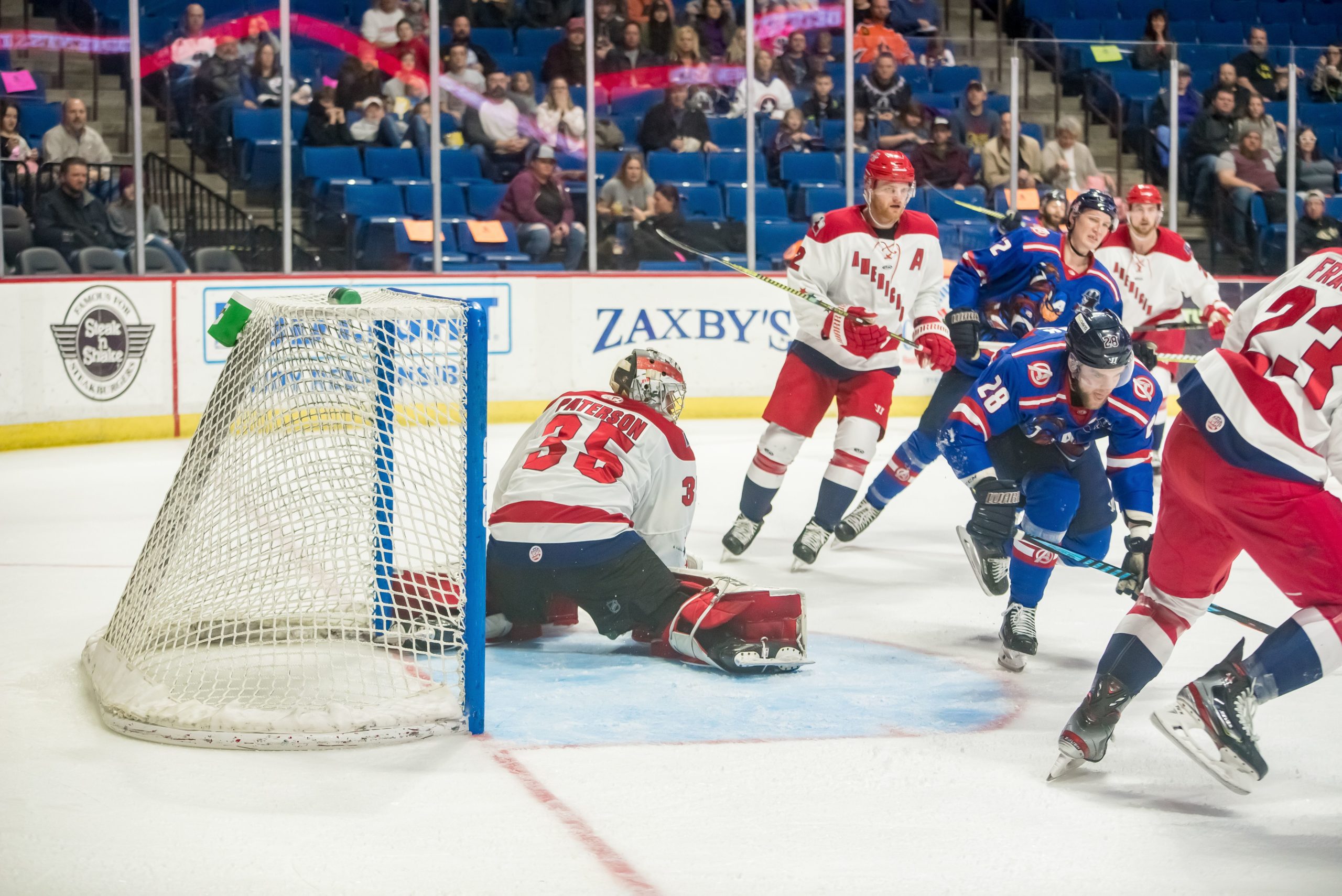 TULSA, Okla. – While some consider the overtime/shootout solution in ice hockey to be an extended “sister kisser” or a “gimmick”, it does earn a point in the standings and that point can mean the difference between a berth in the ECHL’s post-season or an early tee time at the Tulsa Country Club.
They also tend to indicate a true defensive or goaltenders battle, which was exactly the case on Sunday afternoon when the Tulsa Oilers took on the division-leading Allen Americans in front of 5,149 in the BOK Center. The game completed a three-game set with the Americans on Sunday, and despite dropping two of the three games, Oilers head coach Rob Murray wasn’t upset with his club’s performance.

“It was a pretty well-played game by both teams. Both goalies were really strong,” Murray said. “We did a good job on the penalty kill and we had only one power play.”

Allen’s Olivier Archambault put his side ahead as he slipped the disc through traffic in front of Tulsa goalie Olle Eriksson Ek right before the end of the first period, and Miles Liberati came up big for the Oilers at 4:55 of the second to complete the regulation time scoring in the game.
Josh Lammon scored when he stretched Eriksson Ek wide across the net a little over a minute into the extra period to give the visitors a hard-fought 2-1 OT win.
As the rest of the season plays out, Tulsa and Allen will see each other five more times and every game is crucial for the Oilers if they have any hopes of making the Kelly Cup Playoffs for the second year in a row.

“It is a big challenge, but we have to believe we can compete with them,” Murray said. “I think this week shows that It is a hard road, but there is a sense we can hang with these guys.”

Next weekend sees the Oilers take on the Rapid City Rush for a three-game set in South Dakota, which could be a make-or-break weekend for them. With the OT loss on Sunday Tulsa pulled to within a point of the Rush, who were idle on Sunday and have four games in-hand over the Oilers.

“Three games in Rapid City (this) weekend is huge,” Murray said. “We are one point behind Rapid City. “They have some games in hand. But games in hand don’t mean anything if you don’t win them.”

Home games are few and far between for Tulsa, with just four games left on the home side, the Oilers won’t see BOK Center ice again until March 3.