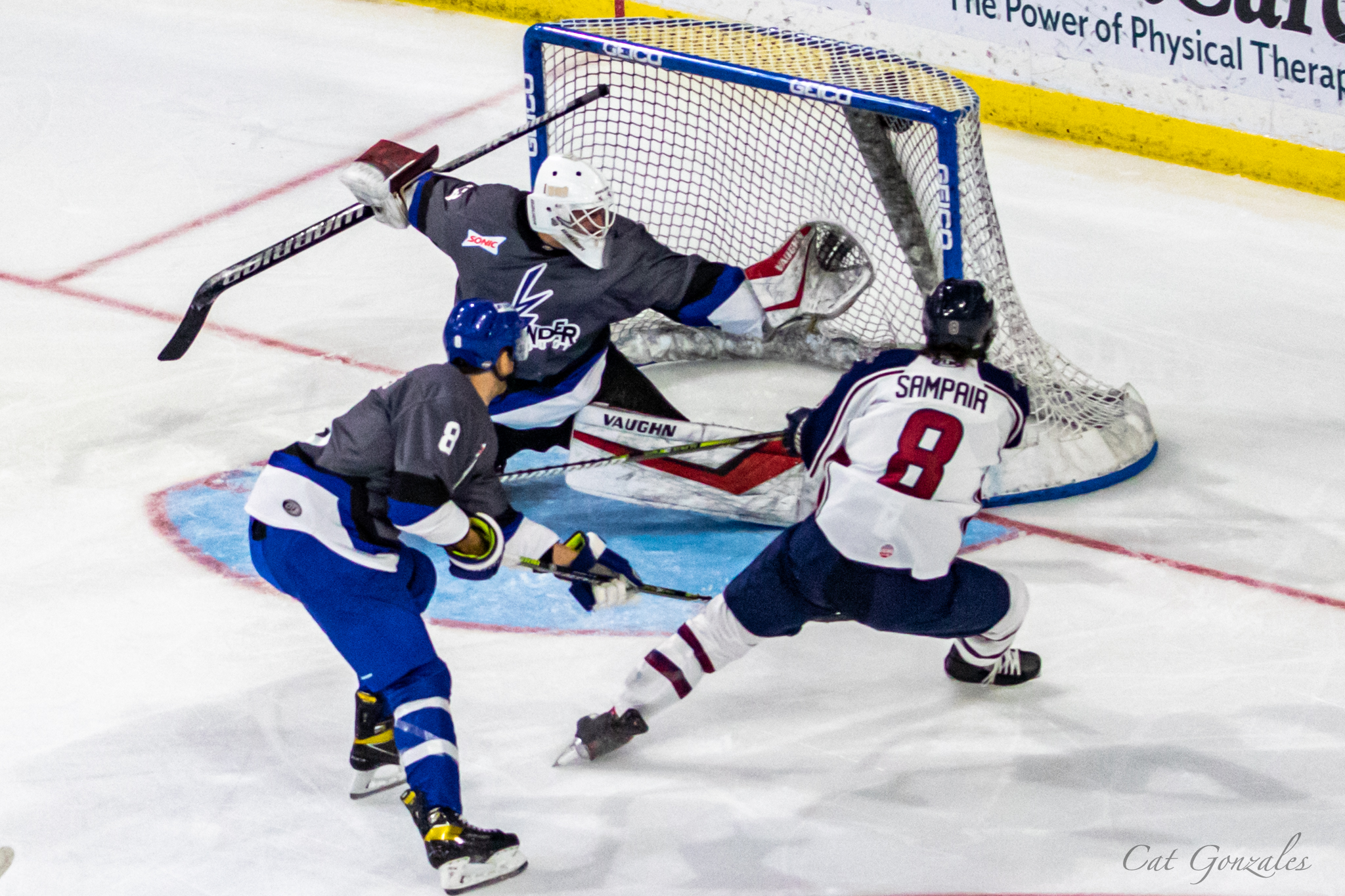 WICHITA, Kan. – The Wichita Thunder finished their ten-game homestand Saturday night by playing the Tulsa Oilers for the third time in five days.

Wichita entered the contest with a three-game winless streak, the longest such streak this season. Tulsa, meanwhile, had won three of their last four against Wichita, six of their last ten games overall, and had all the momentum heading into Saturday night’s affair.

In the first two games of this series, the teams have waited a little bit to find the twine, but not on Saturday night. In fact, the Oilers lit the lamp early and often.

Danny Moynihan lit the lamp for his 15th of the season at 4:09 of the first period, beating Alex Sakarellopoulos on a sharp angle shot from the half-wall to give the Oilers a 1-0 lead. Just 4:40 later, Matt Lane, who has been red-hot this weekend, scored his fourth goal of the week, with a shot from ten feet inside the blue line that beat Sakarellopoulos and made it 2-0.

Wichita was unable to get anything started offensively in that first period, a theme that stuck with the club throughout the game.

In the middle of a 21-shot onslaught in the middle 20 minutes, the Oilers converted on the man-advantage. Justin Taylor lit the lamp for his fifth of the season by collecting a juicy rebound off a J.C. Brassard shot and extending the Oilers lead to 3-0. INTRUST Bank Arena became even quieter when rookie Gregg Burmaster collected a loose puck and deposited it in Sakarellopoulos’ net to give the Oilers a 4-0 advantage.

Wichita would spoil the shutout bid by Devin Williams at 13:54 of the third period when Austin McIlmurray fired a one-timer that dribbled behind Williams and into the net, narrowing the lead to 4-1. In three power-play chances on the night, the Thunder only had one shot — the McIlmurray goal. Tulsa had nine shots on three man-advantage chances. For the Thunder, they have power-play goals in back-to-back contests. 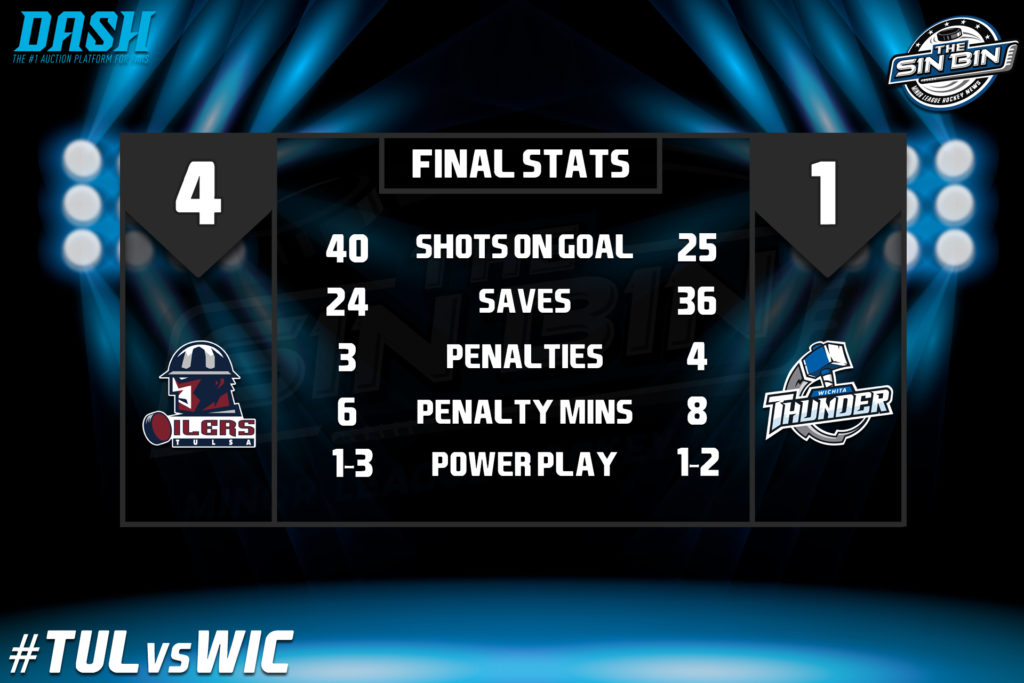 The two teams will finish their four-game set tomorrow afternoon at the BOK Center with a 4:05 pm faceoff.

Matthew Will and I start the afternoon with The Sin Bin Pregame Show at 3:40, followed by the game broadcast at 4:00 on The Sin Bin app.