TULSA, Okla. – It’s rare to see a 1-0 score these days outside of soccer, but it happened on Friday night when the Tulsa Oilers hosted the Fort Wayne Komets at home for the first time since 2016. 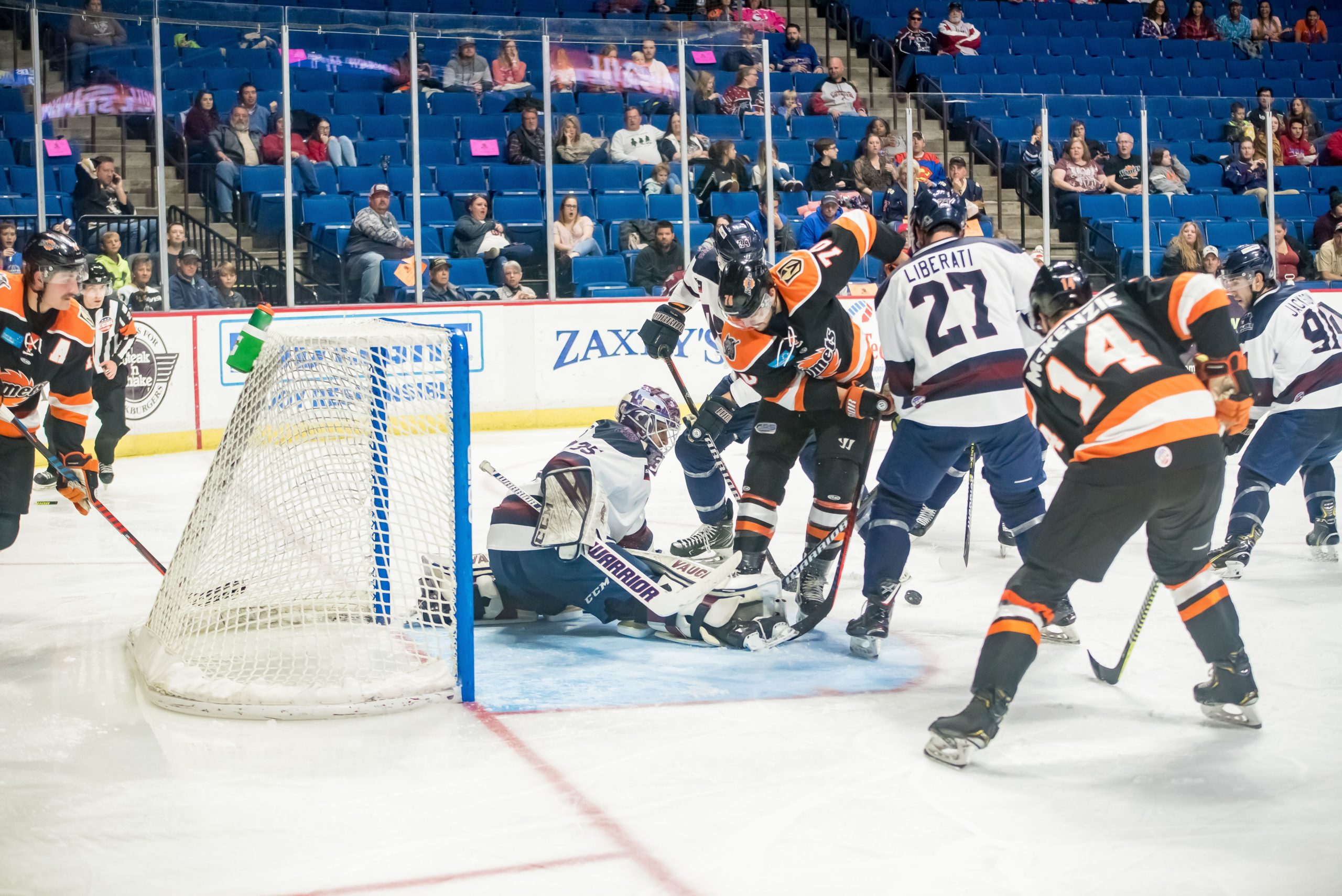 TULSA, Okla. – It’s rare to see a 1-0 score these days outside of soccer, but it happened on Friday night when the Tulsa Oilers hosted the Fort Wayne Komets at home for the first time since 2016.
The lone goal of the game came in the first two minutes of the second period when Shawn Szydlowski slipped the disc under the crossbar, giving the Komets the only lead they would need in the game.
Szydlowski’s tally came after an what was thought to be a goal by the Oilers Robby Jackson, but the goal was wiped after review when it was determined that Komets goalie Cole Kehler had been interfered with, nullifying the initial call.

“We had enough chances to win three games out there tonight,” Oilers Head Coach Rob Murray said. “I told the guys it is either feast or famine with this team. Either we put up five or six (goals) or we get one or zero.
“We were not able to bear down and finish our chances.”

Murray commented on the disallowed goal with a clenched jaw, but acknowledged that despite that, the it just wasn’t meant to be for his team Friday night.

“We had some good looks on the power play. The goal they disallowed was the right call. The interference was not on purpose. Just our missed opportunities. We had one kick off the back wall, and their defenseman stops it in the net. Their goalie played very well and I thought we played a strong game. It just was not our night tonight.”

In the Tulsa net, Devin Williams stopped 32 of 33 shots. Fort Wayne’s Kehler was perfect across the rink, handling all 31 Oilers shots.
What it all boiled down to was that the Oilers missed out on key opportunities that they should have capitalized on.

“At times, it seems like instead of having a nose for the net, we are surprised we have an opportunity,” Murray said. “That last opportunity that (Miles) Liberati had…it took him three seconds to clue in that he was in all alone. We have to bury that.”

The Oilers now move on to four straight games with the Wichita Thunder, starting on Saturday night at the InTrust Bank Arena in Kansas, followed by three in a row next weekend at the BOK Center in Tulsa.
Follow Rich’s in-game Oilers coverage (along with fellow Tulsa correspondent Cameron Turner) on Twitter! For complete minor league hockey news and coverage, head on over to The Sin Bin on Facebook and give us a “like”!