TULSA, Okla. – After suffering a heartbreaking 4-3 overtime loss to the Kalamazoo Wings on Saturday night, the Tulsa Oilers entertained the Idaho Steelheads on Sunday afternoon to close out another three-game weekend homestand in front of 4,201 in the BOK Center 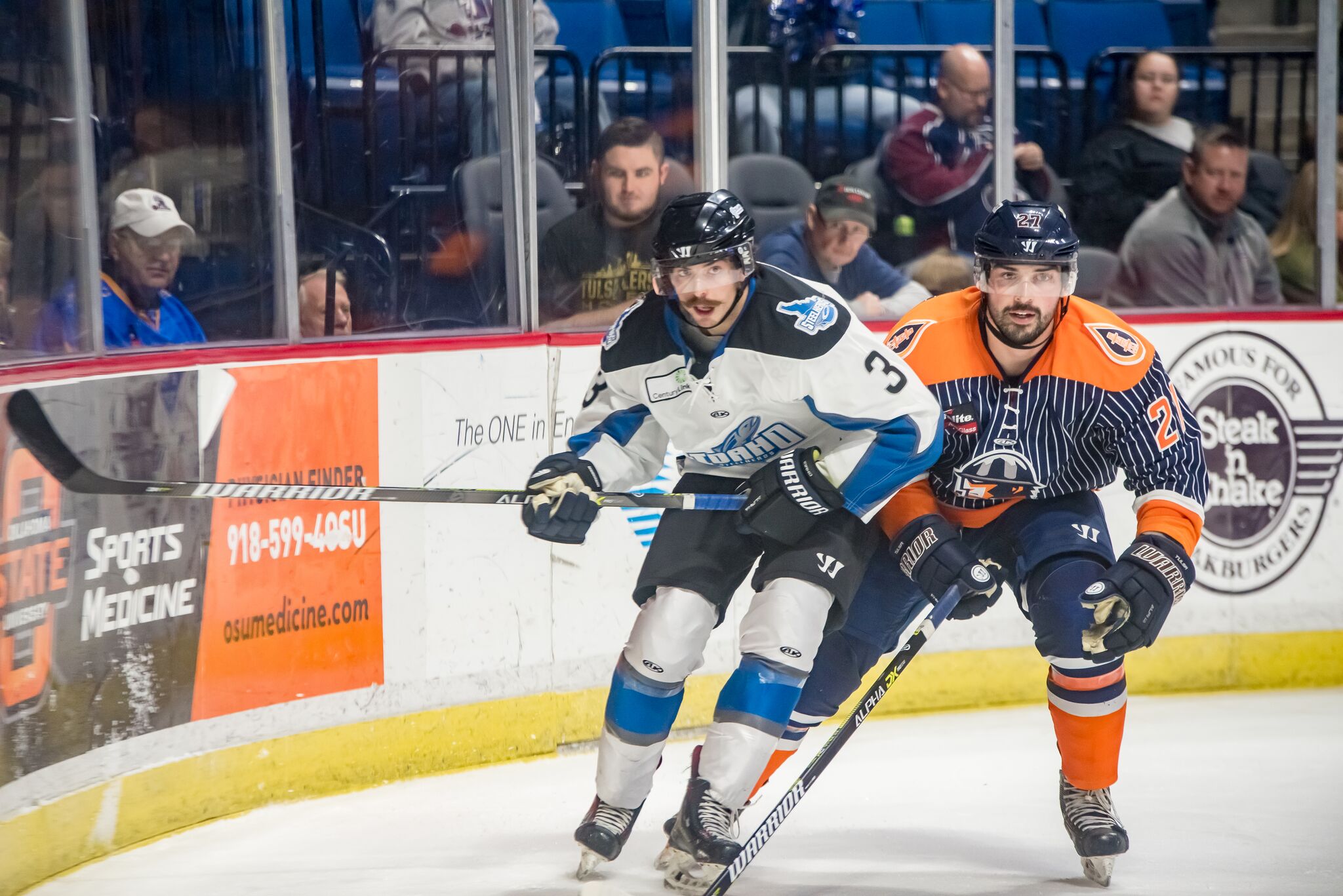 TULSA, Okla. – After suffering a heartbreaking 4-3 overtime loss to the Kalamazoo Wings on Saturday night, the Tulsa Oilers entertained the Idaho Steelheads on Sunday afternoon to close out another three-game weekend homestand in front of 4,201 in the BOK Center.
After trading goals in the first period (one of which was a short-handed, breakaway goal from Tulsa’s Jake Clifford), the Oilers erupted for five more goals to top the Steelheads 6-2 and close out a five-point weekend.
Sunday’s game was one in which the Oilers took advantage of opportunity.
Clifford’s goal touched off a scoring eruption where a different Tulsa player scored every goal. The only two-point performance came from Robby Jackson, who had a goal and an assist on the night. Clifford, Jack Nevins, Jackson, Jacob Benson, local boy Bobby Watson, and Cory Ward all showed up on the scorecard for the Oilers on Sunday afternoon.

“I think in general we have been doing that better as of late,” Oilers coach Rob Murray said. “We took advantage of our opportunities. Tonight it was a pretty evenly played game except for the score. We found our way to score when we had to, And we played well on the penalty kill.”

The two marks for Idaho came from Marc-Olivier Roy and Will Merchant.
Tulsa has been noted this season for using their opponent’s goal as a shooting gallery, but lately the shot totals from the Oilers have been just about even.

Murray: “Our shot totals against have started to come down, and I think more than anything we are getting sacrifices by our players in front of the goaltenders. We blocked a good amount of shots tonight.”

The weekend was by and large a successful one for Tulsa, but the injury demon took a few players away from them moving forward.

Murray: “We were short-handed. We lost Charlie Sampair last night and lost Charlie Granath in the first period tonight. There is a lot to be said on how we battled through adversity this evening.”

Both teams were blanked on the power play. In goal, Devin Williams made 24 saves on 26 Steelheads shots. Across the rink, Tomas Sholl handled 21 of the Oilers’ volleys.
From here, the Oilers hit the road for about a week and a half, visiting Allen, Kansas City, Indy, and Fort Wayne before coming home to face Utah on February 11. Home games will be hard to come by the rest of the way, as the Oilers will only be in the friendly confines of the BOK Center nine times throughout the end of the season.
Follow both Rich and Cameron Turner on Twitter as they tag team live, in-game coverage and various news & notes regarding the Tulsa Oilers! Don’t forget to also follow The Sin Bin on Twitter and Facebook for all additional AHL, ECHL, and SPHL minor league hockey news and insights!