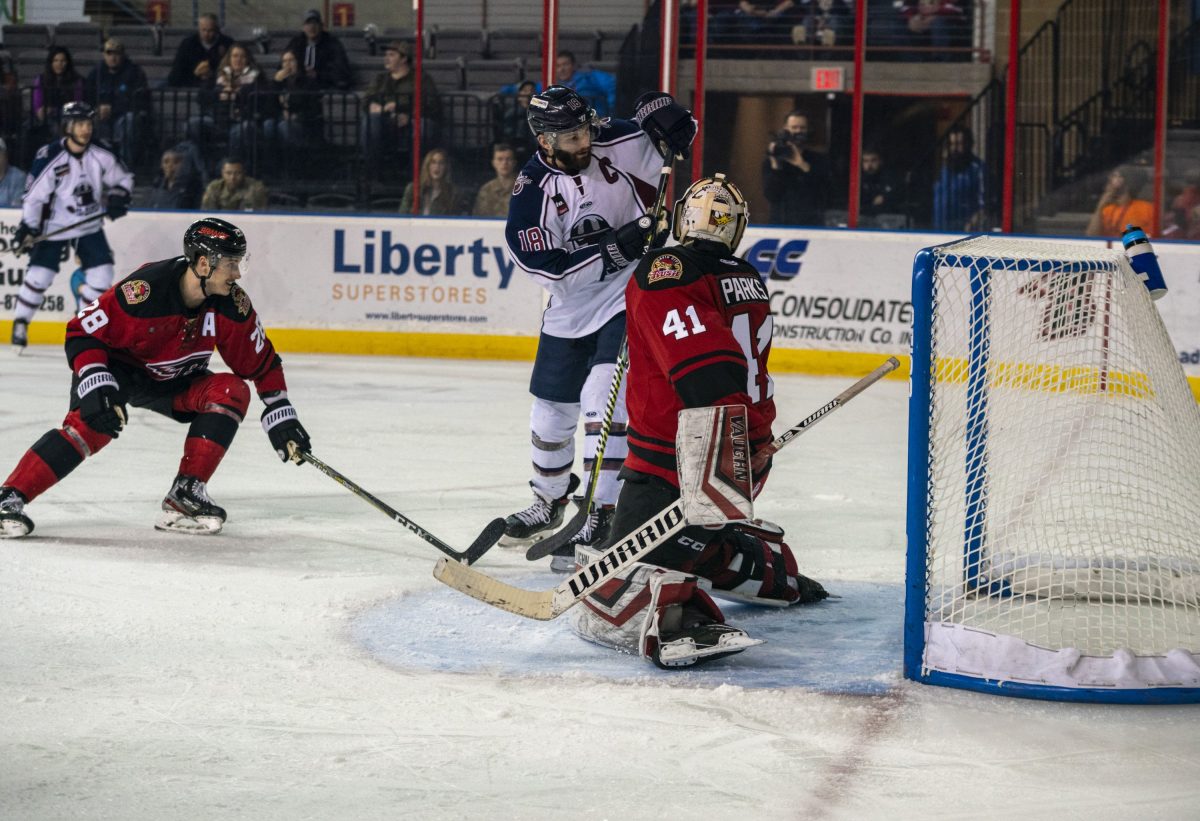 Oilers Race Back to Leap-Frog Rush

RAPID CITY, S.D. – The Tulsa Oilers rallied with five unanswered goals in the last 22:50 to defeat Rapid City and take fourth place in the Mountain Division.

Oilers Race Back to Leap-Frog Rush

Each game we select one player from each team who we feel was the best player on the ice for his squad. Your standouts for Friday are:

A LOOK AT THE STANDINGS

With the win, Tulsa moves to 27-25-6-1 (61 points) on the season, while the loss drops Rapid City to 27-23-5-1 (60 points). The Rush still have three extra games with which to work, and there is a lot of hockey to be played. But, as of now, the Oilers have moved into the fourth and final playoff spot in the Mountain Division. This switch in positioning has been coming for a while now, as the Rush and Oilers are teams on opposite trajectories so far this season.
Rapid City started the year hot and raced out to a 15-5-3-0 start through 23 games, but have since gone 12-18-2-1 and now finds itself outside the top four. The biggest culprit by a country mile has been the goal scoring. The Rush have been giving up goals all year (3.19/game), but early in the season they were able to overcome the defensive deficiencies with timely offense (they averaged 3.18 goals per game over the first 44 games). That has not remotely been the case recently, however, as Rapid City has managed a measly 1.75 goals per game over its last dozen games. The Rush have been outscored 36-12 and gone 3-6-2-1 over the twelve game stretch.
Tulsa, on the other hand, has been trying to overcome a surprisingly slow start all season after limping out of the gates and falling all the way to the basement of the division with a 15-21-2-1 record. The Oilers have righted the ship over the last 20 games, though, going 12-4-4-0 to slowly climb back up the Mountain.
Tulsa has been able to win with both offense and defense during the run. It started with defense during a 5-1-3-0 run that saw them outscore opponents 24-17, an average victory of 2.67-1.89 over the nine games. The offense has taken its turn over the last 11 games, outscoring opponents by an average of 3.90-2.75 (43-33). When it is all added together, the Oilers have been averaging 3.35 goals for and 2.50 goals against per game while racking up 28 of a possible 40 points over the last 20 contests.

The Oilers stay in South Dakota for two more monumental showdowns with the Rush this weekend. The action continues Saturday night with Batman Night that will feature Rapid City in Batman sweaters and Tulsa dressed as Joker. The squads will then meet for a Sunday matinee inside the Rushmore Plaza Civic Center before the Oilers head back to Oklahoma for a weeknight clash with the division-leading Allen Americans.

You can keep up with the Oilers this weekend and all season long by following us on Twitter where we live tweet every game. Simply follow @SinBinOilers for our Tulsa take, and @SinBinNews for all your AHL, ECHL, and SPHL news and notes.