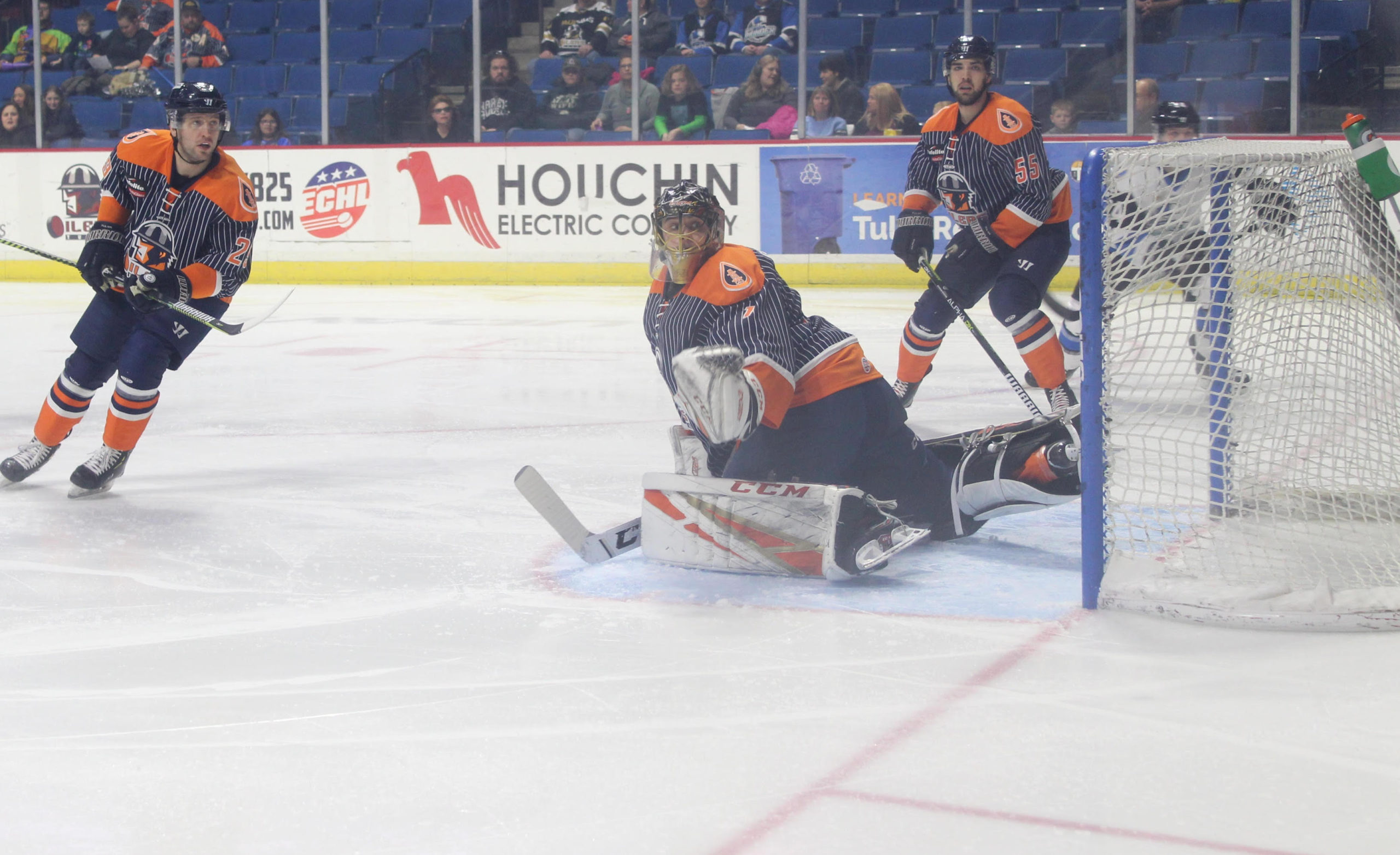 ”Ugly” wins thankfully count the same as pretty ones, and the Tulsa Oilers earned one on Sunday afternoon against the Wichita Thunder in the BOK Center.

TULSA, Okla. – ”Ugly” wins thankfully count the same as pretty ones, and the Tulsa Oilers earned one on Sunday afternoon against the Wichita Thunder in the BOK Center.
A crowd of 4,474 saw Oilers forward Ian McNulty fire the puck past Thunder netminder Evan Weninger at the 2:25 mark of the seven-minute extra period to give the Oilers their lone win on a three-game weekend that wasn’t their best thus far. It ended a nearly 140-minute shutout streak for the Thunder, extending back to January 6.
It was important for the Oilers to salvage the weekend with a win, and that was not lost upon Oilers Head Coach Rob Murray.

“There are not too many times in a season when you say it is a must-win, and tonight to me was just that. We just had to find a way to get two points. It was an ugly game on both sides, but we needed that. It was not pretty, but we got what we needed to get done.”
“We played a good game last night (Saturday) and did not get the result we wanted against a good team. Kansas City played a really good game against us Friday night, and we did not play very well.”

The game was the first career shutout for Oilers goalie Olle Eriksson Ek, who turned in a 28-save performance in comparison to Weninger’s 41 saves on 42 Oilers shots. The game was the end of three-game set for Tulsa and the grind of three games in three nights was apparent.

“Both teams are in the same boat, But you could tell it was not as crisp and the energy was not there. It is the typical third game in two and a half days that you have to deal with at this level. you are trying to get every ounce you can out of these guys. Those games on Friday, Saturday were hard fought games. It is nice, a good brand of hockey to watch.”

It gave Tulsa two out of possible six points on the weekend, which takes it out of the ‘total loss’ category, but there’s still a lot the team needs to fix. They’ll have a chance to do just that when they head out on the road for three straight games in Idaho this week before returning home on January 24 for a tilt with Kalamazoo.
Follow Rich and Cameron Turner on Twitter for a double-dose of Tulsa Oilers in-game coverage & news! Don’t forget to also follow The Sin Bin on Twitter and Facebook for all additional AHL, ECHL, and SPHL minor league hockey insights!