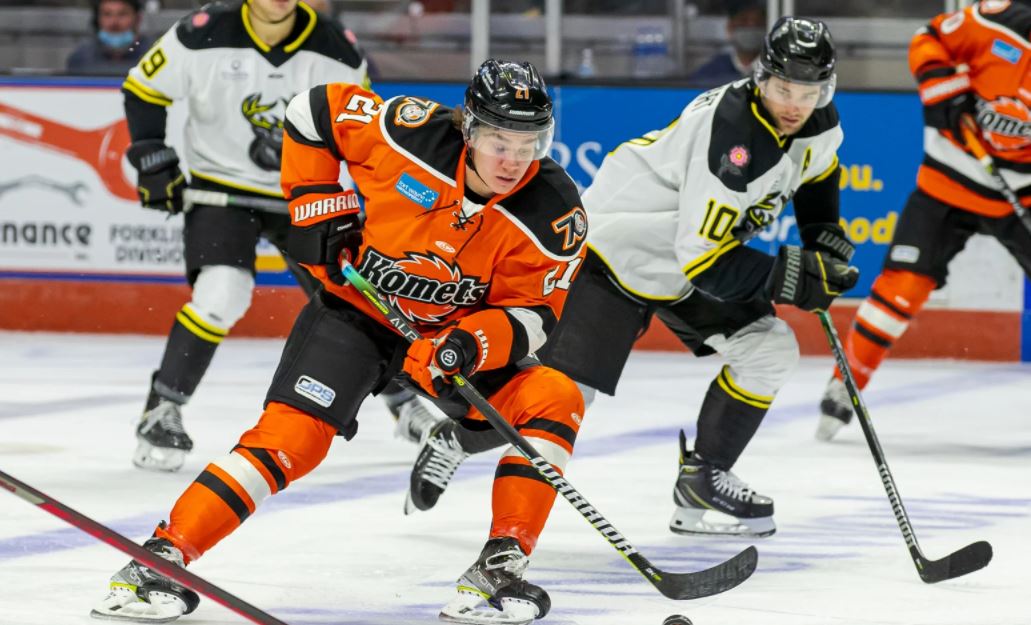 FORT WAYNE, Ind. – The Iowa Heartlanders were shutout for the first time in franchise history on Friday as Jiri Patera stopped all 24 shots he faced, leading the Fort Wayne Komets to a 4-0 victory. Will Graber had a goal and two assists and Blake Siebenaler had two goals for Fort Wayne. Trevin Kozlowski was solid between the pipes for Iowa, stopping 28 of 32 shots.

Fort Wayne jumped out in front just 64 seconds into the contest. The Komets were doing a great job of moving the puck around inside the Iowa zone. The pass came to Matt Murphy at the back door, but his initial shot was saved by Kozlowski. He regained the rebound, but his momentum carried him behind the net. After setting up behind the Heartlanders goal, Murphy passed in front to Kellen Jones who fired a shot that Kozlowski made another great save on. However, the rebound came to Graber, who blasted it in for his fifth goal of the year.

The Komets held onto the one goal lead heading in the second, but extended it to two at 7:07 of the second period. Graber carried the puck into the Iowa end, dishing it down along the boards to Tyler Busch. Busch found Connor Corcoran with a pass in the slot on a great tic-tac-toe play. Corcoran fired a one-timer that beat Kozlowski through the legs for his third goal of the year.

Siebenaler closed this game out with pair of goals in the third period to clinch the victory. The first came at 7:25, when Graber passed the puck back to the point where Siebenaler fired a wrist shot that went over the right shoulder of Kozlowski and in for his third goal of the year. Almost exactly six minutes later the Fort Wayne defenseman came up big again. This time Siebenaler passed the puck to Oliver Cooper who was just inside the right face-off circle. Cooper fed it back to Siebenaler as he was moving down the slot, who fired a wrist shot past Kozlowski for his second goal of the game, which made it 4-0.

While the offense was providing plenty of support, Patera was keeping Iowa out of the net. The Komets goaltender did a great job of shutting down Iowa in the first period, stopping all ten shots he faced. He faced 10 in the third as well, as the Heartlanders were looking to try to create an opportunity to get a goal, but Patera was dominant, stopping 24 shots in all. The shutout was his first of the season. Patera is now 4-4-1 with a 2.54 goals against average and a .914 save percentage.

Kozlowski took the loss, but he played very well giving up just four goals on 32 shots. That included stopping 14 shots in the third. Kozlowski moved to 1-5-0 with a 4.52 GAA.

These two teams will square off again this evening. The puck drops at 6:30 Iowa time.