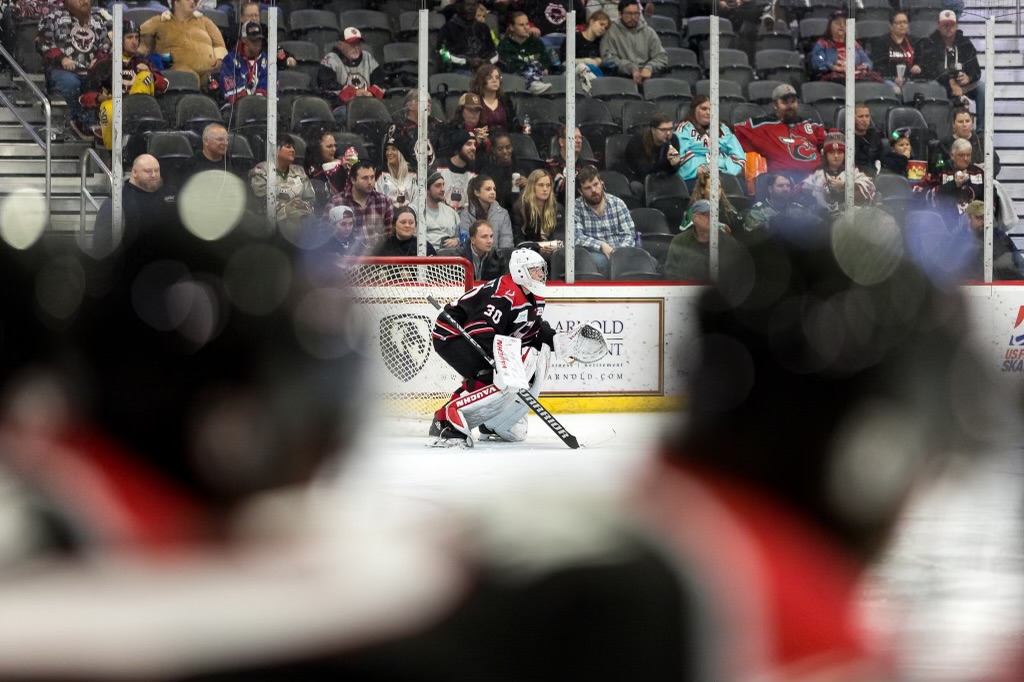 The Birmingham Bulls looked to get things on the right track in their weekend set against the Pensacola Ice Flyers, but the Ice Flyers had other plans

PELHAM, Ala. – This weekend, the Birmingham Bulls set out looking to get things on the right track in their weekend series against the Pensacola Ice Flyers. After dropping their last game against Pensacola one week before by a score of 4-1, the weekend’s home-and-home series was supposed to be redemption time for the Bulls. However, the Ice Flyers had other plans.

Friday night, the Bulls welcomed the Ice Flyers to the Pelham Civic Center. Saturday night at the Pensacola Bay Center, we saw a Bulls team that had learned from mistakes and were able to get some offense going. But, it was the result was the same for the Bulls. This time the Ice Flyers doubled up the Bulls, 4-2.

Let’s breakdown the weekend and see where things went wrong.

Friday night at home, the Bulls went down early when Dawson Baker and Douglas Elgstam netted goals in the first period. Pensacola did a great job keeping everything to the outside in their own zone and preventing the Bulls from getting any good looks at the net. When Marcus Russell netted another one for the Ice Flyers at the 6:58 mark of the second, it was looking very gloomy for Birmingham.

Russell Jordan did give the Bulls life late in the second, though, when he scored his fourth goal of the season.

Once again, though, the Ice Flyers had an answer, and less than a minute later, Petr Panacek answered, and it was once again a three-goal lead. Unfortunately for Birmingham, Brennan Blaszczak would add a powerplay goal just around the six-minute mark in the third, which would be the final nail in the coffin.

To say the offense was missing may not be an understatement at all for the Friday night matchup; when we look at shots on goal, the Bulls were outshot 32-18 and only registered two SOG in the third period.

When he addressed the media after the game, Bulls head coach Craig Simchuk emphasized the need to get things together and start playing as a team heading into their contest the next night:

“We need to play as a team, a lot of individual aspects out there. Guys trying to do too much, do someone else’s job. Something we talked about for the last couple of weeks, and they’re just not getting the message sent to them.”

The first period Saturday night was a lot better on both sides of the puck for the Bulls,  despite Blaszczak starting the scoring for the Ice Flyers midway through the first. CJ Hayes answered a few minutes later with a goal of his own sending the Bulls into the first intermission tied 1-1 with Pensacola.

The second period was very similar to Friday night, where the Ice Flyers weren’t giving Birmingham any room in the offensive zone. Elgstam netted a power-play goal for Pensacola at the 7:27 mark, and once again, the Bulls were trailing. Despite only registering three shots on goal in the second, Jordan made one of those count in the final minutes of the period getting his fifth goal of the season and second of the weekend.

The Bulls came out of the locker room after the second intermission looking to get their first lead of the weekend with the score locked up at two goals apiece and really put together one of their better offensive performances of the weekend.

But former Bulls netminder Hayden Lavigne had other plans and stopped all 15 shots he faced. Pensacola added two more goals in the frame from Preston Kugler and Jan Salak, which proved to be the difference. Birmingham dropped their fourth straight against the Pensacola Ice Flyers this season.

Next up for the Bulls is back-to-back home games against the Fayetteville Marksmen, who got off to a hot start this season, going 4-0 before struggling against the Knoxville Ice Bears this past weekend.

This upcoming homestand is going to show us whether or not the Bulls can put this past behind them and bounce themselves back into the win column against a team that doesn’t score a lot of goals but has the ability to lock down their opponents just like the Ice Flyers did to the Bulls over this past weekend.