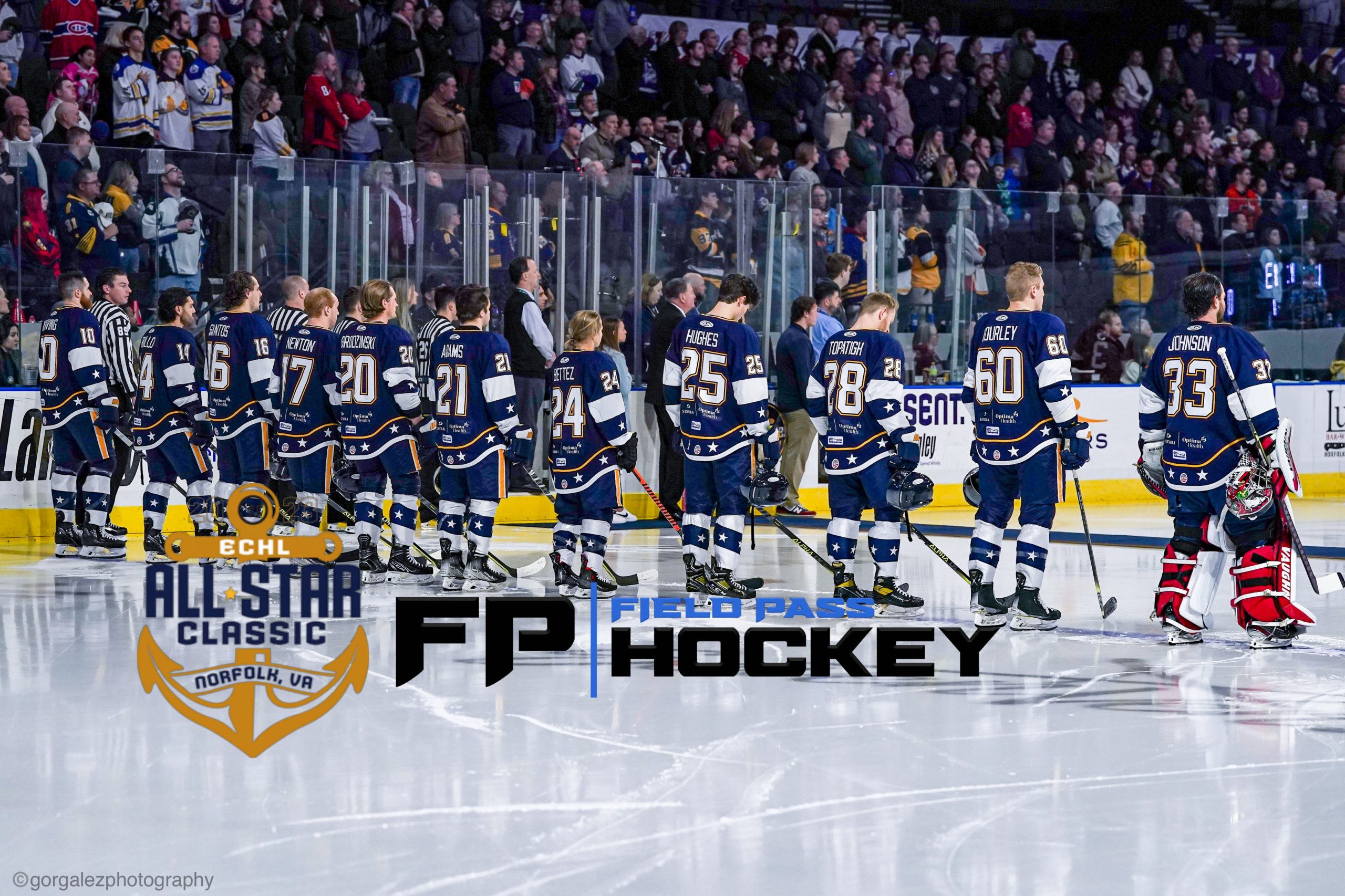 #ECHLPHOTOS | On Monday night the @NorfolkAdmirals hosted the 2023 ECHL All-Star Classic.
FPH Photographer @rebeccagorgalez was there and snapped this gallery!

The Admirals split into two smaller teams, named the Destroyers and the Cruisers. Along with adding some female players, they took on two teams of ECHL All-Stars. The four teams played against each other in multiple scrimmage-style games and then competed in skills competitions to earn extra points for their team. The Destroyers won the final competition against the Western Conference All-Star team.