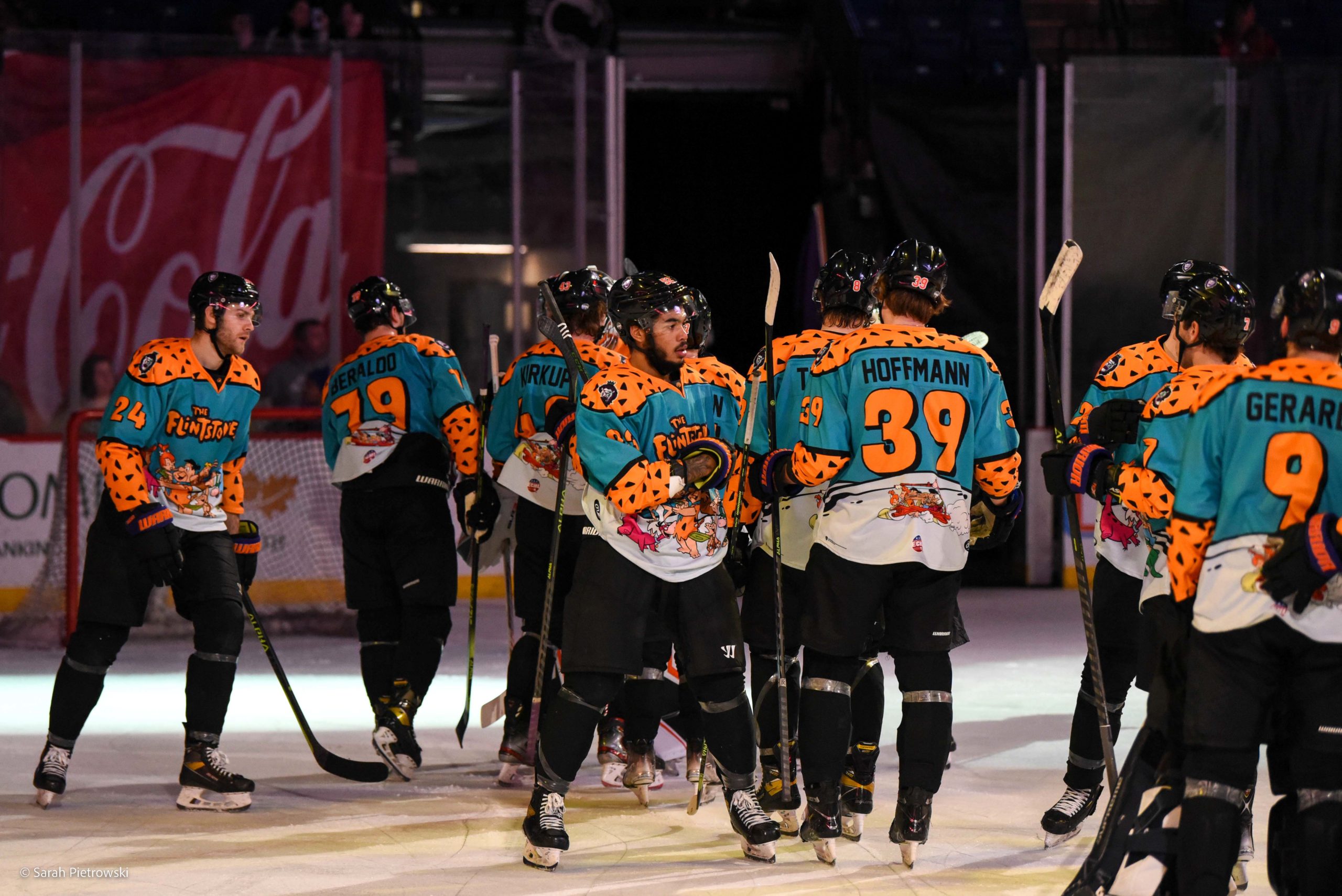 #ECHLPHOTOS | On Saturday night, the @ReadingRoyals and @ECHLThunder faced off for the second game of a back-to-back weekend series.
FPH Photographer @Spie_Photo was there for all the action!

READING, PA – On Saturday night, the Reading Royals and Adirondack Thunder faced off for the second game of a back-to-back weekend series.

Like the night before, the Thunder opened the scoring when Shane Harper scored 11 minutes into the first period. After no scoring during the second, the Royals got on the board with 12 minutes left in regulation when Tyler Kirkup scored for the second straight game. Charlie Gerard scored six minutes later to give the Royals the lead. The Royals Brendan Hoffmann secured the game with an empty-net goal with one minute left in regulation, for a 3-1 victory.