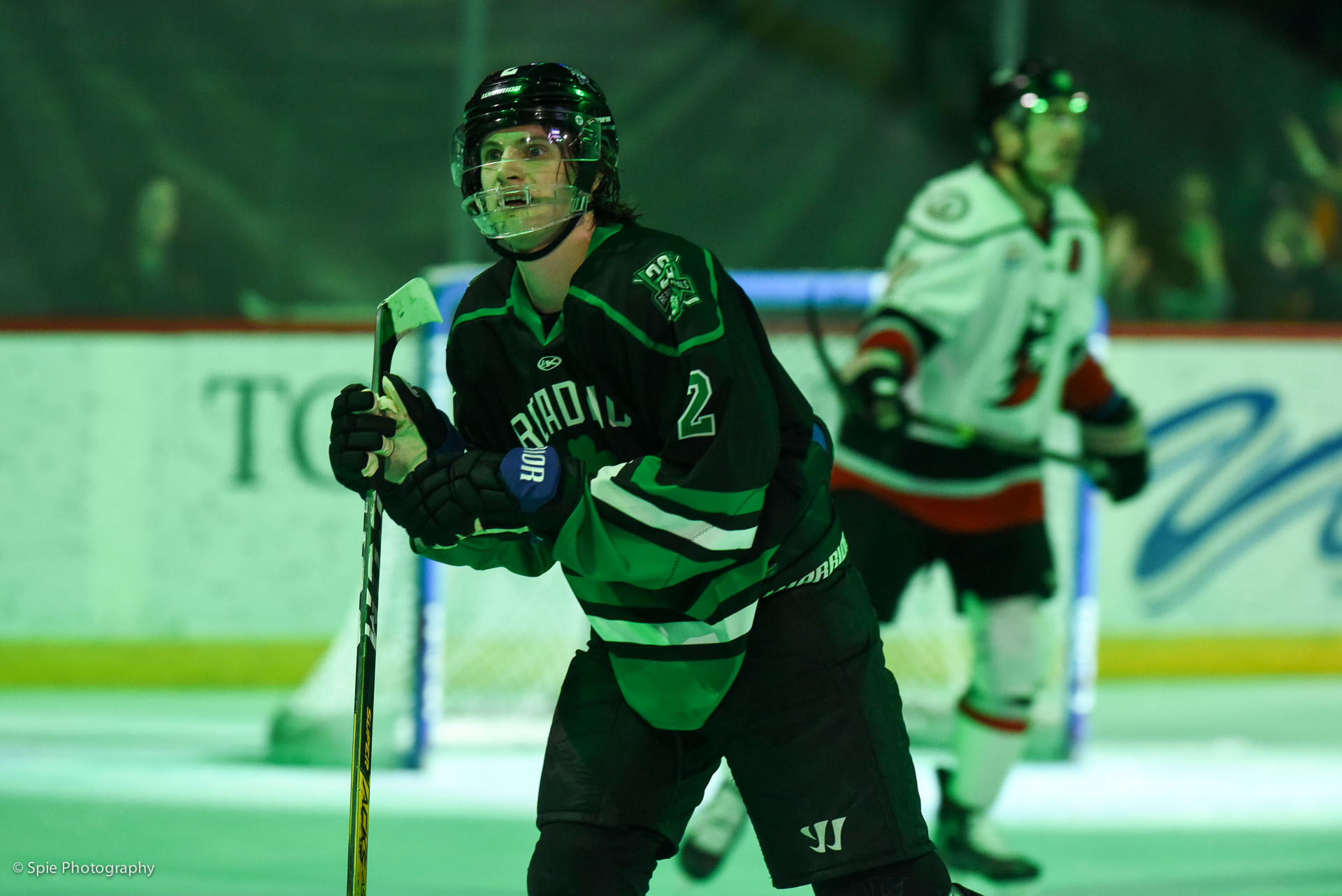 The Reading Royals and Adirondack Thunder faced off Saturday night in the second of a three game series, and played on green ice as part of the St. Patrick’s celebration.

Reading, PA – The Reading Royals and Adirondack Thunder faced off Saturday night for the second game of a three game series. The game was once again played on green ice as part of the Royals St. Patrick’s celebration.

The Royals opened the scoring 2:52 into the first period on a goal from Frank DiChiara. The second period saw six goals scored between the two teams. Trevor Gooch scored his 25th goal to give the Royals a 2-0 lead. Shortly after Gooch’s goal, Mason Millman scored from the point to put the Royals up 3-0. The Thunder got back into the game with goals from Shane Harper and Luke Stevens to cut the Royals’ lead to 3-2. The Royals responded late in the period, with goals from Brad Morrison and Jacob Pritchard. With no goals scored in the third, the score remained the same with Reading taking the 5-2 victory.

Check out this photo gallery from Field Pass Hockey’s  Sarah Pietrowski for highlights from the game.